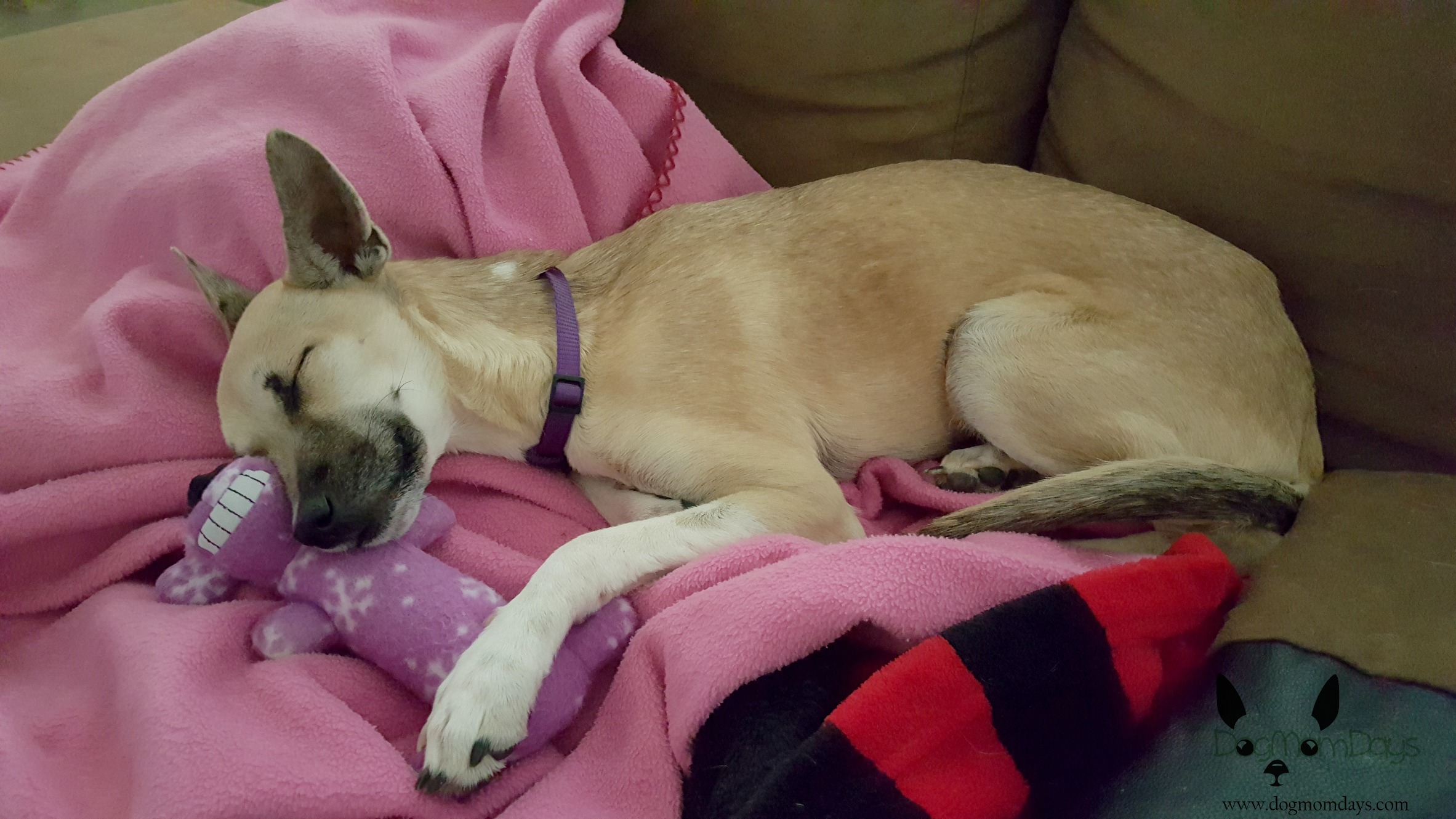 Last night I lost it.  I’ve been remaining strong since McKenzie Rae became ill on Saturday but I couldn’t hang on anymore.  I just had to cry.  As I sat on the floor next to McKenzie as she laid on the couch, I cried as I watched her struggle to open her eyes.  It was painful for me to watch but I can’t imagine how painful it was for my baby girl.

We still don’t really know what’s going on with McKenzie’s eyes but we do know that they aren’t even producing tears, which makes her eyes extremely dry.  She’s on Optimmune, a medication to help her eyes, and artificial tears.  When Matt came home last night, McKenzie sat up but she couldn’t open her eyes to see him.  It was extremely depressing.  At the time, her eyes were filled with the medication, so I decided to give her a break and not put the gel in her eyes for a while.  I can’t imagine how uncomfortable it is to have all that icky goop in your eyes. 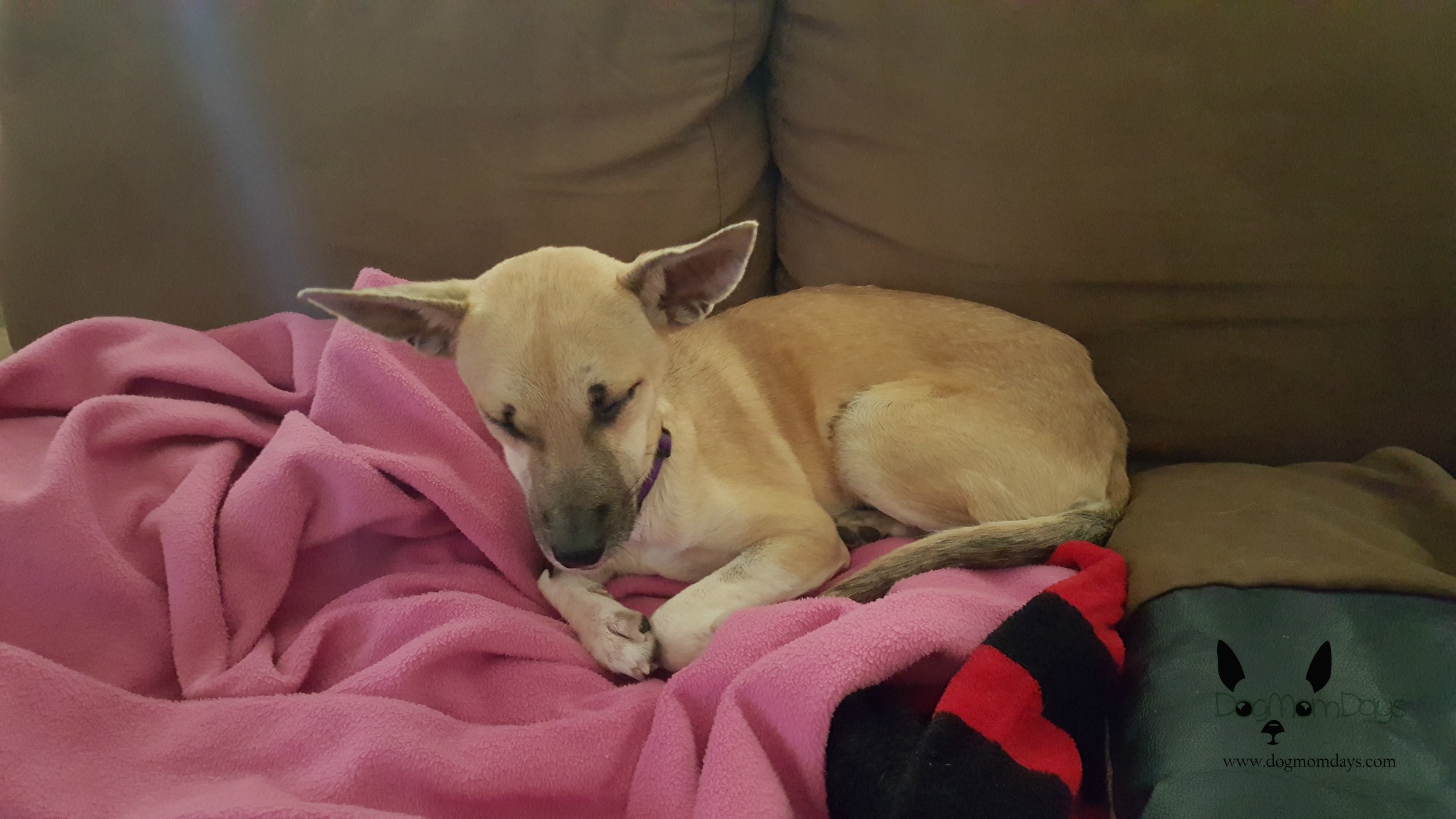 All day yesterday, McKenzie Rae ate like normal.  I fed her a full meal four times. Eggs, sausage, chicken, turkey, salmon, dog food…she had it all.  I gave her wet food with a lot of water in an attempt to hydrate her.  I felt much better when she fell for my trick and sipped up every last bit.  At least she was eating and getting some sort of fluid into her system.

McKenzie is still going potty normally.  I pay close attention when she does her business and everything is normal.  She can walk fine, which is a blessing but I know she’s still weak.  I’m also thinking that she may not want to get up much because it’s hard for her to see.  I know I wouldn’t want to get up if I were in her position! 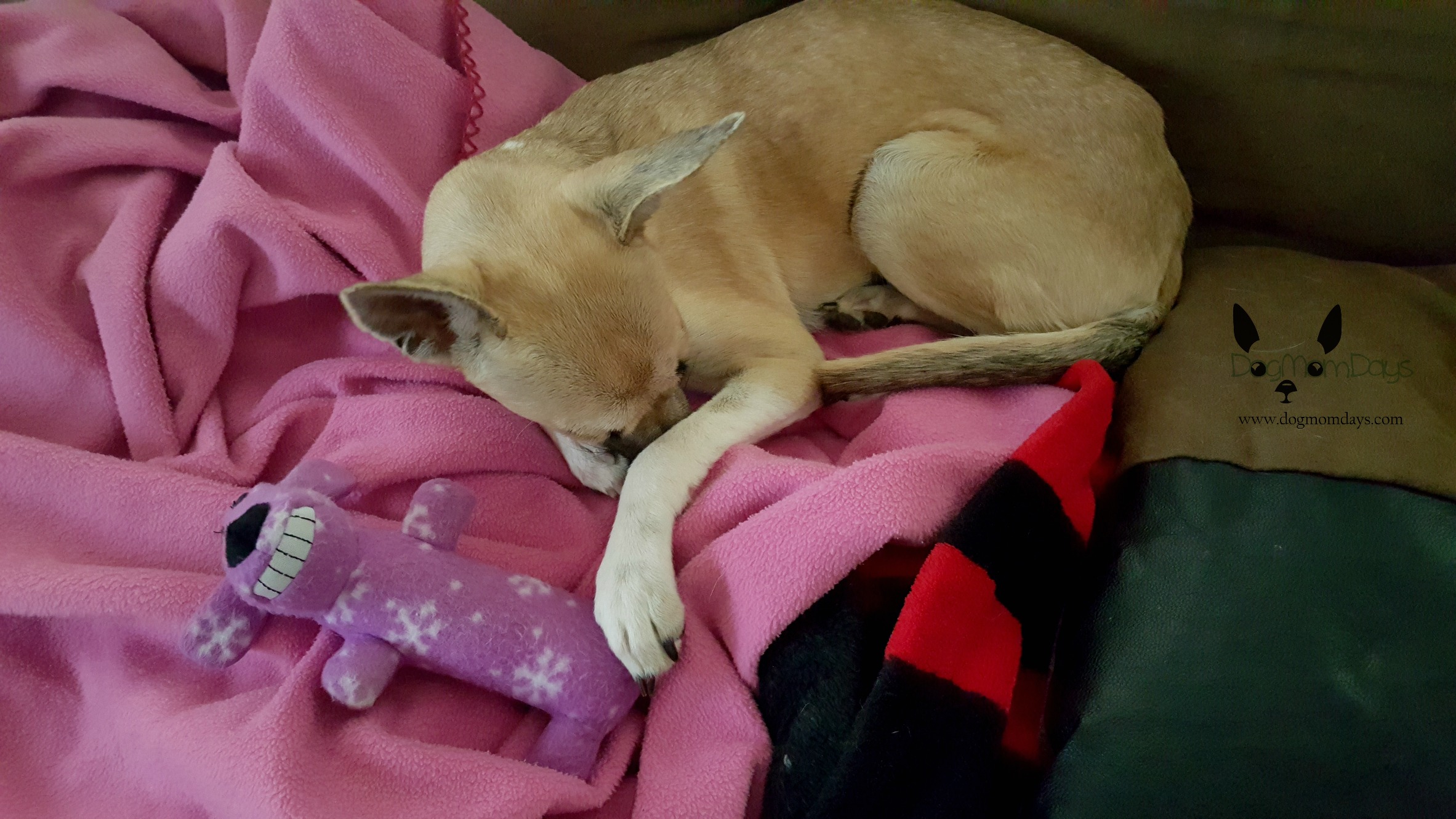 Today we were supposed to leave for our house in California.  As you may have guessed, we aren’t going.  My animals’ comfort comes before mine and I don’t want to put McKenzie through a six hour road trip.  If I was that sick, I sure as heck wouldn’t want to travel.  It’s a bummer that we can’t go to CA but it’s a bigger bummer that my baby is sick.  Matt is very much in agreement with me.  He doesn’t want her to travel unless she’s 100% better.  Have I mentioned how amazing he is?! 🙂

Recently I fed McKenzie Rae wet food and added a lot of water.  I also gave her some grain free puppy food.  It has a lot of protein in it and we’re trying to help McKenzie gain weight. Thankfully she very much enjoyed it.  I also gave her the antibiotics for her URI, which seems to be getting better.  Her breathing seems normal and she’s only coughing a little bit.  At least there’s some sort of improvement?

Dr. Olson said I need to keep a close eye on McKenzie Rae until she’s engaging in normal activity.  I’ve just been praying to God that the moment will come soon.  I miss my little girl running around the house playing and jumping on me with those super long legs.

I love McKenzie so much.  We all do.  We’ll do anything we need to do so she can feel better, and we are. We’re doing everything possible and following our vet’s expertise.  All we want for Christmas is for our girl to be healthy again.