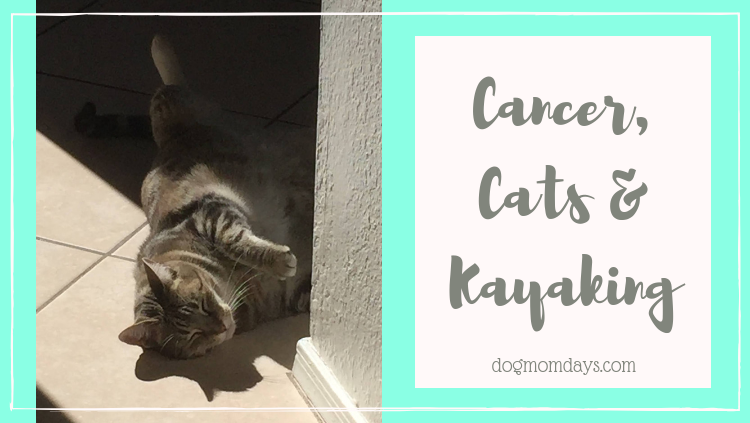 Yesterday we received results of my stepdad’s (David) latest cancer biopsy. In 2016 he was diagnosed with stage 4 prostate cancer, and now it’s more aggressive than ever – the current nodules in his lungs are positive for high-grade malignant metastatic prostate cancer.

Today our family cat, Ceto, crossed the Rainbow Bridge. On Tuesday we found out she had a 2-3 INCH tumor in her stomach. She’d basically been starving to death, so it was time for her to make her crossing.

Tomorrow I have a mammogram, at the age of 30. There’s a lump in my right breast. Breast cancer runs in my family.

So why am I sharing all of this incredibly personal information? Because this is life behind the glory of traveling, kayaking, and owning a business. This is the raw truth as of today, and I know everyone can relate to a piece of it.

We all know someone who has been affected by cancer, whether it’s you, a family member or close friend. This is the closest cancer has ever hit me. My step dad is young, in his late 60s. He’s so lively, and has always been active. But cancer doesn’t discriminate.

When David was diagnosed in spring 2016 I spiraled into a deep, dark depression. I was crying every single day, mostly for “no reason.” I didn’t know if he would be around for my wedding that year. But he was, and his condition started to improve.

But we’re seeing a decline again.

David went through chemotherapy and immunotherapy over the last couple years. Chemo is a b***h. It damaged his brain and his body. It was terrible. But I was with him every step of the way. Taking him to appointments, being there for him and my mom whenever they needed me. And I will be this time around also.

I watched the struggle of chemo but I watched David thoroughly improve after the immunotherapy. He became “healthy” again. Active. Happier. Despite the side effects, I saw David begin to live again.

However recently the pain came back. Fatigue. Slowing down. My mom and David knew something was wrong. And it is, so here we are. Round two of chemotherapy starts October 8.

Honestly I’m worried. It took such a toll on him before, and I watched it all. How much cancer and chemo can a human body take? I don’t know. And I’m afraid to find out.

About 12 years ago my sister Kim and her then boyfriend adopted a new kitten to be named Ceto. Ceto means “big cheeks” in Greek. Ceto quickly became the family cat and lived with my mom and David for over a decade of her life. Ceto was everyone’s cat. She was the “Piggy.” Ceto was spoiled and so, so loved. She ruled the house, as cats typically do, and we were all her slaves. When I’d go over to my mom’s Ceto would manipulate me for food and rubs, and boy, would she get what she wanted.

Over the course of the last year Ceto started losing weight. I remember noticing it during the winter and my mom took her into the vet because she wasn’t really eating. Turns out she had some issues with her teeth, which were taken care of via veterinary attention. Ceto became happier and started acting like herself again. We figured she was in pain because her teeth were in rough shape, so after some teeth were pulled her state improved. But not for long.

Ceto continued to lose weight, and eventually she stopped eating. Mom and David took her into the vet again and they found a 2-3 inch tumor on her stomach. The news was devastating but not surprising. When I saw Ceto on Tuesday she was skeletal, as she had been for a while. She seemed like herself, meowing and manipulating the family, but not eating. Ceto had been starving, and now we know why.

Today we said goodbye to Piggy. She was young, only 12 years old, which makes the situation that much more difficult. But she couldn’t suffer anymore. No one can live life without eating. We could not allow her to waste away.

Ceto passed this morning in my mom’s arms. She enjoyed time outside last night and this morning before she made her journey across the Rainbow Bridge. I want to remember Ceto as the 15lb cat I knew, rather than the 6lb cat I saw on Tuesday. And I will.

“All the love you ever gave is waiting for you there, at the Rainbow Bridge.”

And now there’s a lump in my right breast.

Actually, I noticed it about a month ago but brushed it off. I do regular self-examinations in the shower, and I’m glad because something isn’t right. I wasn’t going to tell my mom because I don’t want her to worry about me with everything else she has on her plate, but she’s a medical professional and I need her support. So tomorrow I go in.

I called the doctor yesterday to make an appointment and they wanted to get me in right away, but I couldn’t handle anything else emotionally. I head to the doctor tomorrow morning at 8am. I’ve never had a mammogram but I have to do it. Yes I’m young but I have a family history of breast cancer.

I mean, who knows, it could be nothing and it probably is! You can never be too safe, though. If something is going on, even if it’s just a fatty cyst, I’d rather know and take care of it and have answers. I’m not one of those people who doesn’t want to know what’s up. I want all the answers so I can move forward and take appropriate actions. 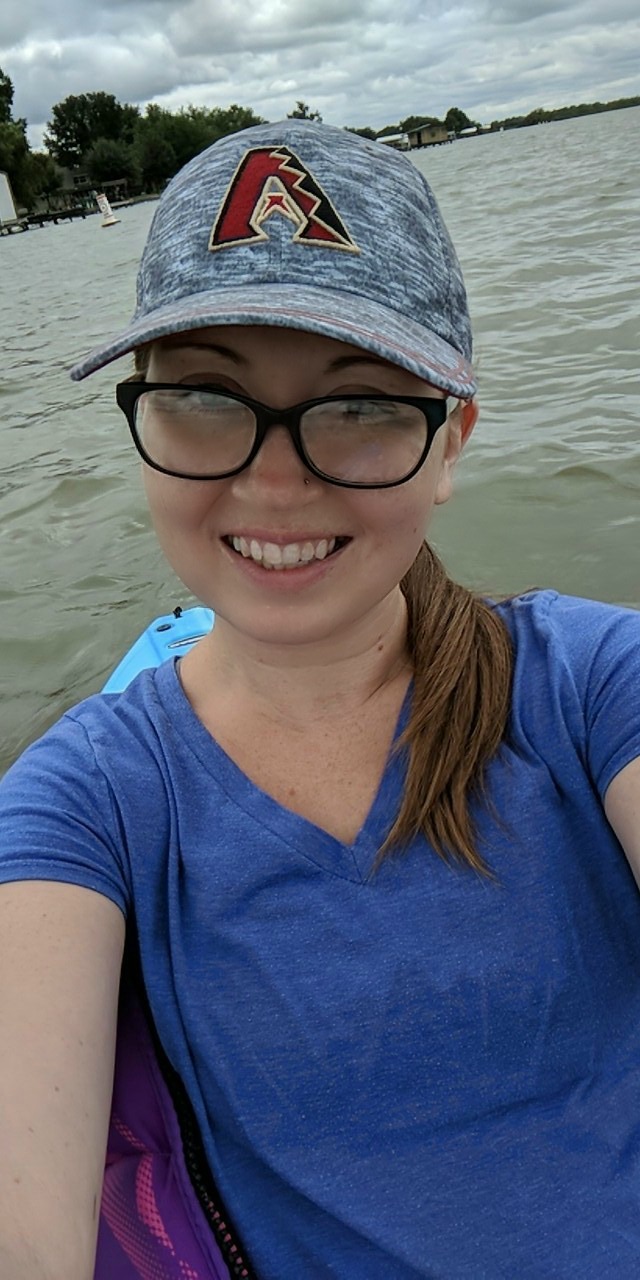 So again, why am I sharing all of this? Because this is real life. I’ve been traveling a lot with Wynston, I’ve discovered a love for kayaking, and I’m happy in general. However life sometimes throws you curve balls. When it rains, it pours.

This is what I’m going through. I’ve always been open about sharing life’s struggles on my blog because I understand that everyone can relate to some aspect of it. I’m a real woman, a fighter, a survivor, and I want to encourage others to talk about what’s happening with them, because it can be incredibly freeing.

It’s difficult to be mindful and grateful during these times, but I’m trying my best. For example:

Yes, it sucks that I have to go to the doctor for a mammogram but I’m grateful that I have access to medical care and health insurance.

It’s awful that David is a victim to cancer, but at least I’ve gotten to be there for him throughout the journey, and I can continue to be.

Ceto had to cross the Rainbow Bridge, but I’m grateful that she lived an amazing life and she passed surrounded by people who love her. She was never alone.

I’m also being kind to myself. I’m allowing myself to feel and cry. I’m allowing myself bad days, but I’m working hard to make sure I don’t isolate myself. I’m trying to surround myself with friends and family and people I can talk to. In the past I’ve been guilty of becoming a hermit because I’m too depressed to do anything, but this time I’m trying a different approach.

Instead of laying around feeling sorry for myself, I’m feeding my soul, as I’ve learned from Aimee at Irresistible Icing. I’m focusing on me and my hobbies. I’ve learned that I can’t take care of anyone if I don’t take care of myself first. I go kayaking, play video games or travel so I don’t fall into that downward depression spiral again.

I don’t write this for sympathy. I write this because this is real. This is Dog Mom Days. And this is my life as a dog mom.