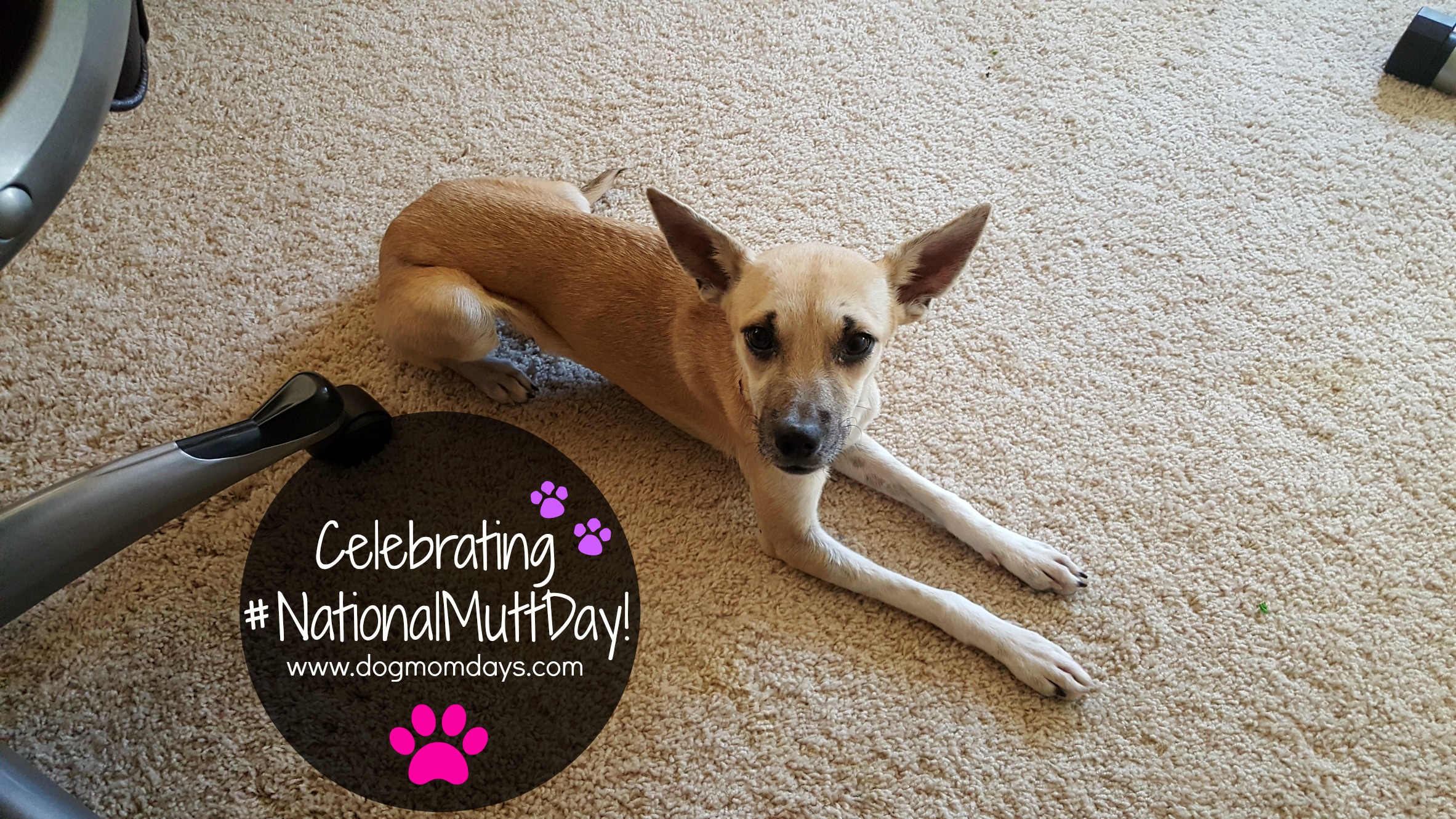 It’s the perfect time to give you all some updates on McKenzie Rae, as it’s National Mutt Day!  McKenzie truly is a mutt.  I’m going to be testing her DNA with the Wisdom Panel Canine DNA test kit, but until then I’m still guessing she part deer, kangaroo and coyote 😉

In just one short week, McKenzie Rae is a new dog.  I can’t believe the progress she has made!  She has adjusted to living in a house very well.  I think McKenzie knows she’s surrounded by love.  So what’s new with her?

I’m so happy that McKenzie Rae is progressing the way she is.  We have a lot to work on but with how fearful she was the day we brought her home, I thought that it’d take much longer than a week for her to start coming around.  I can’t wait to find out what breeds she is in the meantime.  It sure will be interesting!

Happy National Mutt Day!  Do you have any mutts at home?