We all had a favorite toy or toys when we were young.  For me it was Beanie Babies, dolls and Polly Pockets.  Well, dogs aren’t much different from us in that regard.  Most dogs (who don’t destroy all of their toys) have at least one toy that they gravitate toward. 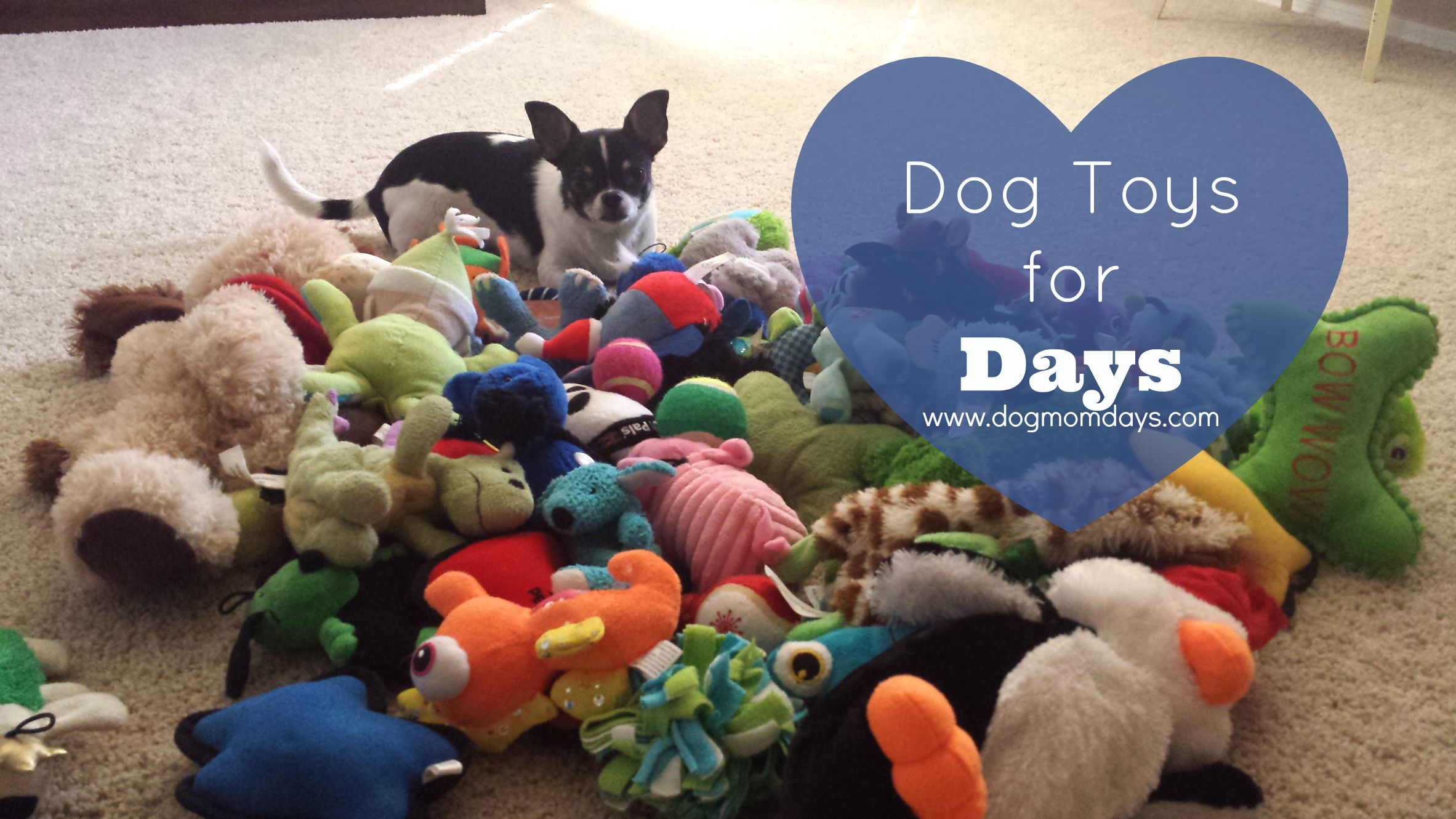 Wynston and Khloee each have their favorites, which they play with on a daily basis. Khloee’s favorites are her Christmas Eeyore and Minnie Mouse.  I will admit – Eeyore is a bit gross now.  She likes to sit and chew on his ears after she plays with it.  Sometimes I will step on Eeyore and the ears will be soggy.  #dogmomproblems.  She also likes to chew on Minnie’s tail.  It’s weird but it’s pretty flippin’ cute. 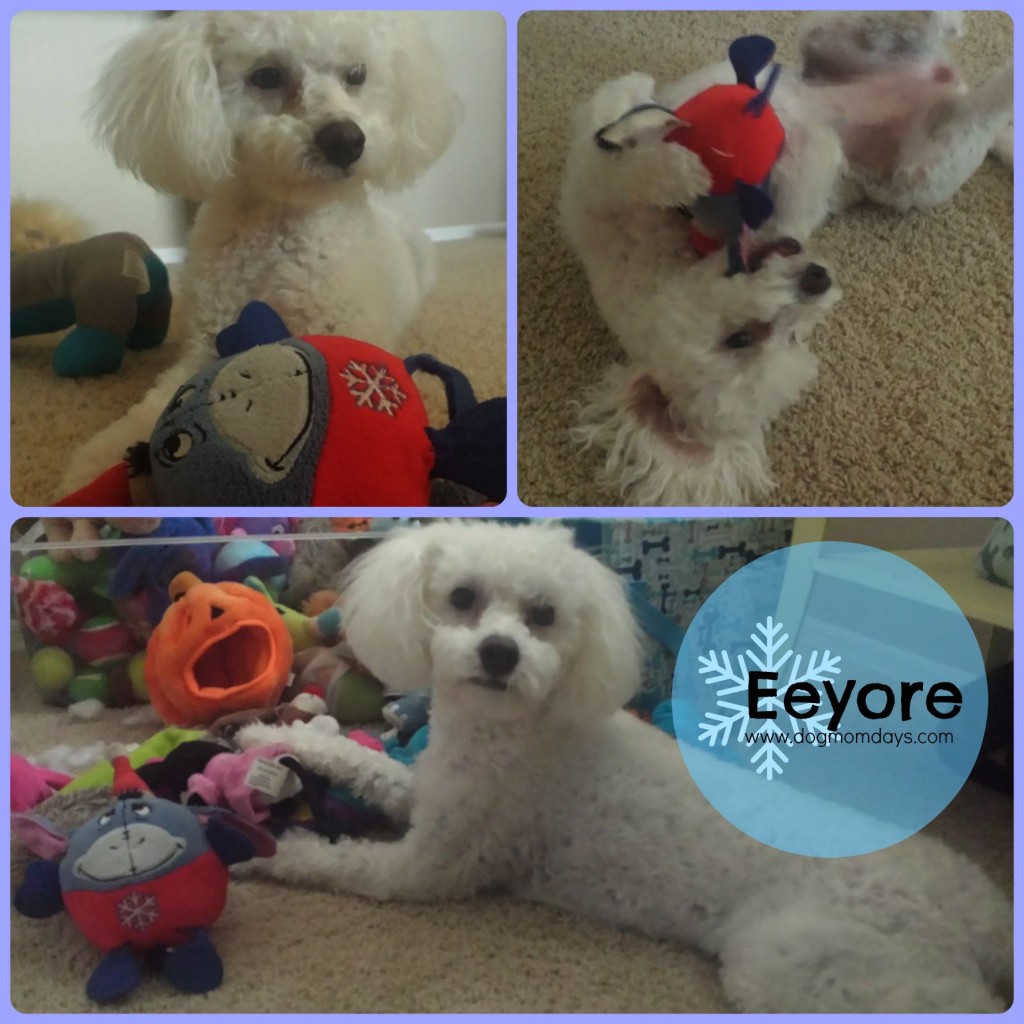 Wynston’s most favorite toy is his Easter bunny.  He’s had it since a month after I rescued him, which is more than 3 years now.  It’s in great condition for being so old.  Wynston loves “Easter” (as we call it) so much.  It’s always his go-to toy.  He also really loves his crinkle cows (both big and small), agility giraffe, Franken beagle and blue dog.  Of course he has many others that he plays with frequently, but I’d say these are his favorites. 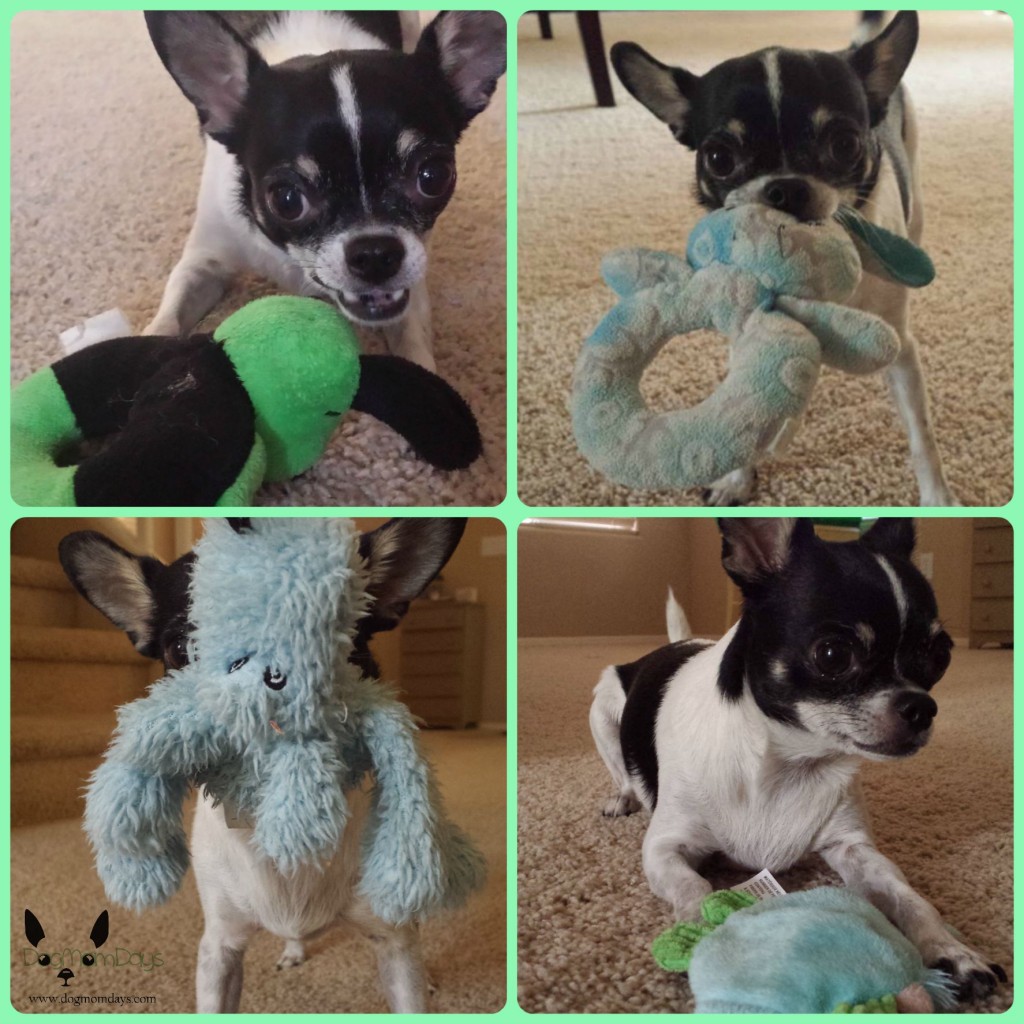 Wynston nor Khloee chew up their toys.  It’s great but at the same time, the toys keep piling up!  Every Christmas season, I go through the toys to see which ones they rarely play with, if at all, and I donate them.  This way we’re giving to animals in need and I have an excuse to buy more toys!

Does your dog(s) have a favorite toy that they play with?  Or do you have a dog that is constantly destroying their toys?