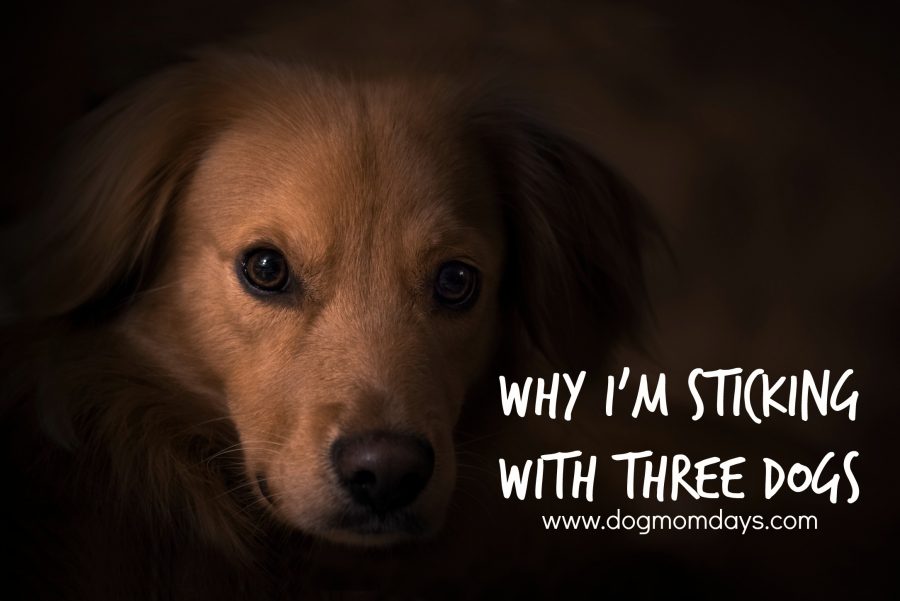 For months I’ve been wanting to add a fourth dog to our family. Twice I’ve found an American Staffordshire Terrier mix that I wanted to adopt but the same question came up both times: “Do you know if she’s good with cats?” This is what I would ask the shelter volunteers because after all, I have two kitties. And not only that, but my tabby cat Joey is disabled. Although I was heartbroken because I wanted these dogs, I wasn’t willing to risk Joey’s safety. So what happened when I found a fourth small dog to adopt? I risked Joey’s safety.

For as long as I can remember, I’ve wanted to rescue a deaf or blind dog. I wanted to give a great life to a dog that was perhaps “less adoptable.” The situation never really presented itself until my dear friend Christina of Deaf Dogs Rock showed me a photo of an adorable deaf Chihuahua puppy that needed adopting. She was simply wanting me to share the photo. However, when I laid eyes on his Facebook photo, my heart melted. I wanted him, and I wanted him badly.

After some back and forth with Christina, I met up with the dog’s current foster mom, Nicole. The puppy, named Bayo, is 4-6 months old. He is in good health aside from being partially to fully deaf. This was the perfect opportunity for me. He’s small, precious and still a puppy so I could really take time to train him and acclimate him. Or so I thought.

When I arrived at Nicole’s house just 24 hours after seeing Bayo’s initial picture I walked in the door and Bayo immediately took to me. I held him in my arms and he just wanted to lick my face nonstop. He seemed loving and well-behaved. Bayo did well with Nicole’s kids and big dogs so I figured I had nothing to worry about, right? Wrong. 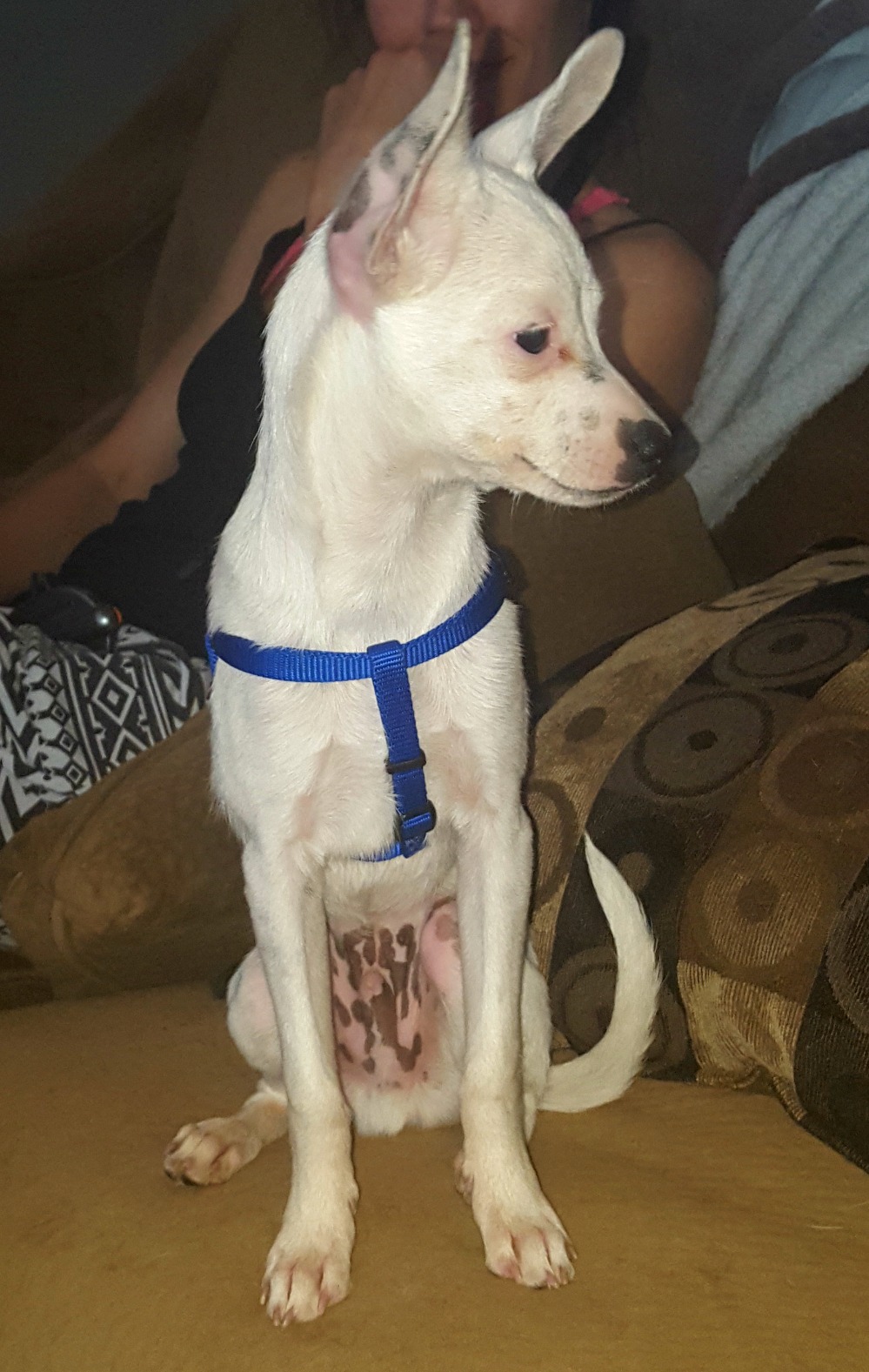 When I got Bayo home, I introduced him to Wynston in the backyard. Bayo was happy to run around but he quickly turned his attention to Wynston. Well, Wyn was not having any of that. Bayo is a puppy, he has sharp puppy teeth and he’s full of puppy energy. Wynston does not appreciate dogs that are in his face and this little puppy was trying to eat Wynston’s face. Strike one.

Then we introduced Bayo to Khloee. Khloee is extremely laid back and doesn’t really care about anything except the Universe itself…until Bayo came along. He was jumping all over Khloee, trying to get her to play but she wanted nothing to do with it. Khloee growled and snapped but Bayo didn’t seem to care. Strike two.

Meanwhile, McKenzie Rae is barking incessantly from behind the french doors because she wants in on the action! While McKenzie Rae is playful, she still has some aggression issues we’re working on. Just like Wyn, McKenzie Rae did not like Bayo in her face. Matt and I sat with them on the floor to ease the intro. After about five minutes of us holding the dogs and letting them nicely sniff, McKenzie got over it. Alright, well, that’s a start.

After the initial dog-on-dog meetings, all hell broke loose. Bayo wouldn’t stop running and jumping around which is 100% fine…I mean, he is a puppy. However, he started terrorizing my dogs. He would lunge at them, bare his teeth and try to bite them. I know what puppy behavior looks like, and this was NOT it. I went to pick his little 5lb body up but when I did so, he attacked my arm. Ouch. Then Sadie, my calico cat, came out from the den area and he went full speed after her. Now I’m thinking, “Well shit. What did I do?”

I decided it’d be best to separate Bayo and give him some time to cool down and get used to the sights and smells. I put him in a lit room with a baby gate so he could see all of the action. Then I heard a noise that I’ve never heard from a dog before. It was an extremely loud, screeching scream. Not only was it terribly ear piercing but we have wood floors throughout our house so the echo made it 10 times worse. I took him out of the room and decided to sit on the floor and put him in a crate. I figured I’d give him treats and positively reinforce him being quiet in the crate. It worked until I got up and walked two feet away. The screams started again.

When Bayo got quiet, I let him out. I didn’t know what to do. Then, the worst part happens. Joey starts walking out of the guest bedroom and Bayo lunged in and began to attack him. I was at a loss. He’s terrorizing my dogs and he just attacked my DISABLED cat.

I was so exhausted from our road trip back from California and Matt was starting a new job the next morning, so we headed for bed around 10. I decided it was best to just separate him in a crate for the night because he was exhibiting some absolutely crazy and aggressive behavior. Bayo screamed…all. night.

I got maybe two hours of sleep. I tried to let him out a couple of times to go potty but each time he wanted to attack my dogs and/or cats. Originally I thought he was just being a playful puppy but I finally admitted to myself that this behavior wasn’t normal. I put Bayo back into the crate and let him scream himself to sleep. I didn’t know what else to do.

The morning came and Matt was getting ready to head to work. I took Bayo out potty and gave all of my dogs a dental chew. This was the only moment that I had a glimmer of hope – Bayo laid down on the rug next to my other dogs and quietly enjoyed his chew. But afterwards, hell broke loose again. My dogs seemed scared and and irritated while Joey hid in the closet and Sadie wouldn’t come down from the bathroom counter.

I told Matt that I didn’t think this was going to work. I’ve never been in this situation and I feel like a failure but I have got to think about my five animal’s happiness and safety first. It’s not fair to compromise their mental and physical well-being for this little puppy.

After talking it over with Christina, she helped me decide that it just wasn’t the right match. Bayo had done fine at Nicole’s house with her kids and big dogs, so maybe that’s the type of household he needs. Oh, and one without cats.

What I learned from this failed dog adoption:

I know that Nicole has a possible adopter lined up but she also told me that if it didn’t work out, she’d keep Bayo. I sure hope that she does. Bayo seemed to do well in that house and Nicole is an absolutely wonderful person. She was eager to learn about deaf dogs and had already been talking with Christina about neutering and training.

I admit it. This fourth dog adoption didn’t work out. Do I feel like a failure? Yes. Do I feel terrible? Yes. But, I don’t care what other people think. I did what was best for MY animals AND for Bayo. Nicole lives only 15 minutes from me so I can still check in on the little man and help out any way I can! Bayo will be a fantastic dog in the right environment. I hope Nicole keeps him so I can watch him grow and develop!