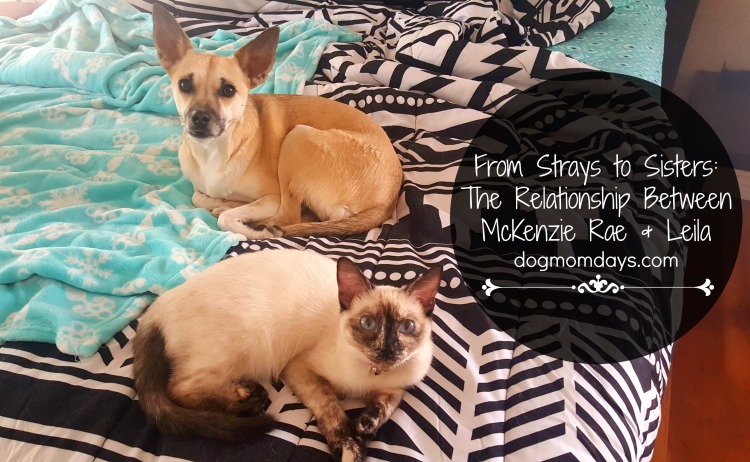 From Strays to Sisters

Matt and I feel very blessed that all six of our animals get along famously. There’s a quarrel every now and then, but it’s just like siblings! Each animal also has sibling preferences, for example Wynston and Khloee are very close, as are Wynston and my cat Sadie.

About three days after we brought Leila home, I noticed her sleeping right next to McKenzie Rae. Leila would follow her around and play with McKenzie as if she were a dog. (Now I’m convinced Leila thinks she’s a dog because she literally does everything with the dogs, which includes playing fetch). McKenzie Rae is a small dog, but big enough to hurt a small kitten on accident. But she surprised me with how gentle she was with Leila. Normally McKenzie gets crazy, jumpy and active when she’s playing and excited, but with Leila she was unusually gentle.

Fast forward a few months. Leila sleeps next to McKenzie Rae in our bed every night. They take afternoon naps together. Leila enjoys grooming McKenzie Rae, and let’s be honest – Kenzers loves it. They cuddle and take turns acting motherly toward each other.

With my own animals I’ve never seen a bond like the one McKenzie Rae and Leila have. Every time I see the girls napping together my heart just melts. As Leila gets bigger, she has more fun rough-housing with McKenzie. I cannot handle how incredibly precious they are together. It’s almost like they know that they were both strays. But now these two spunky girls are sisters, and the best of friends. 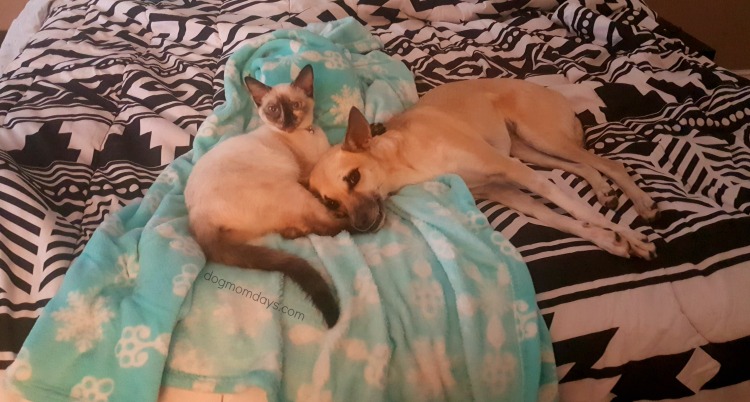 Do any of your pets have special bonds with each other? I’d love to hear about your experiences!