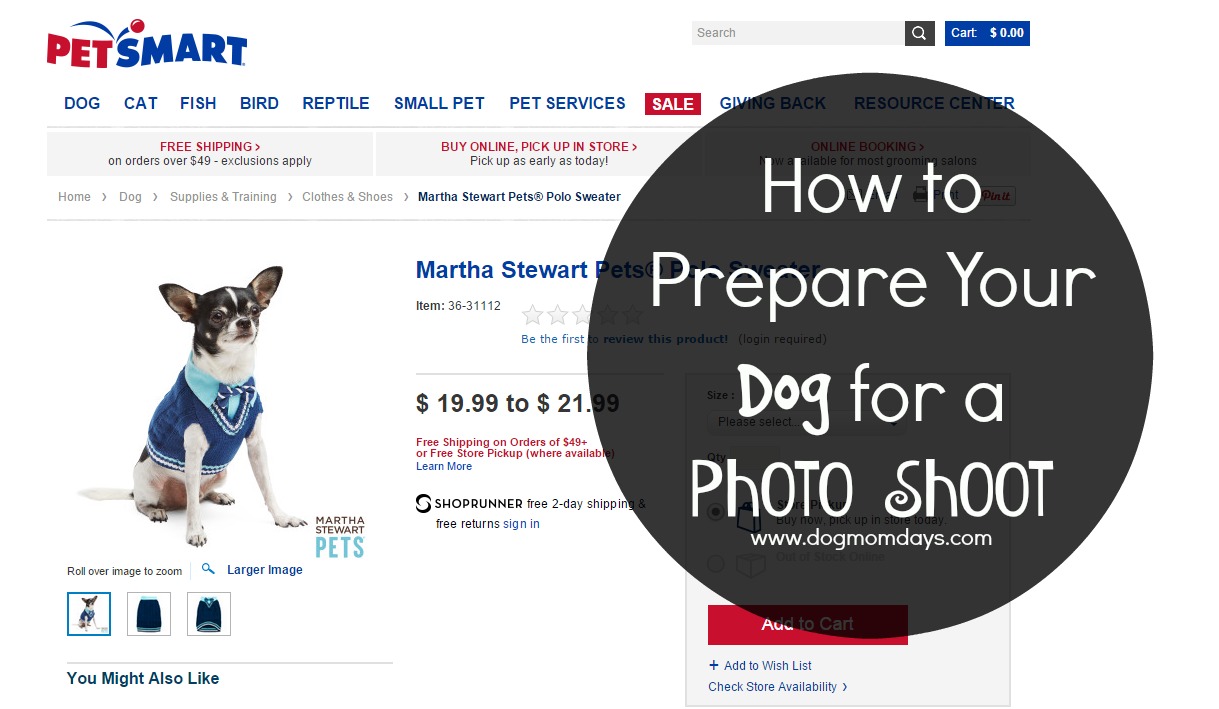 Wynston has been modeling for PetSmart for a little over a year and a half.  His first opportunity to model for the big name pet company was in October 2014.  That photo shoot paved the way for Wynston’s future modeling career, and I will tell you why.  If you are interested in getting your dog into modeling, or you are headed to a professional photo shoot, here are some tips as to how you can prepare your dog (and yourself) for the big day.

In October 2014, Wynston got asked to be an alternate for a Martha Stewart Pets photo shoot for PetSmart.  This meant that if they had extra outfits or needed some other type of body shape, Wynston would be available.  We took this opportunity to really experience what it’s like to be a part of a professional dog photo shoot.  The shoot lasted eight hours, and we were there for that entire eight hours.  Spending the day at the studio was fantastic because Wyn quickly got used to the sights, sounds and smells.  Turns out, they ended up using Wynston at the end of the day!  He modeled five outfits, which took about an hour. The day was long and tiring, but it was an amazing experience to get us settled into the dog modeling world.   By November, Wyn’s photos were up on the PetSmart website.  I screamed when I saw them for the first time! (A BIG thanks to our friend Kama for easing us into the dog modeling world!)

How to Prepare Your Dog for a Photo Shoot

How to Prepare Yourself for Your Dog’s Photo Shoot

Items to bring to the photo shoot: 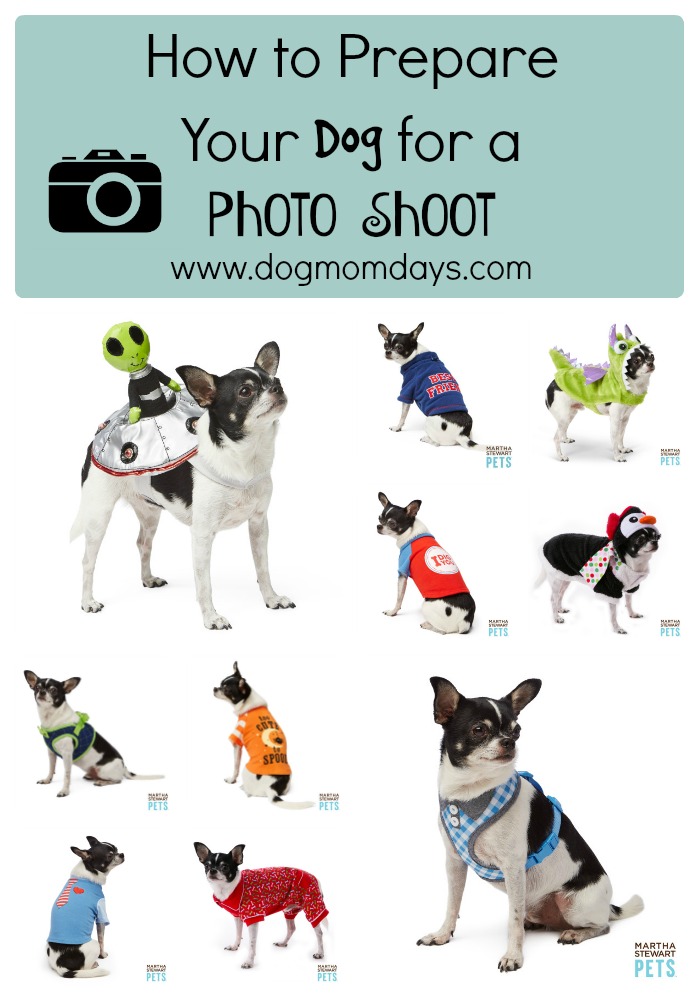 Wynston was in the PetSmart Black Friday ad, he’s been in several emails and he’s currently on the website!

Doggy photo shoots are a blast, if you let them be.  I know it can be a stressful experience, especially if you’re dog isn’t cooperating how you’d like.  So far Wynston has done about five photo shoots, and we learn something from each one!  If you prepare yourself and your dog for their photo shoot, you will rock it!

Has your dog ever been in a professional photo shoot for a pet company? Tell me about it!