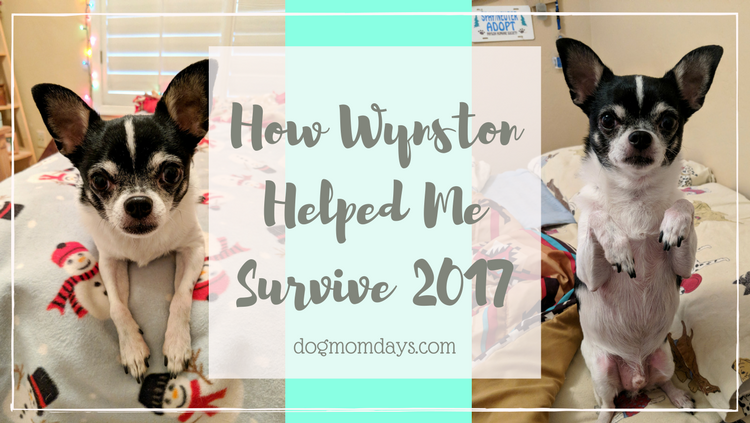 This year was terrible. Like, I would gladly forget about 2017 if I could. It started rough and it only got worse. Time to get real here – I ended up in therapy and questioning my whole purpose in life. I suppose we all have times like that, but the good news is I’m working to better myself and my outlook on life. The BEST news?! I’ve always had my one constant – Wynston. He is literally the reason I survived, and many mornings he’s been the reason to get out of bed. Wynston has ultimately been the best therapist, medicine and anxiety relief. Allow me to share with you how Wynston helped me survive 2017. Perhaps you can relate.

My year started with unfortunate health problems in February. Like, I had some pretty serious scares. I went through a multitude of tests and appointments that month, and not only was it exhausting but it was terrifying. I remember laying in bed a lot thinking “what if.” But Wynston reminded me that I need to be mindful and live in the present. I couldn’t focus on what could happen. I had to focus on what was happening in the present moment. It literally would have done me no good to worry about the future while neglecting my ability to be the best mom I could be to my animals. It wasn’t easy but I did it, and turns out everything ended up working out and being okay!

Many of you probably know that my stepdad, David, has stage 4 cancer. In March we got more bad news on his condition. After my health scare in February, the news of David’s worsening state threw me into a deep depression. I really don’t think I know anyone who would have easily gotten through that time. My depression got so bad that I had nowhere to turns besides God. So I put everything in His hands and let go of the reigns. In the meantime, Wynston kept a smile on my face despite my lack of blogging and work motivation.

In April I surprised my mom with a cruise to the Carribbean for her birthday. She deserved it after everything she was going through. Having to work full time while taking care of David was taking it’s own toll on her. I was blessed to be in the place to take her on such a phenomenal trip. We took the cruise in June and it was nothing but perfect. Although I missed Wynston TERRIBLY (6 days away from him, which was the longest we had ever been apart) the time away from life and technology was just what I needed. I got back home feeling refreshed and motivated.

Sure, I gained some motivation and encouragement after my cruise, but depression was still getting the best of me. I’ve had clinical depression since I was about 17 but it seems to always be triggered by a major event, like David’s cancer. However, when my mom and I returned home from our trip, we got some extremely great news about David’s condition. Somehow God worked a miracle, and the one year life sentence turned into “he could have 10 years left.” Things started to change.

With impending doom no longer in the midst, my depression improved but it was still there. I decided to make some changes for myself, because I continued to worry about everyone around me. I realized I needed to take care of myself, and that’s when I got the idea to start traveling with Wynston. The thought of experiencing new things and places with my son was incredibly exciting! And that brought us to El Paso.

Road trip with my son, just the two of us? Sign. Me. Up. Okay, so the trip didn’t exactly go as planned. As you all know, Wynston broke his foot a day after we got there. Despite that major setback, I still had a fantastic time in El Paso. I got through the devastation of Wynston’s broken foot pretty flawlessly considering I was alone. In hindsight, I think it worked out that we were away when he broke his foot. We were in a hotel room with no other animals or anything to bother Wynston. He was able to rest without distractions, and our hotel room was right next to the pet area. I could carry him right outside to go potty. There was also a full kitchen in our room, so I was able to cook for us the whole time. The trip made me stronger as a dog mom and individual. After that I felt like I could take on anything. 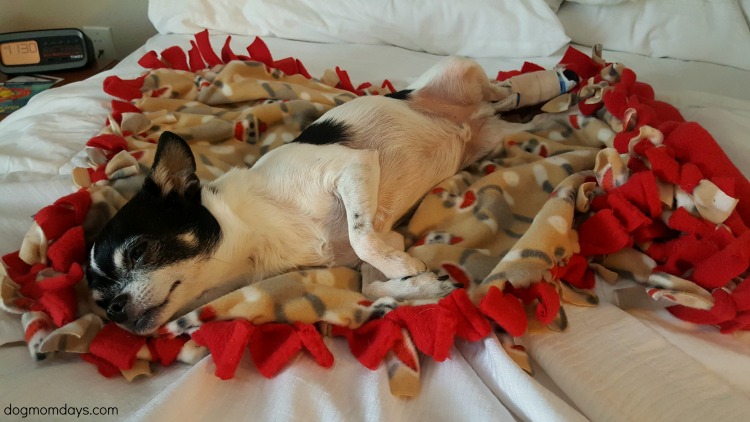 The next 10 weeks would include weekly and bi-weekly vet appointments for Wynston’s cast changes. Of course he took it like a champ and quickly became the office favorite at our local vet. Wynston made the whole experience as easy as possible. I remained thankful that my boy was so amazing, and continued to provide me with stress relief despite his broken tootsie. I could have let it all bring me down, but I made it into a fun journey, where I could share the progress with all of you. Just more experience under my dog mom belt!

Amidst the regular vet visits, El Paso left me inspired. I wanted to travel more! I wanted to take Wynston more places and continue to make memories. So I reached out to Staybridge Suites and they sponsored my trip to Dallas, Texas! Sporting our new snazzy pet carrier, Wynston and I boarded a flight in early October and headed out again. We had to go to a local Dallas veterinarian while we were there to change out Wynston’s cast, but once again, it was a good experience. I felt like I was learning so much. Being alone with Wynston and having to deal with his broken foot just made me stronger. I believe that Wynston loves traveling and being in hotel rooms. He likes being alone with me where no other animals can bug him. Wynston was giving me a reason to enjoy life, rather than wallowing in my depression. 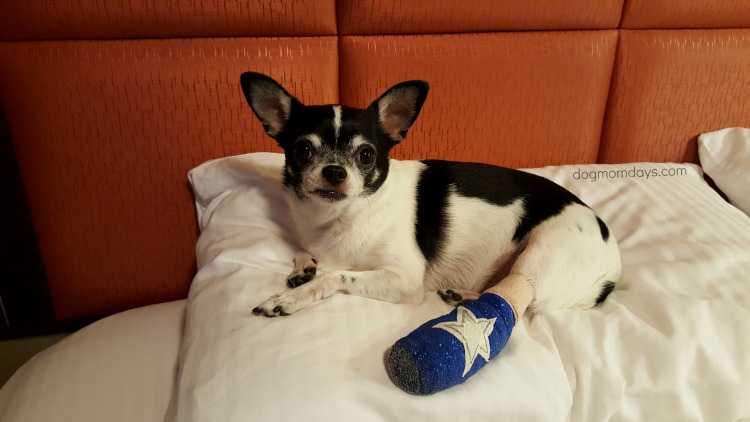 While traveling and when I got home, I had so much to share and write about. Not only was I gaining knowledge from traveling alone with Wynston to new places, but his broken foot fiasco added a bit of flavor to everything. Of course I don’t want my son to suffer a broken bone again, but over all I’m grateful for everything we went through together. I feel like we bonded more over it (which I didn’t know was possible) and I feel like we can get through anything now!

Wynston not only helped me survive 2017, but he made it bearable. He even managed to drag me out of my depression toward the end of the year. I still have pretty bad insomnia, but Wynston is my relief. I snuggle up to him every night and he helps me sleep. He lets me bury my face into his back so I can feel his heart and hear his breathing. It instantly takes my anxiety away. With Wynston I feel like I can survive anything. He makes me feel unstoppable.

So what’s in store for 2018? You’d be correct if you think we’re going to travel more 😉 We have LOTS of traveling planned for the upcoming year. To start, we’re going to visit Texas again (I just freakin’ love it there) and we head to Kansas City for BlogPaws in April. We’ll be taking a BIG road trip at that time, so stay tuned for all of those details. 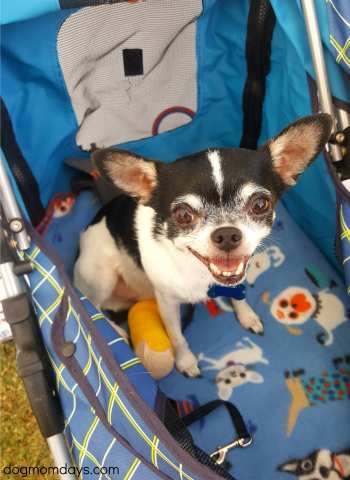 Thank you, my son, for helping me trudge through this terrible year. You managed to make it doable, and even fun! If it weren’t for you, I wouldn’t have any good memories of this year at all! (Well, except the cruise!) It was extremely fitting that I ended 2017 with a tattoo of my boy’s paw prints. He’s the reason I’m still smiling.

I am looking forward to an AMAZING 2018! There’s lots in store for us, and I hope you’ll continue to tag along on our journey 🙂