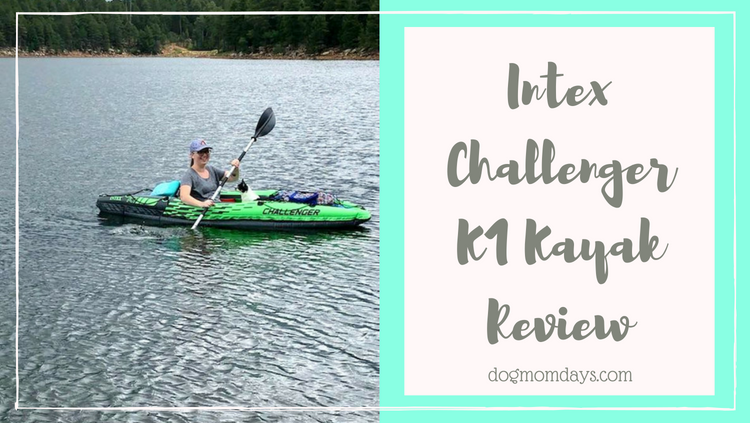 After just one month of enjoying our new hobby, I bought our very first kayak! I purchased an Intex Challenger K1 kayak after it was recommended by several seasoned kayakers. I read reviews, did my research and made my final purchase from Walmart.com (as the price was cheapest there). One day after receiving our sweet boat, Wynston and I took it out on the water for a spin! My theme as of late has been kayaking with dogs, so here is our Intex Challenger K1 kayak review.

Originally I wanted a hard shell kayak because the thought of an inflatable made me nervous. Would they be as durable and reliable? Would they be as easy to steer and maneuver? That’s where research comes in. I ended up fully convinced that yes, an inflatable would do the trick, especially for my personal situation.

Why I decided on an inflatable kayak:

Why I decided on the Intex Challenger K1 kayak: 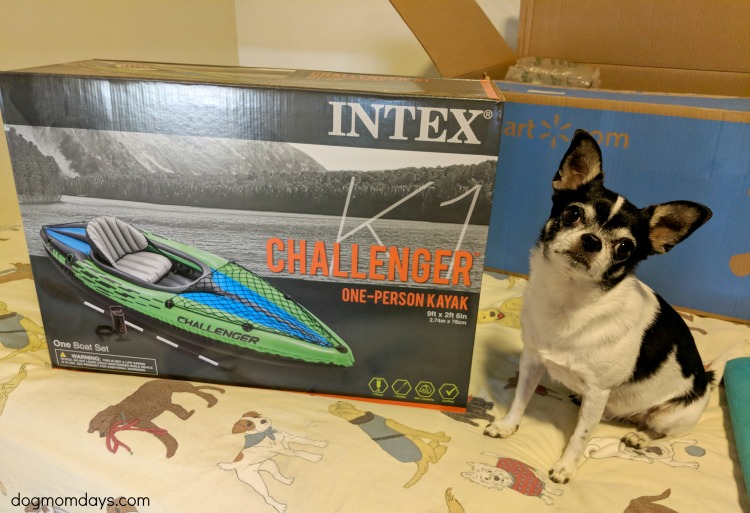 When I first received the kayak I inflated it right away to make sure there weren’t any punctures or rips. Although I ordered a small Intex electric air pump

(affiliate link), I tested the foot pump. It actually worked surprisingly well, and fast! It probably took less than five minutes to inflate it.

seat cushion. I have the back inflated but did not inflate the bottom so I could be sitting “in” the kayak, rather than more “on” it. The paddle was easy to assemble and take apart. 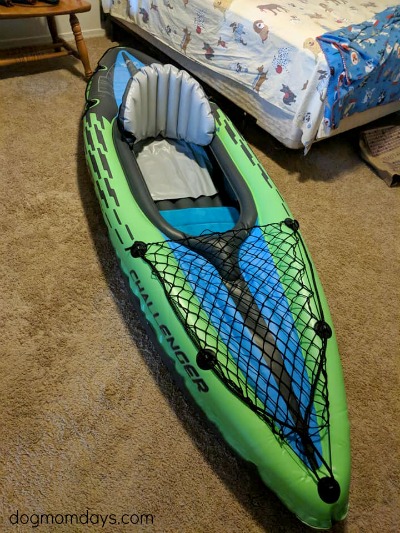 When we got to the lake I left Wynston in the car while I kept it on so I could use the cigarette lighter for our electric air pump. The entire kayak inflated in about two minutes. I bought a $10 Intex electric air pump

from Amazon and it works like a charm! Next I put the seat in, laid down the microfiber bath mat that I got for Wynston (to ensure his nails don’t puncture the bottom), and put together the paddle.

The kayak is pretty light considering it’s a full size, durable inflatable. I was able to carry a tote bag on my shoulder while holding Wynston on the leash, and I had the kayak under my other arm. I was happy that I didn’t struggle to carry it with all of my other necessities. 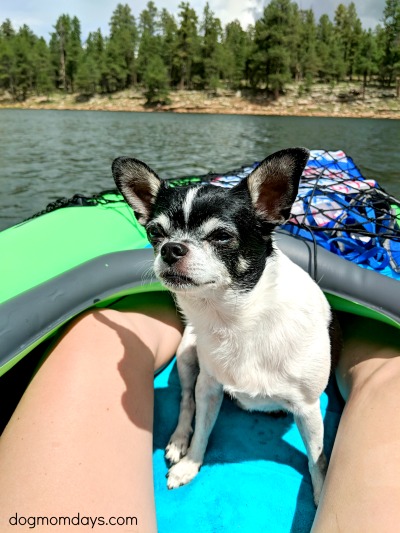 The only thing I did struggle with was getting myself, Wynston and all my stuff in the kayak. It can’t be beached like a hard shell kayak because of the skeg. The skeg handles the kayak’s directional movement, and it absolutely needs to be attached to your kayak. So I had to go a good two feet into the water so I could board my boat with Wynston. If you have access to a dock, that would make it much easier.

does have less storage than I’m used to. It doesn’t have side storage in the cockpit, and there’s not as much room at the feet. However it does have a cargo net on the top at the front of the kayak, and you can store items behind your seat. The cargo net storage is actually quite convenient. I brought a lot of items with me, but next time I know not to pack so much. It worked out fine on my kayak, but I’ll pack lighter next time around. 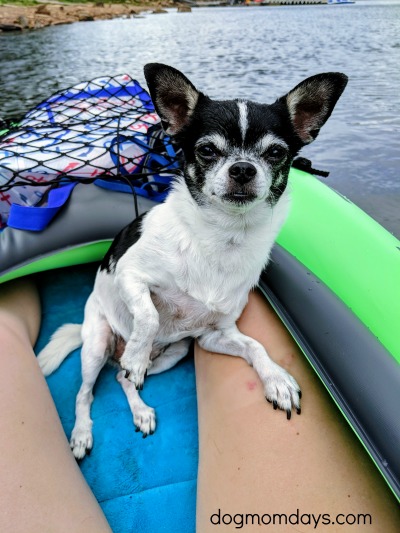 When Wynston and I were all set in our new toy, we started paddling and I was immediately impressed. It handled much better than I expected! I absolutely love the seat cushion, as it’s much more comfortable for my back than a hard shell kayak. I was actually battling wind on our first outing, and I was able to work through it nicely. It was a good test!

Ultimately we only had about 30 minutes on the water because storms were brewing all around us. The good news is, I own a kayak now so I can go out whenever I want! YAY! 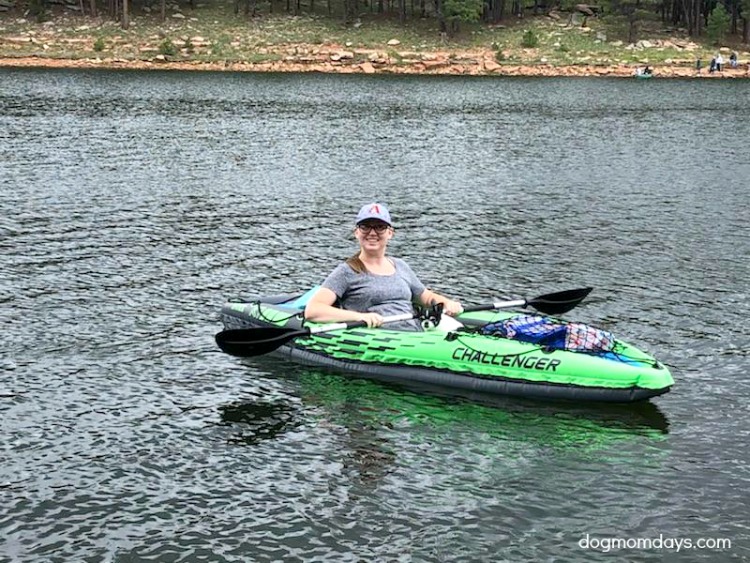 So far I would give the Intex Challenger K1 Kayak

FIVE stars. I cannot wait to continue using it and explore more lakes with it. If you’re looking for a starter or inflatable kayak for yourself, the Intex Challenger K1 kayak is a fantastic choice.

Do note that the K1 model will definitely not fit a large dog, but the tandem K2 model will.