When we rescued McKenzie Rae about a month ago, her health was pretty good.  In fact, it was amazing considering where she came from.  McKenzie was a stray (most likely her entire life) so who knows what she was up against on the street.  Well, after a few weeks of mild kennel cough, McKenzie Rae’s health has taken a quick turn for the worse, and I’m in a panic.

When Matt and I woke up on Saturday, we quickly noticed how sick McKenzie seemed. She could barely open her eyes, she was extremely lethargic and her breathing was rapid.  Luckily there’s an “urgent care” vet a minute from our house so we were able to take her there (our regular vet didn’t have any openings).  We got to the vet 10 minutes later and a vet tech immediately came out to assess McKenzie.  If it was SUPER urgent, they would have taken her back for hospitalization.  Thankfully her symptoms weren’t life threatening, so we waited two hours until we could get in with a doctor. 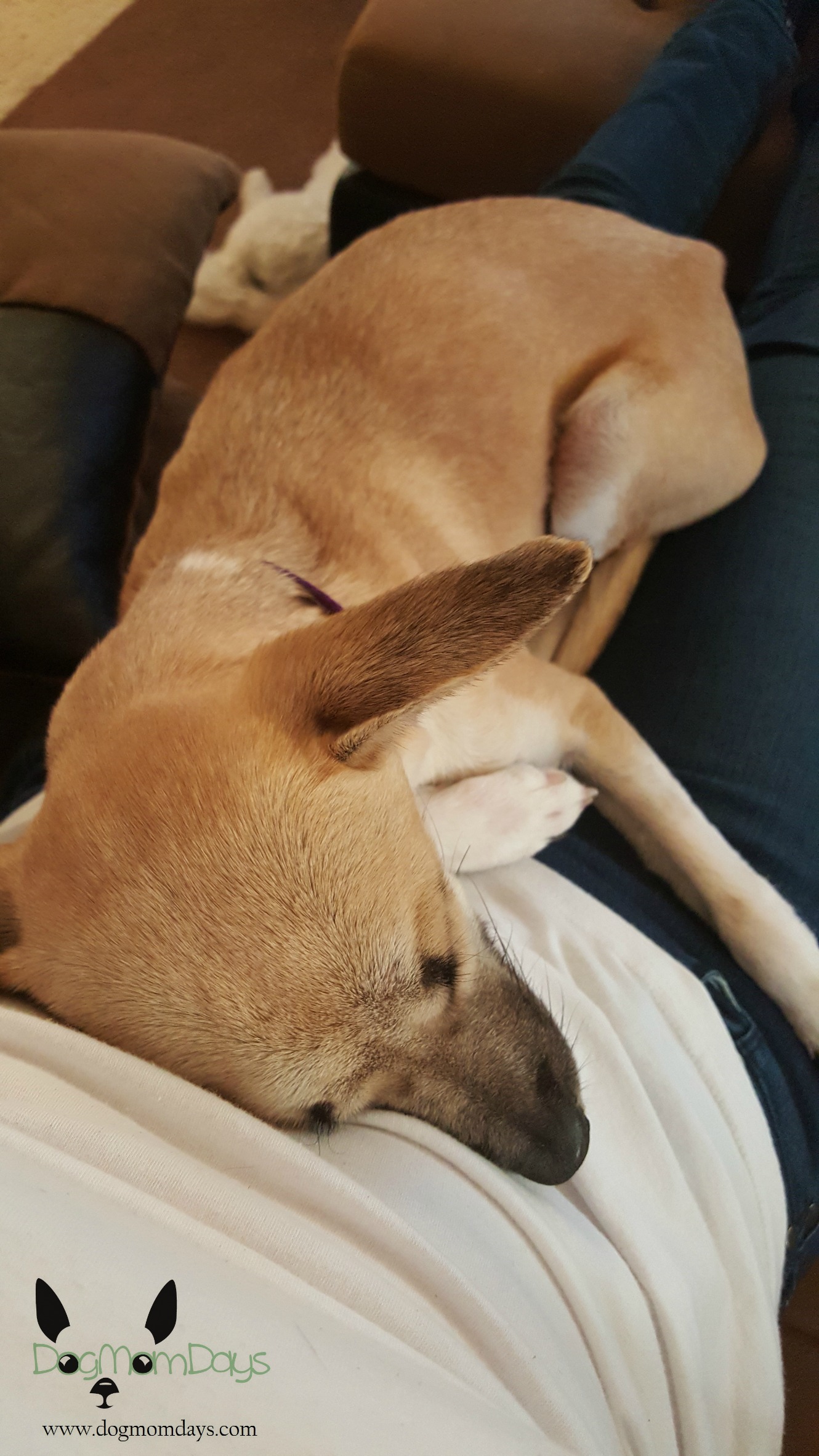 Dr. Olson at Arizona Animal Wellness Center is wonderful.  It was clear that I was concerned and he explained all of the possibilities to me.  It’s possibly Valley Fever.  It could even be distemper.  Most likely, however, it’s simply kennel cough turned into a bad upper respiratory infection.  Dr. Olson is guessing that McKenzie’s immune system is pretty weak and it doesn’t help that she’s 3lbs underweight (which is a lot considering she’s a small dog, weighing in at 11lbs).  McKenzie’s temperature was 104°!  I’ve never had a dog with that high of a temperature.  Dr. Olson felt confident that we could get everything under control with the right treatment.  After IV fluids and strong antibiotics, we headed home to rest.

By Sunday there was no improvement but at least McKenzie hadn’t gotten worse.  She was still eating and drinking, and I fed her delicious human proteins all day.  We’re trying to help her gain weight so she gets lots of sausage, chicken, salmon and eggs.

So Monday morning comes.  We wake up and McKenzie’s eyes are completely crusted shut.  There’s green gunk coming out of them so I rushed to clean it out with some eye drops and a wash cloth.  My poor baby.  I already had a vet appointment set up with Dr. Olson for 11am and boy was I glad I did! 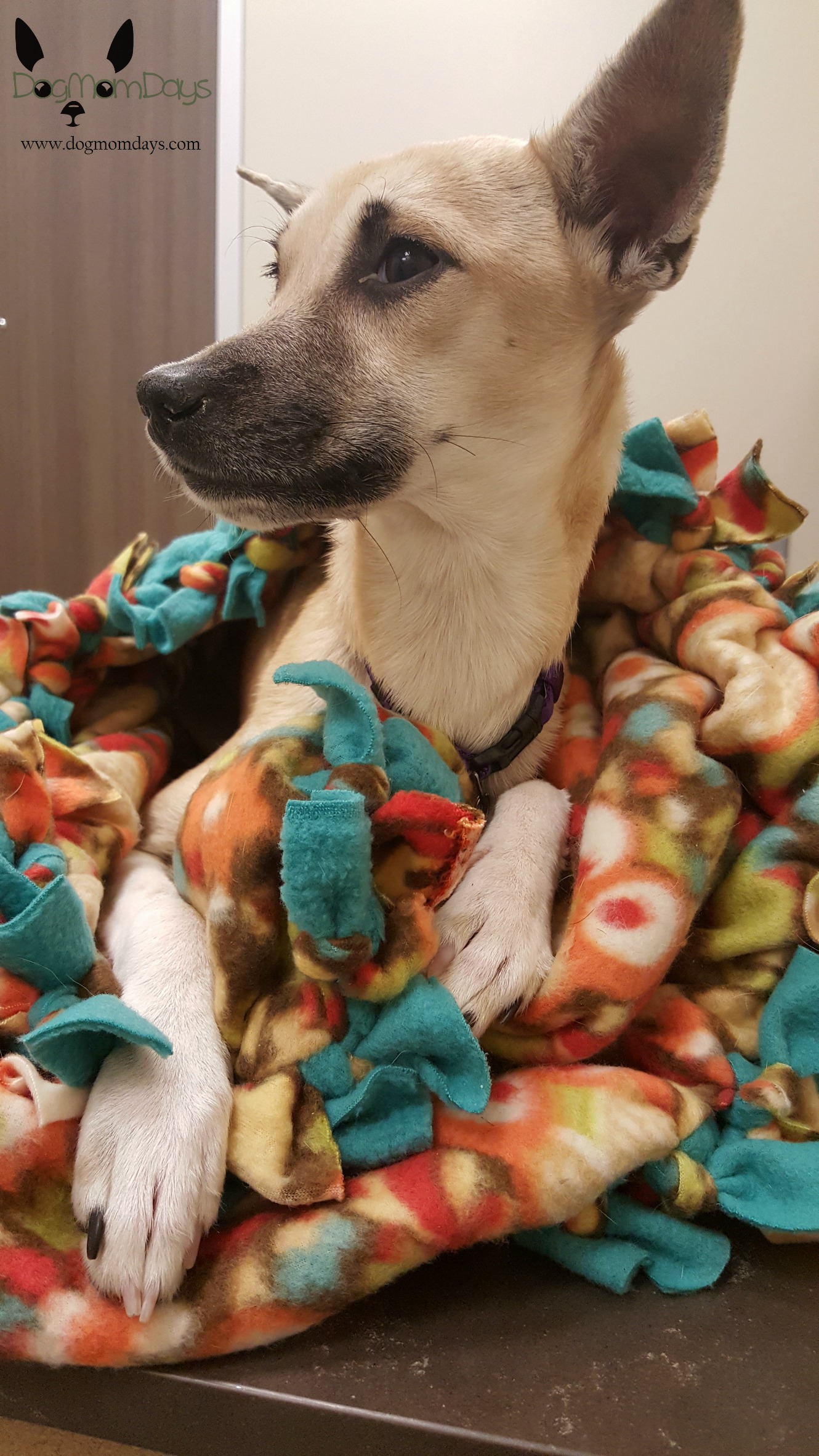 McKenzie Rae’s temperature dropped to 102°.  It’s not good, but at least it wasn’t 104°!  Her breathing had also normalized a little bit, but now there was an eye issue to deal with.  Dr. Olson gave me some options to test her eyes because we know that she’s dehydrated but we didn’t know if that’s what was causing her eyes to dry up so drastically.  I opted to have all of the tests done.  I’m sparing no expense on my angel. The Schirmer tear test was the first eye test.  It was to measure how well her eyes are producing tears.  Well guess what…she’s not producing tears at all.  That’s right – no tears. At all.  Okay, problem #1.  Next we did a corneal stain to check for abrasions and dryness.  I was actually able to see in her eyes where they are driest, which is at the very bottom.  I can’t even imagine how she feels.

McKenzie got more IV fluids to hydrate her and Dr. Olson cleaned out her eyes.  Now she’s still on the antibiotics for her URI and she’s also on Optimmune for her eyes, as well as artificial tears.  She ate again when I got home and I’m going to start giving her more wet food with extra water in an attempt to keep her hydrated.  McKenzie is also on a liquid calorie diet that I add to her food.  This will help to put some meat on those tiny bones! 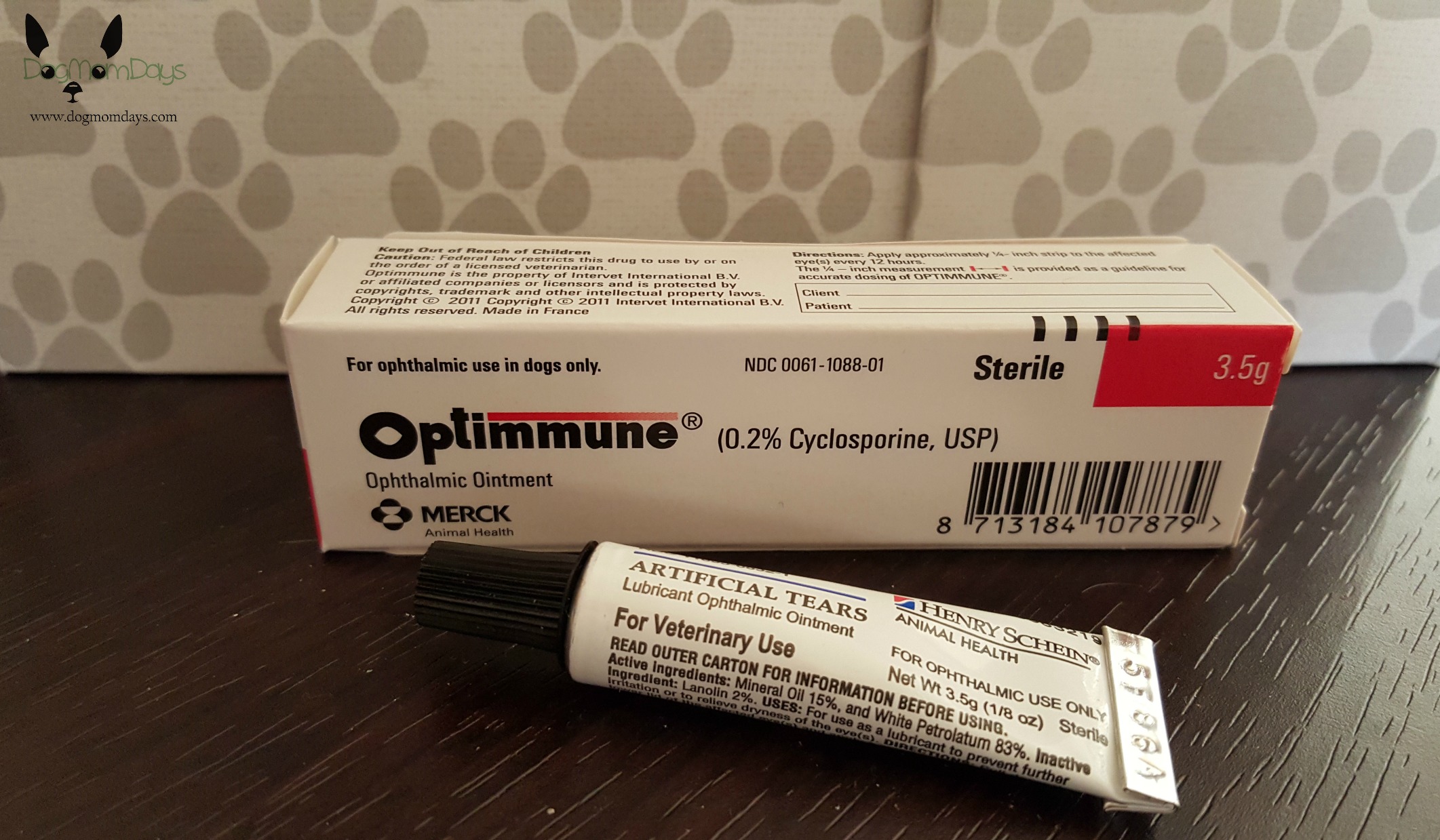 In the meantime, all we can do is wait.  I’m giving her all of her medications twice daily and making sure that she’s having no problems going potty.  (All of that is normal, thank God). We’re supposed to go to California for Christmas on Wednesday but we may not be able to go now.  Dr. Olson said McKenzie could quickly come around but it’s so unknown.  I don’t want to put her through the stress of a six hour car ride if she’s not up to it.  I’m praying that my baby McKenzie Rae feels better soon.  I miss her walking around all day with a toy in her mouth.  She brings so much joy to our home. And at least she’s not on the street. We’re doing everything we can.