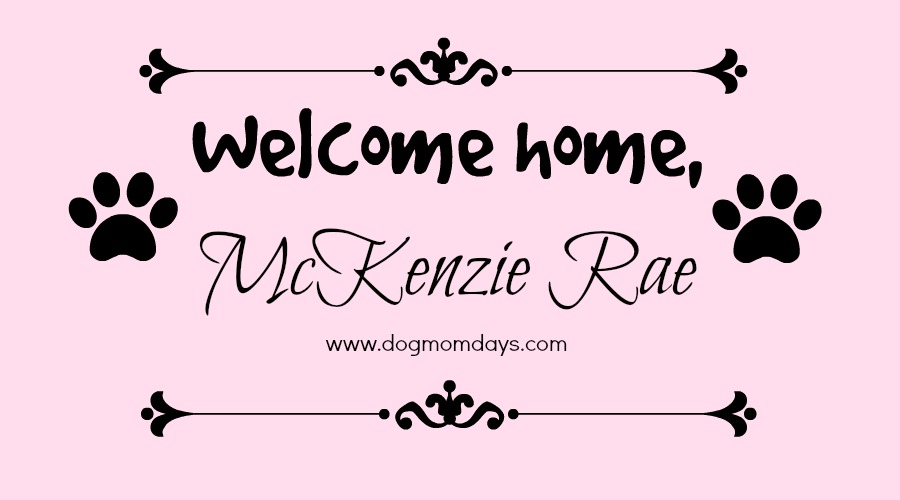 I’ve been involved in animal rescue for about 9 years.  Recently I’ve been faced with some extremely difficult situations, including the unfortunate ordeal with Sweet Pea. Rescue is full of sadness and happiness, both of which I’ve experienced within the past week.

On Sunday night I was browsing the MCACC euthanasia list.  I look at it every night and it’s sad every single time. Most of the dogs who are at risk for euthanasia have aggression, fear or health problems.  The first picture I saw when looking at Sunday’s E-list was McKenzie’s.  She had been brought in as a stray and shelter staff thought she was about 2 years old. I had no idea what kind of dog she was and thought she looked so…different.  Many people in the comments were saying she was an Italian Greyhound.  Hm.

I didn’t care what breed she was.  I immediately had her pulled from the E-list despite the “behavior: fear” note.  This girl was not going to be put to sleep on my watch no matter how scared she really was.

Shortly after, an Italian Greyhound rescue jumped in and said they would take her in if I wanted.  After much thought, I agreed. I figured the rescue would be good for her, then I could open my home to another baby who may otherwise die at the shelter.

On Monday, McKenzie was spayed and given vaccines since she was taken off of the dreaded death list.  Yesterday, Dawn from the Italian Greyhound rescue went to pick her up.  Right afterwards, I got an email from Dawn saying that McKenzie is NOT an IG and wondered if I wanted to take her after all.  OF COURSE!  I originally wanted to save her so I couldn’t pass up the opportunity to give this baby girl a home for the holidays.

Dawn was at my house with McKenzie Rae within the hour.  I was totally unprepared but my house is full of dog products so I figured everything would be fine.

And it was.  At first McKenzie was too scared and didn’t want to come out of her crate.  I just left her alone and eventually she came out on her own to explore.  I ended up taking her upstairs to our master bedroom so I could get her comfortable.  Good thing I have baby gates on hand!  I secured the door and it didn’t take long for McKenzie to come back out of her kennel.  She quickly discovered the couch with blankets and fell right to sleep.

I decided to introduce Wynston to McKenzie.  He’s extremely calm and well behaved so I figured it’d be okay.  Wynston was a bit curious but McKenzie wasn’t so sure.  Wyn could sense the fact that she was scared, so he left her alone.  We played a bit and she enjoyed watching.  I also noticed that McKenzie likes watching the TV.  I’m starting to think that perhaps she’s been a stray her whole life.

The one thing I was worried about was the cats.  You never know how that whole situation will go but my fears were put to rest quickly.  McKenzie saw Joey, who jumped over the baby gate into the bedroom.  He definitely didn’t see her before he jumped in.  I almost panicked but McKenzie just stayed on the couch.  She growled a bit as he walked closer but she didn’t bare her teeth.  Joey quickly left the room.  Well, at least she didn’t chase him!

Next, Sadie decided she wanted to jump the gate, so she did and she did not see McKenzie at first either.  Sadie walked around the room because she knew something was up.  Sadie got surprisingly close to the couch but McKenzie didn’t even growl this time.  I sat between the girls just in case, but it couldn’t have gone better.  However, as soon as Sadie saw McKenzie, she booked it.

So far, so good.  It’s worrying me that McKenzie is just sleeping, but I have a feeling that she’s beyond exhausted.  After being brought into the shelter, having her spay surgery then getting taken to a home, I can only imagine how tired she is. I’m thankful that she’s getting a very deep, relaxed sleep.  McKenzie is saved and I feel blessed that Matt and I could give her a new home for Christmas.

Welcome to the family, McKenzie Rae.  I love you already.