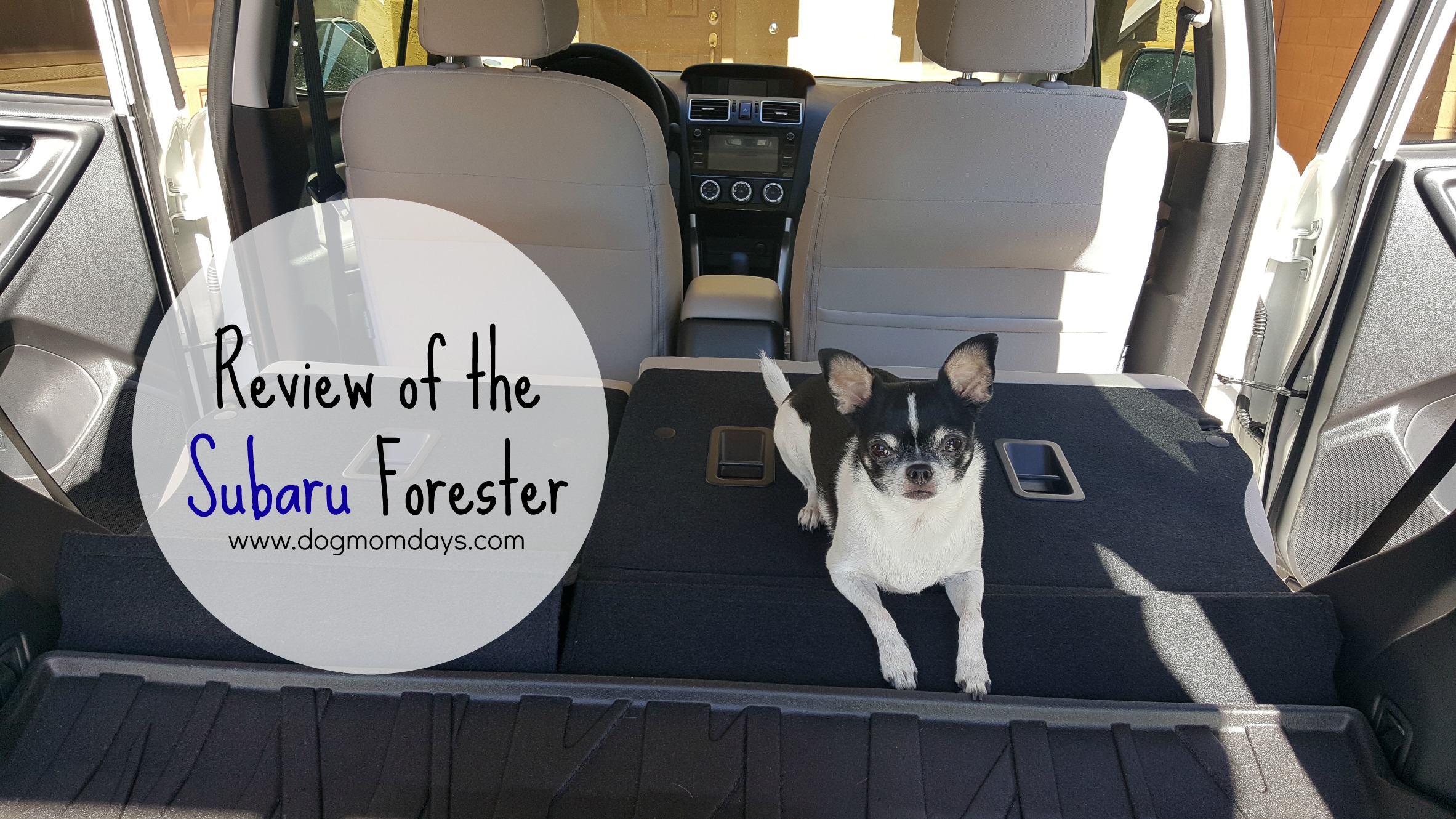 I’ve been wanting an SUV for a while now.  I had been driving a Dodge Challenger since before I met Matt and while it was a super fun vehicle, it became impractical as my life changed.  Sure, the Challenger was fine when I just had Wynston.  Then Khloee came into the picture, and it was still okay for two small dogs.  Once McKenzie Rae came into our lives, we no longer had a vehicle that could appropriately tote three dogs around. 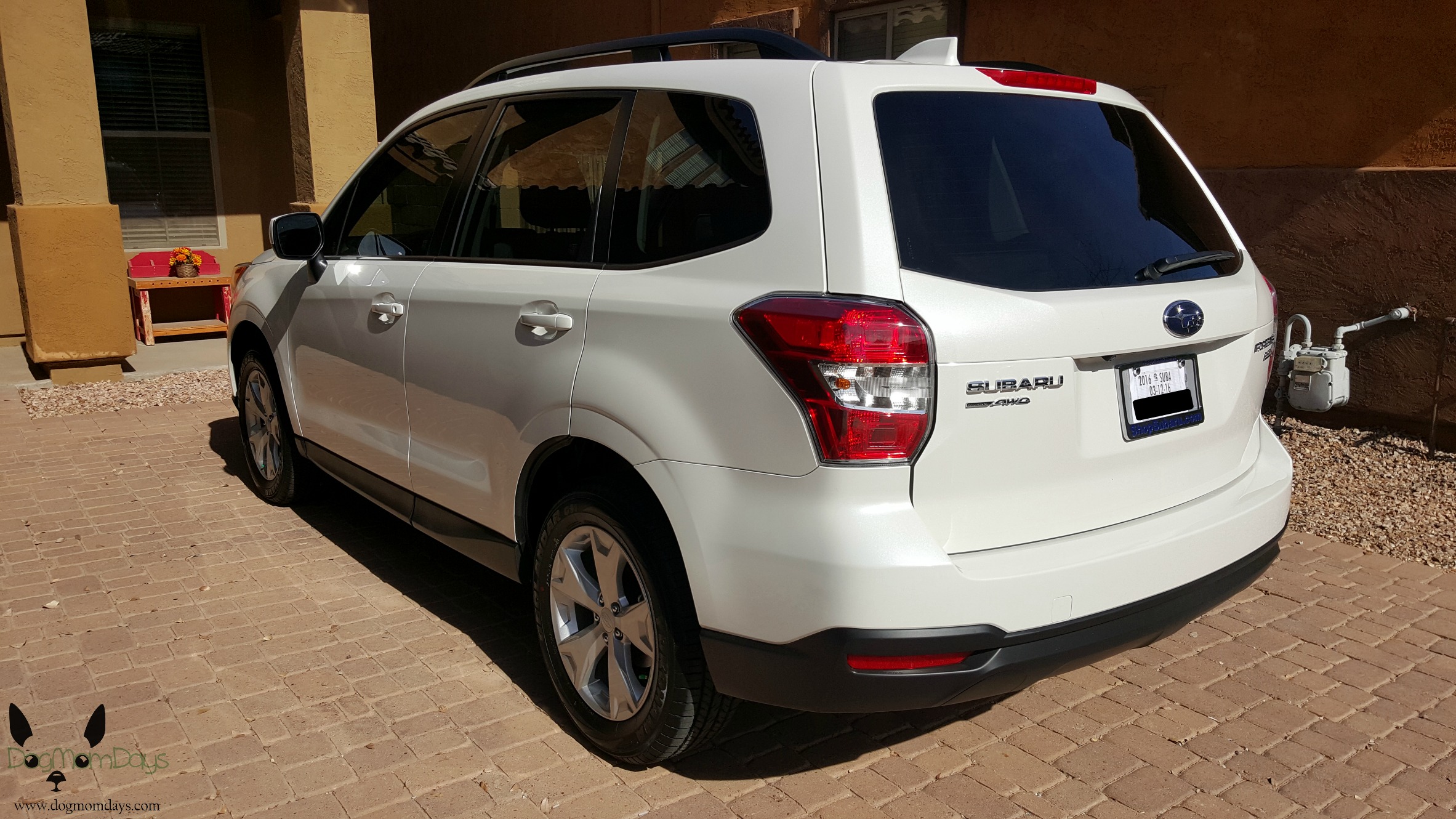 Matt and I have other cars as well, including a Mazda 3.  The Mazda is great for three dogs but the one we have has 125k miles on it and is no longer reliable to travel to our California house.  Last fall we decided we’d take the plunge into SUV ownership after the first of the year.

We test drove a few different vehicles come January, and researched many more.  Our final choices were the Toyota Rav4, Honda CRV and Subaru Forester.  In fact, we decided to look at the Forester very last minute.  I’m so glad we did because as soon as we sat in one at the dealership, Matt and I fell in love. 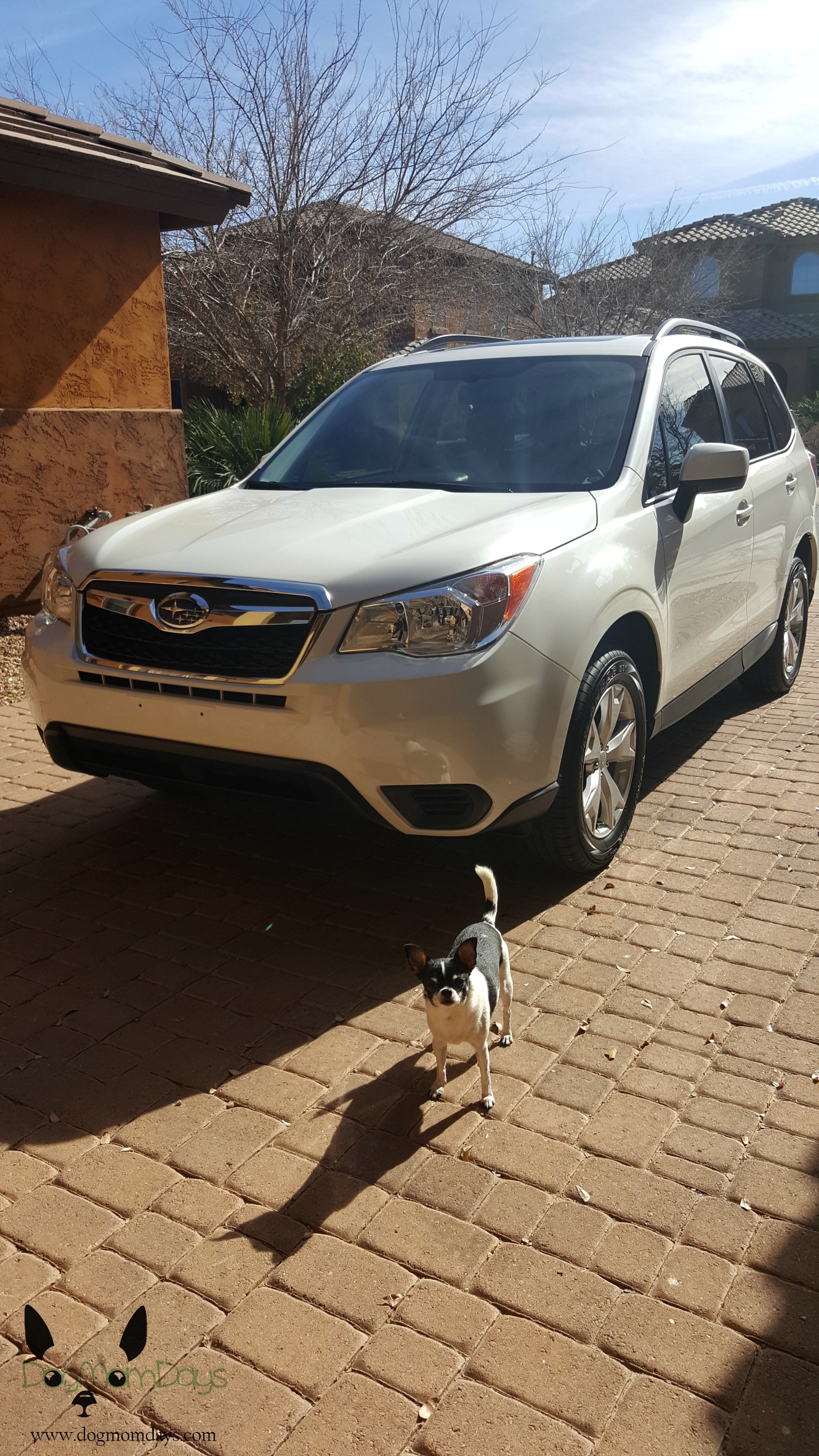 Almost immediately after giving the Subaru Forester a test at the wheel, we decided this was the car for us!  Some fair negotiations and hours later, Matt and I became owners of our very first Subaru.  We couldn’t be happier! 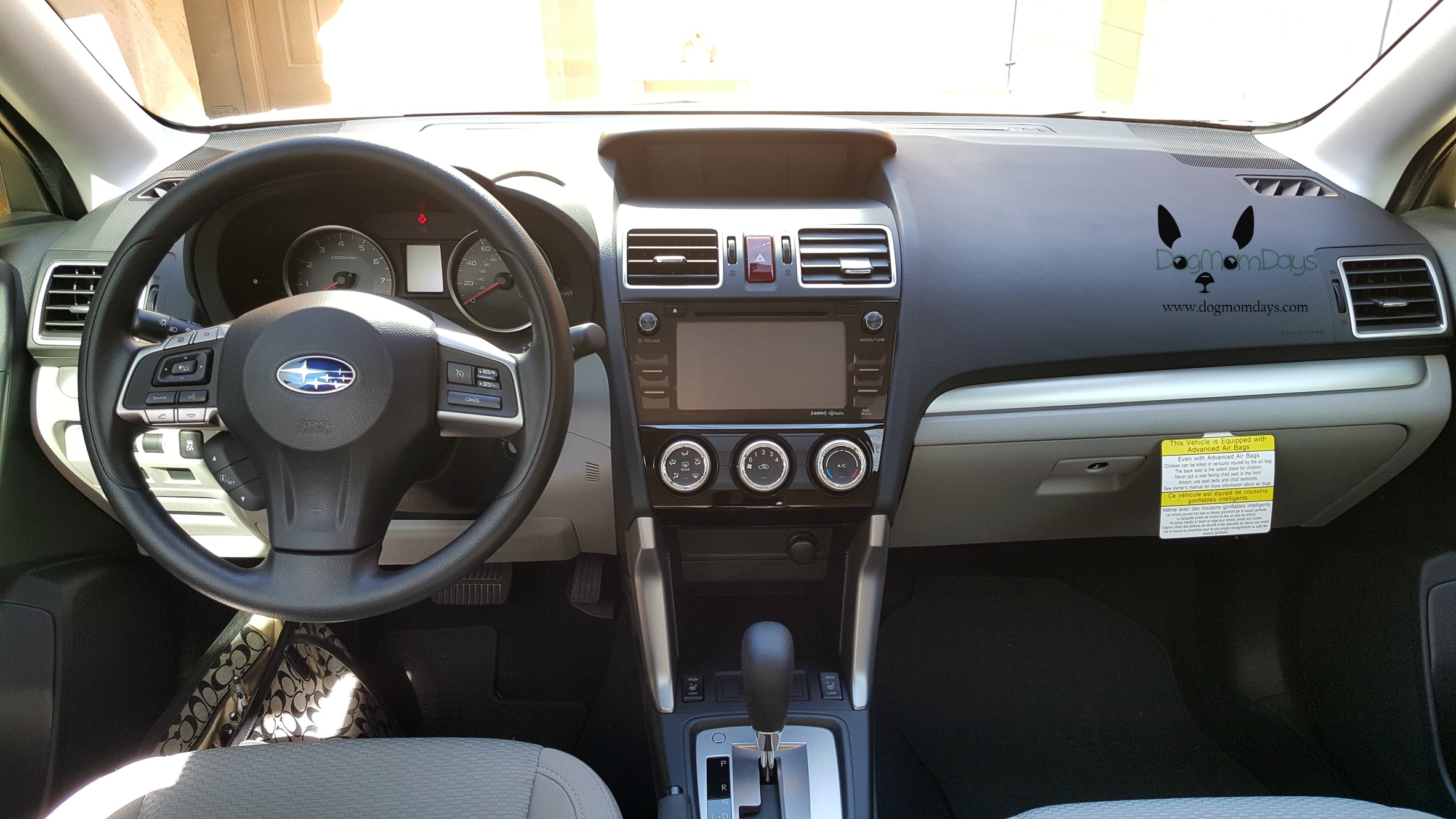 The first thing we did when we got home was take it for a test run with the dogs!  I KNEW we made the right choice when Khloee and Wynston jumped right into the car! The dogs all fit perfectly on the back seat and they even have extra room!

What set the Subaru Forester apart from the rest: 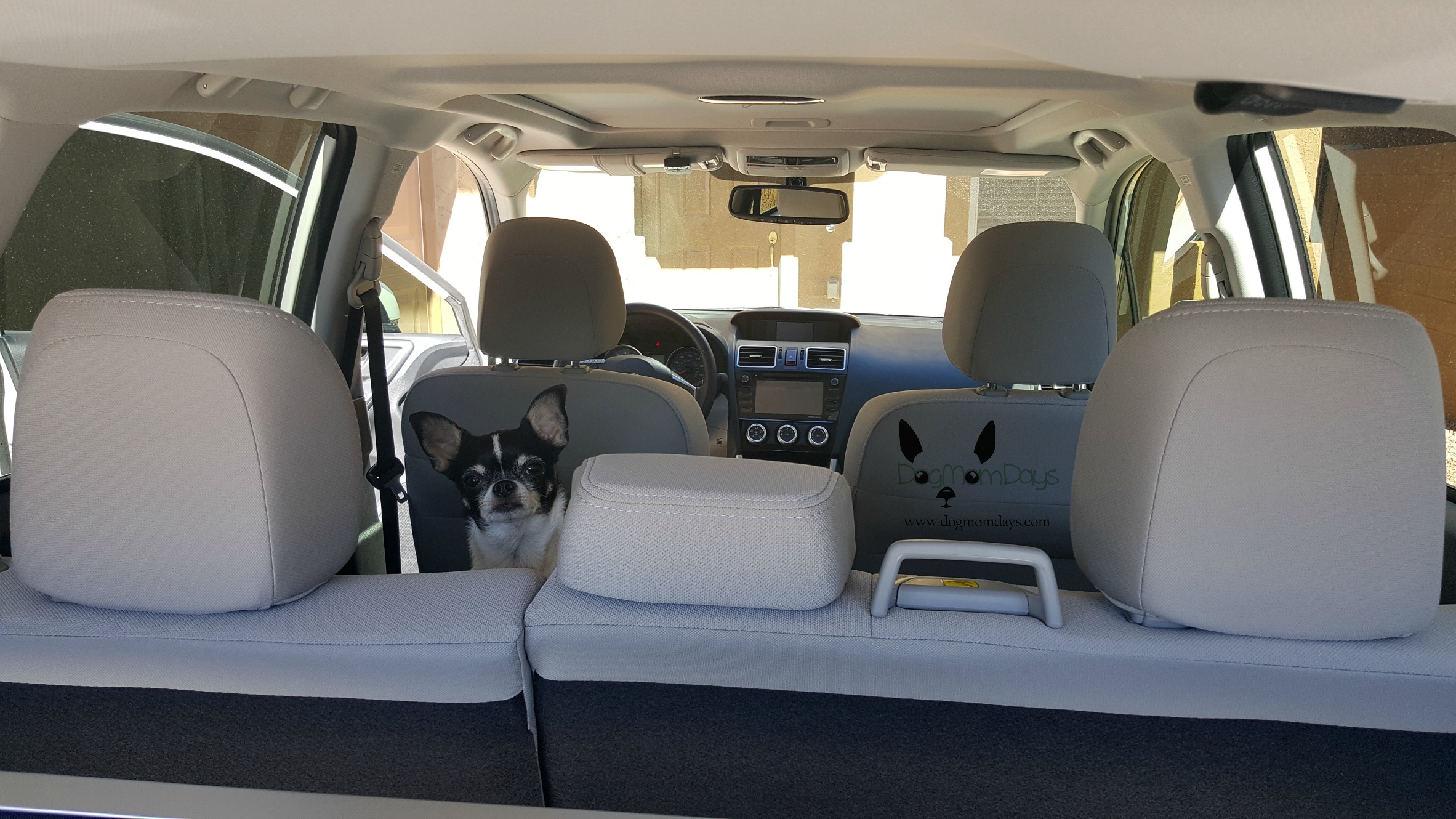 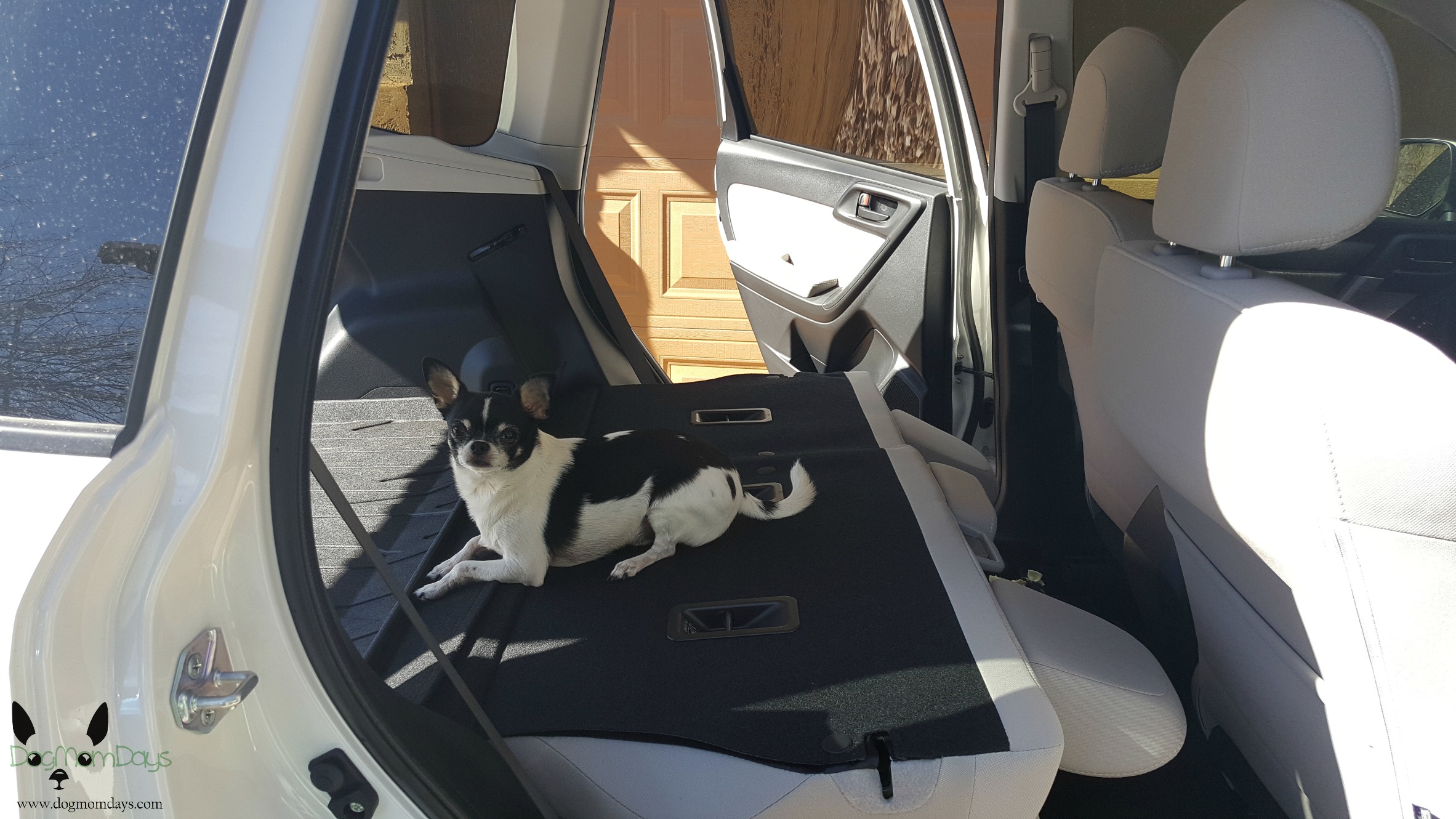 This past weekend Matt and I tested the Forester’s true strength by driving it up north to Payson, AZ.  Even over bumpy dirt roads, it was a solid ride.  We were very confident in the car’s ability.  And thank goodness for the weather mats – we had some muddy dogs after the hike! 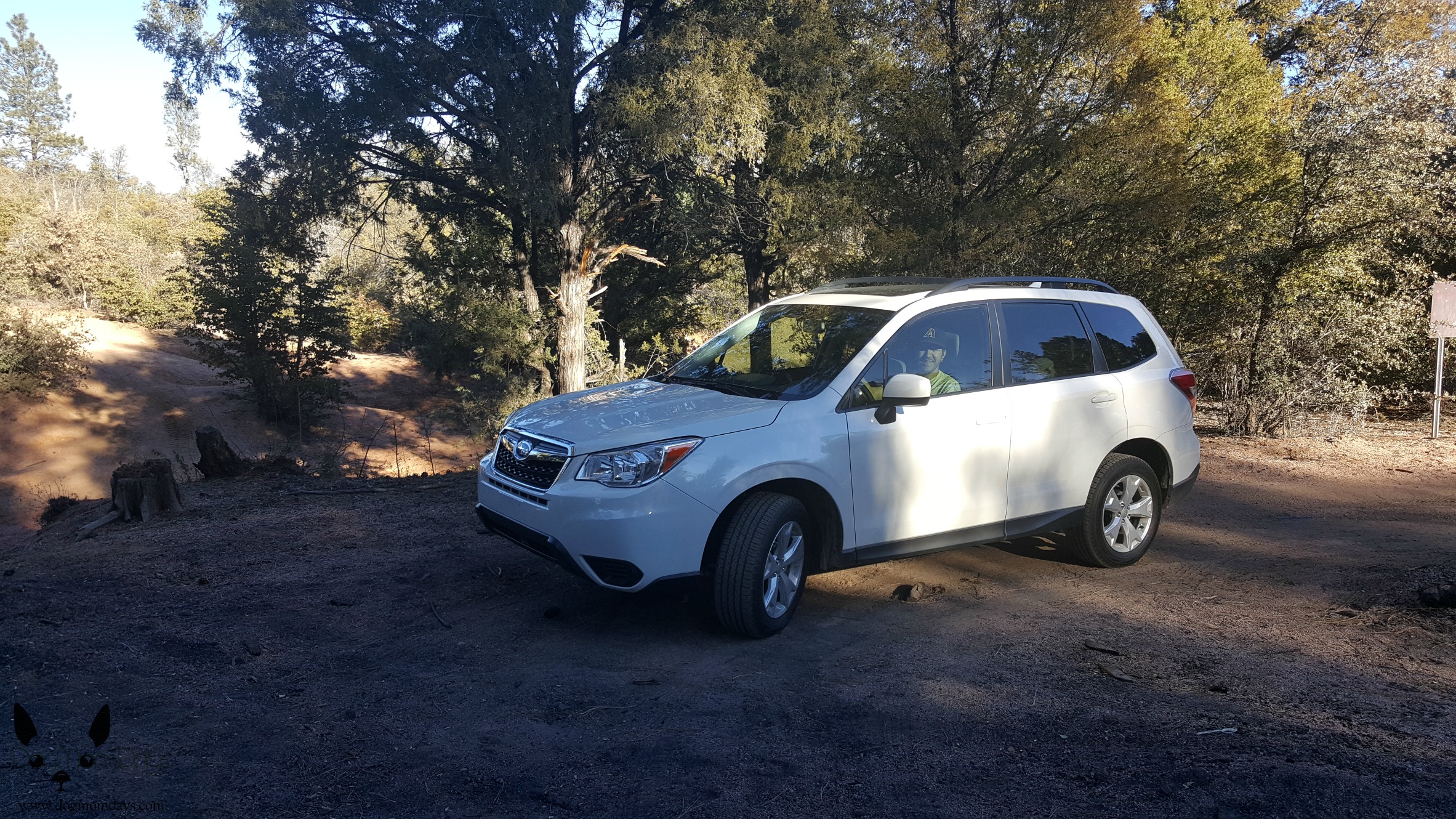 In the end, we could not have chosen a better vehicle for our family.  I’m excited about all of the space it has for the future hauling of furniture or pallets of dog food! There’s more than enough space to fit multiple dog kennels comfortably.  If you’re in the market for a new vehicle, I’d highly recommend checking out Subaru.  They retain their value and are the safest vehicle out on the road – a must for a dog mom!