I’ve lived in Arizona for 20 years, but as I’ve become more well-traveled in the last couple of years I’ve realized that I’ve seen so little of our beautiful state. Sure, I’ve been to all of the major areas of Arizona and I’ve experienced tourist sites like the Grand Canyon and Tombstone, but there is so much I have yet to explore. Recently my stepdad took a trip to Lake Havasu, AZ and that was my inspiration for our upcoming trip. Wynston and I are heading there on February 20th, and 4Knines is our sponsor! To celebrate, we’re giving away a 4Knines car seat cover of the winner’s choice.

For a long time I didn’t know if Lake Havasu was located in Arizona, California or Nevada because it’s so closely located to surrounding states. Turns out it’s located in Lake Havasu City, AZ. The reservoir is on the border of California and Arizona, and it sits behind the Parker Dam, which is located on the Colorado River. It’s also only about an hour drive from Nevada.

Lake Havasu City is home to the famous London Bridge, which is a legitimate bridge from London, England (it was torn down in London and reconstructed on Lake Havasu). The bridge has existed over Lake Havasu since 1971 and has become an extremely popular tourist site. You can bet I’ll be taking lots of photos of Wynston on it!

Wynston and I will be settled at a hotel just a five minute walk from Lake Havasu. (We booked our room via Travelocity, which I’ve had good experiences with in the past). I’m going to bring our kayak, as the weather should be absolutely perfect! Obviously I’m not familiar with the area, but we plan to explore a lot! It looks like there are some fun local restaurants and shops to visit. I have a passion for checking out places that are small and have a unique charm to them. Although Lake Havasu is a destination for tourists throughout the west, the area still seems to have a sense of culture and friendliness.

Our goals for the Lake Havasu trip are:

If we have extra time Wynston and I may end up checking out another local area such as Sara Park. There are said to be beautiful trails there, and the photos I’ve seen are extraordinary.

Lake Havasu City is a four hour drive from our house, which for us is no big deal at all! I’m stoked about the drive since we’ve never done this road trip before. Half of the fun is enjoying the scenery and new roads as we head to our final stop. Thankfully I have a cozy 4Knines car seat cover that Wynston loves getting comfortable on during road trips.

If the name 4Knines sounds familiar, that’s because we’ve worked with them in the past! We previously hosted a giveaway with 4Knines and they were one of our SuperZoo 2018 sponsors. It’s entirely fitting that 4Knines is sponsoring our trip to Lake Havasu because every time we get in the car, Wynston gets relaxes on the car seat cover! Right now it’s muddy from our day at the lake recently, but that’s the point! It’s meant to protect car seats from hair, mud and other icky stuff that dogs track in. Luckily the cover is super easy to clean and maintain. 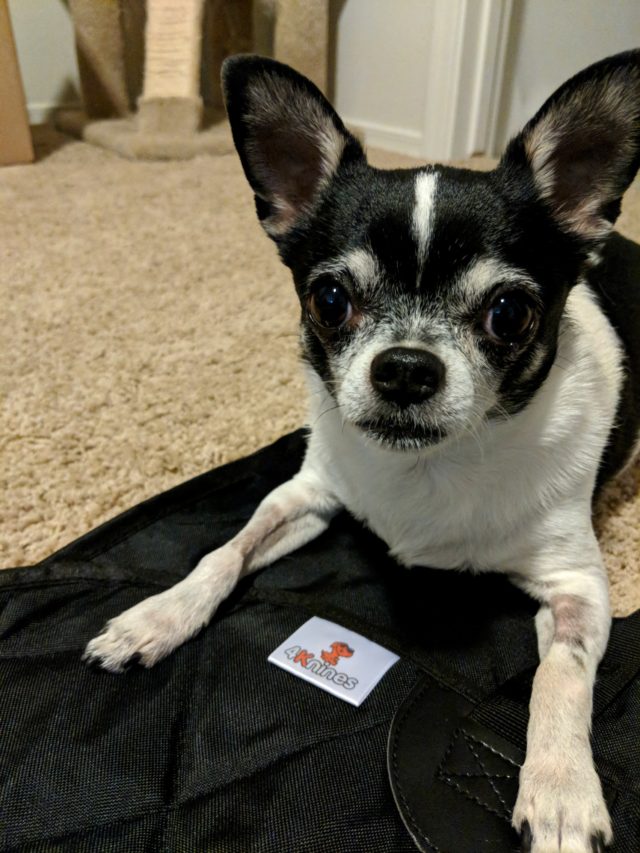 The reason I stick to using 4Knines car seat covers is because they are the highest quality I’ve seen. They are easy to put on the car seat, take off, clean and secure. As a pet blogger I’ve tried several different car seat covers but since testing 4Knines products one year ago, I’ve never looked back!

I will also add that I was fortunate enough to meet the owners of 4Knines last year at SuperZoo. They are extremely kind, not to mention the fact that they are dedicated pet parents. The company is based out of Scottsdale, AZ and they give a portion of every sale to animal advocacy groups. 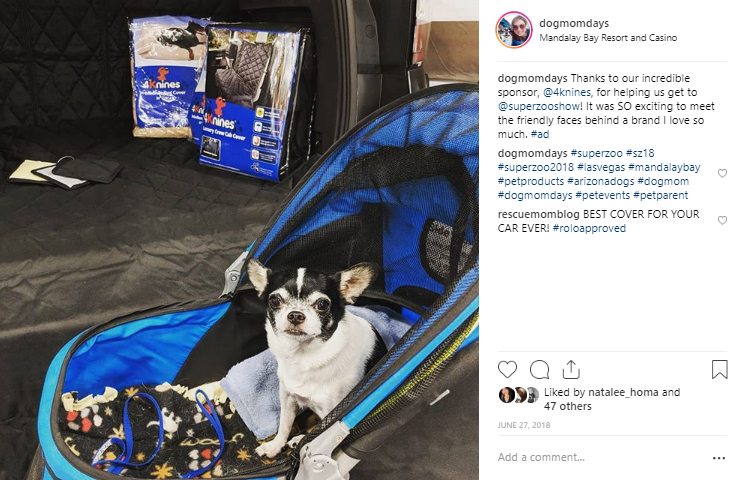 There are endless reasons to support and love 4Knines like I do, and I’m giving one reader the chance to see what all the hype is about!

Enter to win a 4Knines car seat cover of your choice!

To enter the giveaway all you have to do is leave a comment below answering the following question: Why do you want to win a 4Knines car seat cover?

The giveaway closes on 2/23/19 and is open to US residents. Click here to view full giveaway disclosures. Good luck!