Today my best friend and I went to the 9th Annual Ahwatukee Family Dog Show for the first time ever.  This year was actually the first time I had heard of it, although I’ve been living in the valley for over 16 years.  The show included vendors, demonstrations, contests and rescues. 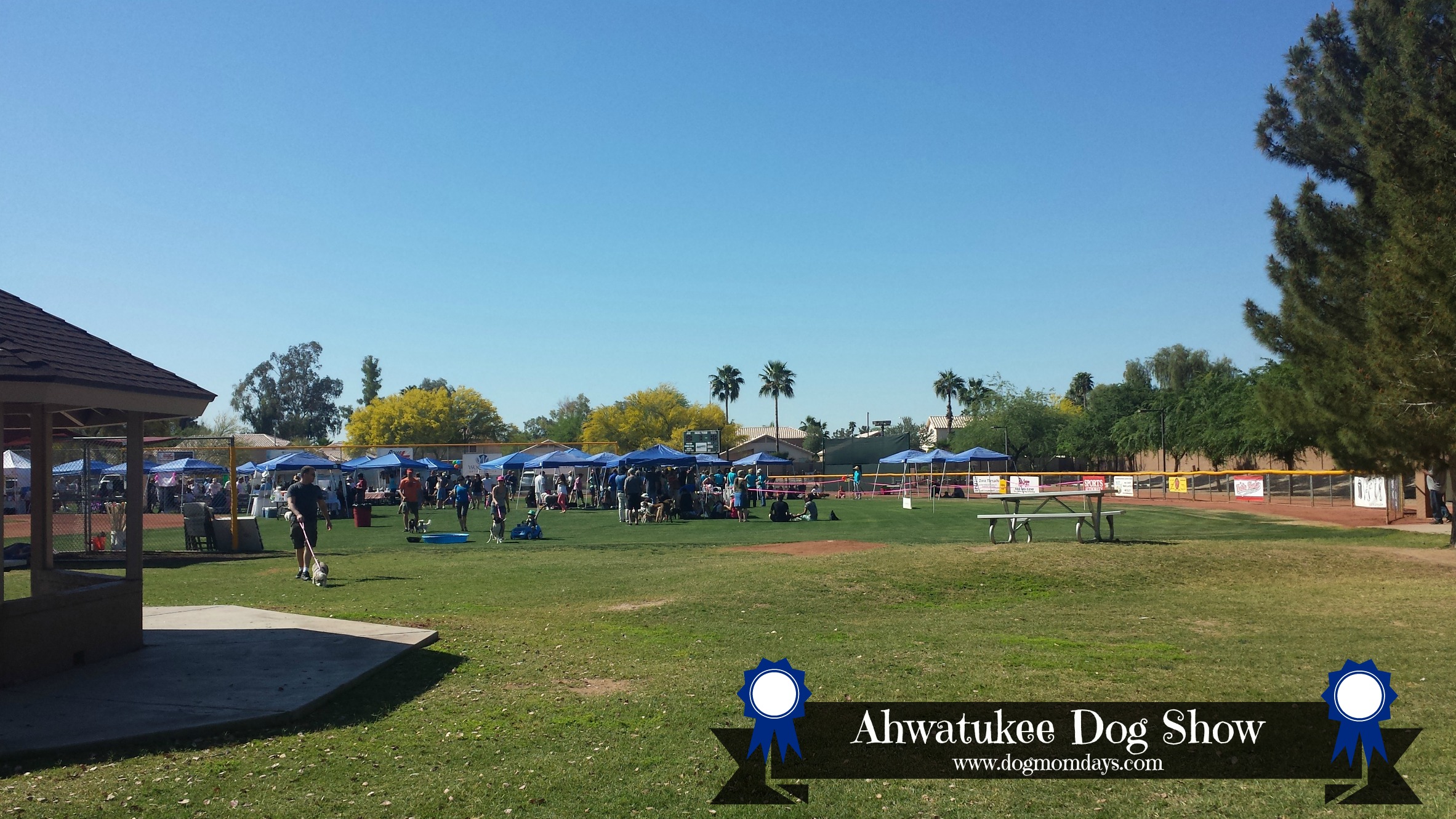 Honestly, for a show that’s been going on for 9 years, I expected much more.  There were maybe 15 booths, a majority of which I was uninterested in.  It seems that the contests were getting the most attention, as that’s where the people were gathered.  Categories included best dressed, most talkative, best kisser, best tail wag, cutest dog, cutest senior, cutest rescue, best high five and most unusual.  The crowd and pups were definitely enjoying the fun!

We walked around for a little while to cruise the booths, check out the contests and take pictures of my boy on the baseball field.  There was also an agility course set up, so Wynston showed up all of the other dogs with his skills 😉 That was probably the most fun part because Wynston loves the agility course so much.

I did have a run in with one of the women from Desert Dog Obedience.  It was extremely unfortunate.  Her dog started to walk up to Wynston, so naturally, Wyn walked up to him and they greeted each other.  Then, the nasty owner (who wasn’t paying attention because she was talking to someone else) said “Um, you shouldn’t just let your dog walk up to other dogs like that.  My dog isn’t always friendly…”

Okay.  First of all, if you’re going to represent an obedience school, you shouldn’t be rude.  Second, you need to pay attention to your dog.  Third, if your dog isn’t friendly, why the hell would you bring it to a dog event?  Wow.  It’s not MY responsibility to control your dog who isn’t friendly.  And now, I’m going to tell everyone not to ever go to Desert Dog Obedience.  Who knows what they teach over there…

Overall, the event was mediocre.  It was fun to be there with Andria and Wynston but there just wasn’t much to do.  I won’t go to the show next year because it just wasn’t worth the 30 minute drive.  Wynston had a good time seeing all of the dogs and running the agility course, so I’m glad he got out and had fun!