Today was the first day of this weekend’s intro agility trial at Club Doggie.  As usual, I was very excited, and especially  this time because Matt’s Grandma and cousin came along to watch.  At our last trial, Matt missed our gamblers run, so I was looking forward to him being there for us.  Our gamblers run proved to be very interesting to watch… 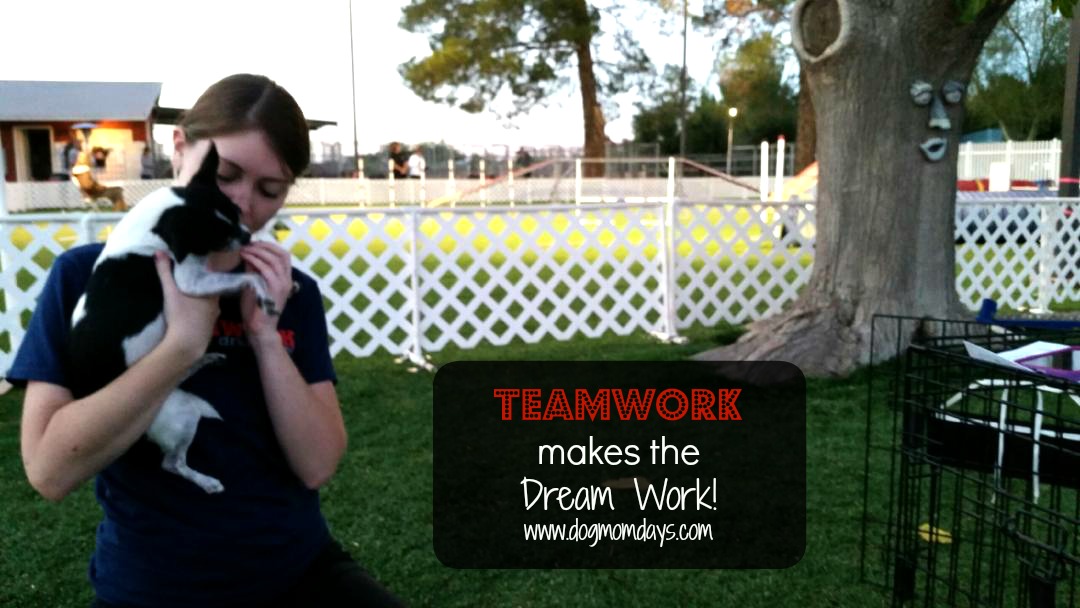 We arrived to the trial by 6pm so I’d have plenty of time to set up, check in and get Wynston measured.  The trial started at 7pm and we were the first dog to run so I better be ready!  We got settled in and I picked up my course map.  I thought out a good run with my map, then we were able to run it before starting.

For the gamblers run:

Alright.  We were up first.  The run was going okay – I had made a few mistakes with supporting obstacles and the sun was right in my eyes, so at one point I had a hard time seeing what was in front of me.  Well, as we were running, I realized that we were at the end of our course (and had completed a couple impromptu obstacles) and the 35 second buzzer hadn’t gone off yet.  Then I heard the judge say behind me, “did we set the course timer?!”  Yeah…it wasn’t set.  I wondered why that felt like the longest 35 seconds of my life!

We had to stop and we exited the course as the situation was discussed and the timer set properly.  Since I had a clean run up until the mishap was realized, those points counted, so if I got a fault my next run, it wouldn’t matter.  The two other 8″ dogs ran so we could take a quick break, then it was our turn again.  It went better the second time around, but I had a moment of panic when Wynston went up the teeter and launched off the end of it.  He doesn’t know the teeter yet but he mistook it for the dog walk (I think) because I was trying to run passed it when the buzzer went off.  Mom fail.

The teeter incident caused Wynston to get a rough start into the gamble sequence.  We made it through, although it was a little bit squirrely. 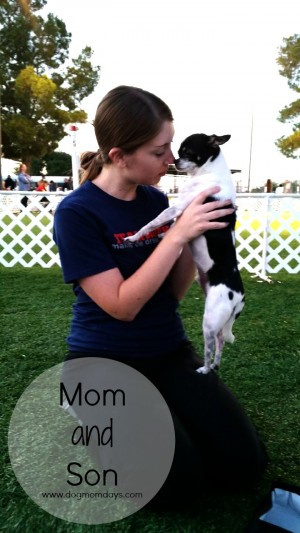 But hey.  We completed it and Wynston did the best he could, despite my poor judgement around some of the obstacles. We ended with a total of 83 points.  Our run was a bit slow, at around 53 seconds.

Our effort proved to be enough.  Wynston got a Q (qualifier) and a 1st place ribbon!  We had such a good time and are looking forward to our jumpers run tomorrow evening.

Stay tuned for videos of our runs!