Well, the trial is over, and I will admit that I’m very glad because I didn’t do as well as I hoped.  Now I have my “first agility trial” jitters out of the way. 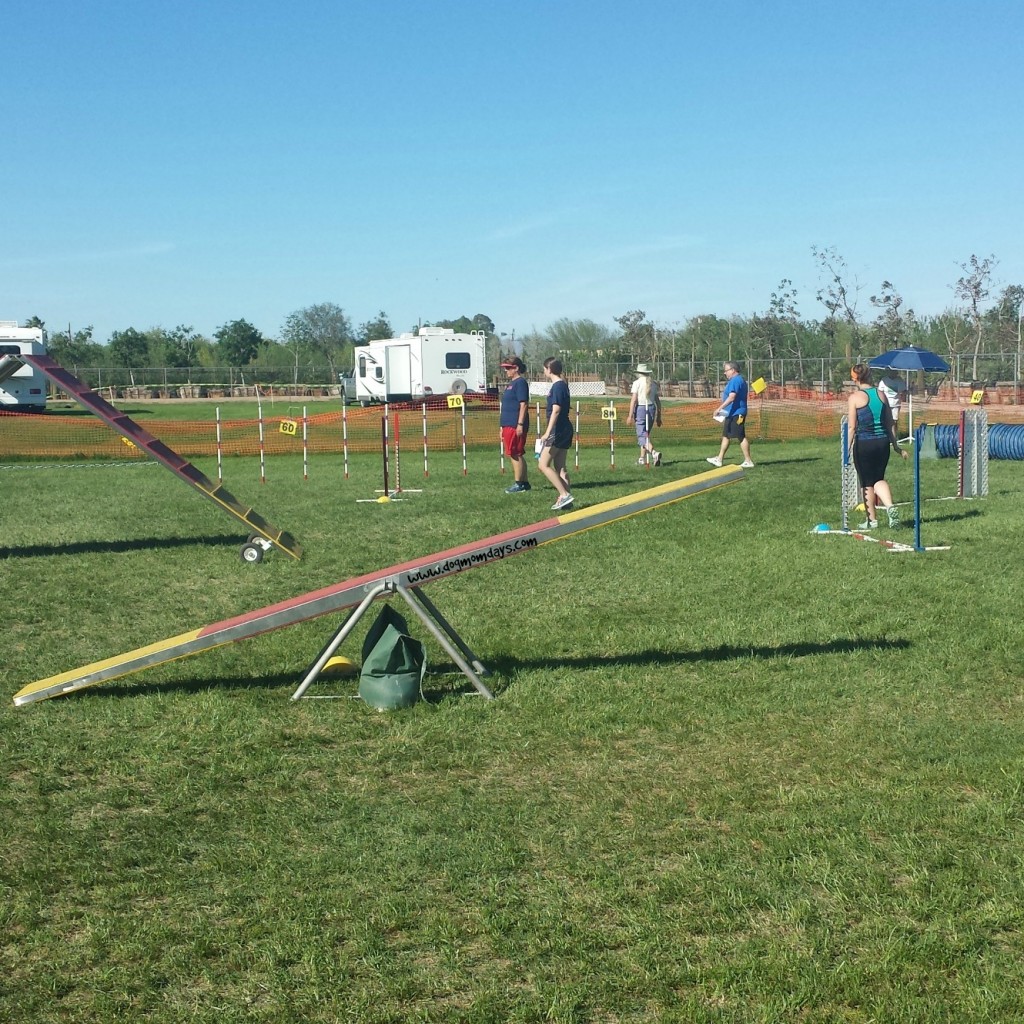 Yesterday Wynston and I competed in our first agility trial at Club Doggie.  We signed up for starters relay and performance 1 jumpers.  Here’s how our day went:

We arrived bright and early at 7:30am.  I knew we wouldn’t be running until later in the day but I wanted to be there early since it was our first time competing.  I brought an extensive list of items: 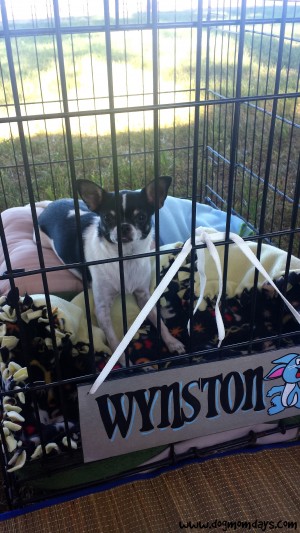 It was going to be a hot day but we were able to set up under shade so it was a very comfortable, breezy day.  I took Wynston out of his kennel for frequent walks and playtime throughout the day.  I didn’t want to tire him out too much but by the time we had our first run around 3:30, we had already been there for 8 hours!

Our first run was our starters pairs relay run.  At the beginning of the day we got our course maps so I was able to discuss it with my partner, Jen.  Starters pairs works like this: there are 16 obstacles total – 8 for each dog.  You decide who is going first – I went first.  After I was to run my 8 obstacles, I would hand Jen a baton, in which case it’d be her turn to run her obstacles.  Our course unfortunately had a teeter and weaves on it.  Wynston doesn’t know either of those obstacles so I let Jen choose the side she was more comfortable with.  Since we were just running for the fun and experience, the plan was for me and Wynston to simply run around the teeter, even though we knew it would disqualify us.  Wynston ran perfectly.  All we had on our side was hurdles but I got to see how it felt to be competing, and it was a lot of fun.  Jen and I rocked the run.  If I didn’t have to avoid an obstacle, we would have gotten 2nd place.  But we had a blast and got to see what it’s like to run pairs!

Next was performance 1 jumpers.  This is also a course for beginners.  I was told that all the course would have on it was jumps and tunnels – perfect!  Well, not so much.  Our judge was really tough and he decided it’d be delightful to put a chute on the course.  A chute…a chute?!?!?!  Wynston saw the chute ONCE and it was ten months ago…oh dear God.  Kama told me that she’s never seen a chute in a P1 jumpers course…but there was one on mine.  That’s my luck.

I was panicking all day and by the time our ran came around, it was almost 6:30.  I was tired, it was getting dark and everyone was talking about how they were ready to go home.  I made the mistake of listening to everyone instead of walking away so I didn’t psych myself out.  Wynston was SO excited to run, so I was trying to keep my focus on him.

When it came time for our run, he didn’t break his start line (YAY!) but he missed the second jump.  That was my bad because I was too far from it.  After that I did well on my front cross but then I forgot about a jump.  Sigh.  How could I miss an entire jump?!?! Nerves maybe.  After that, we attempted the chute three times but Wynston couldn’t complete the obstacle.  He went in it, but wouldn’t go all the way through.  Oh well, we never worked on it but now we will.  We completed the last four hurdles quickly.  Wynston. Runs. Fast. 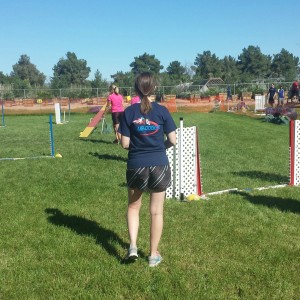 If I didn’t entirely miss a jump, we would have gotten a Q (qualified).  Instead, we were eliminated.  That was completely my fault.  My trainers both seem to think we had a great run and as Kama would said “He doesn’t know what the course is. All he knows is you were running fast and excited, so he was fast and excited!”

After thinking more about it, it’s all about my son in the long run.  If he’s having fun, that’s what matters to me.  It’s not about winning and ribbons.  It’s about getting out there and doing my best at what my son loves most – running agility with his mom.

In the meantime, we’ll work on the chute and start preparing for the April trial!  I learned so much from actually competing, that next time I will be better prepared.  Thanks to Club Doggie for putting on a super fun trial and congrats to all of my friends that competed!

For videos of Wynston and I running different courses, visit my agility page!