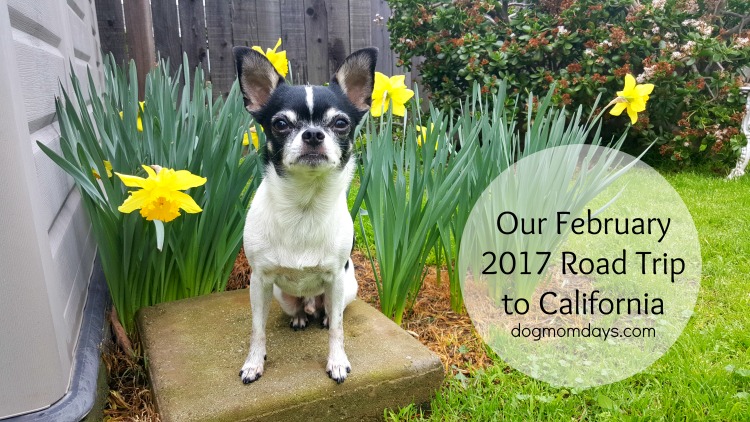 Typically Matt and I like to go to California a few times a year. We have a second home in La Verne, which is in East LA County, about 30 minutes from Disneyland and Huntington Beach. The drive is an easy six hours from our Arizona house. We love to pack up the dogs for relaxing trips, and that’s what we planned to do this past weekend. We made it to California safely, but plans took a quick, unexpected turn a day after we got into town.

On our way to La Verne, we stopped in La Quinta, CA to visit Matt’s grandma. We hung out at the house for about an hour. The dogs enjoyed it because they got to run on the beautiful greenbelts behind the house. It was a great way for them to stretch their legs before the next two hours of our drive. I always enjoy seeing “Gram” and I’m glad we got to stop. Wynston got tired out quickly and retreated to lounging after some grass time… 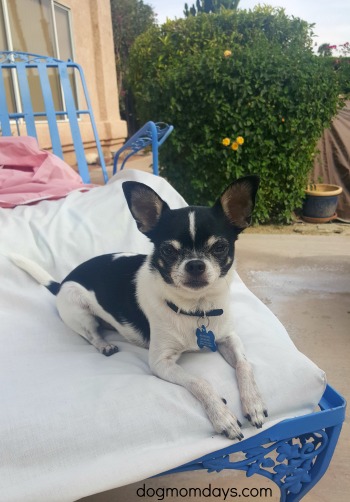 I was expecting rain while we were in CA, as my parents taught me to always check the weather forecast before traveling. Matt and I planned a Disneyland date for Friday, which we like to do twice a year. This was our Valentine’s Day gift to each other. We were prepared for rainy weather that day because, well, it was forecasted. We brought warm clothes and two umbrellas. And let me tell you…it’s a good thing we did.

When we arrived in Anaheim on Friday morning, the rain was light but steady. No big deal – we stayed warm and dry. Surprisingly, most other people seemed prepared for the inclement weather also. Since we visit Disneyland a couple times a year, Matt and I have a route we like to take at the theme park. Although the rain remained steady throughout the morning, our route and schedule stayed on track, until we began hitting closed rides due to the rain. The more we walked around, the more unprepared visitors we saw. Many people looked absolutely miserable. With nothing but a poncho, or sometimes not even a poncho, people were soaked and cold. We used this to our advantage because lines were short and paths were clear.

Fast forward to 2pm. Matt and I made our way over to It’s a Small World. It was sprinkling but we figured the line would be short and people would be keeping the boats dry. We were right. That’s always a nice, relaxing ride. But by the time we saw the light at the end of the tunnel at the end of the ride (quite literally) it was pouring. I put up my umbrella and it wasn’t enough to keep us dry. The boat began flooding with water…and my butt and legs got soaked. We rushed off the boat and attempted to take shelter in a nearby store. That didn’t last long, as the store began to flood and they kicked us all out.

The rain was coming down so hard at that point, that we had to leave the park by 3pm. It was raining like I’d never seen before. The Disneyland paths were flooding and the stores were closing. The park is open rain or shine, but most people were rushing to leave. Luckily Matt and I had hit up all of the rides that we could that day. Some were closed for refurbishment, others were closed due to the rain throughout the day. I did, however, manage to find a fancy new Beauty and the Beast pin. I collect Disney pins so I bought this one in celebration of the new movie release coming up in May. 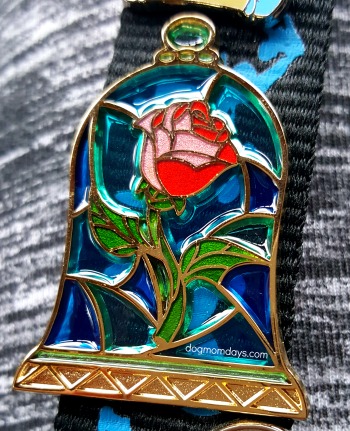 When we eventually made it to our car, my hair was a mess, my pants were soaked and I was freezing. We took a bus from the park to our car, so we didn’t have to do a lot of walking. My dishevled appearance was created by simply walking out of the park. Traffic was horrible on our way home, so it took us a good hour to get there.

As you can imagine, our dogs were relieved to see us when we arrived at the house. Of course the first thing we did was let McKenzie Rae, Wynston and Khloee outside, but it was pouring. Not only was it pouring then but it poured non-stop until we went to bed that night. I heard that some areas got about seven inches of rain within two hours. That’s crazy!!! Eventually my dogs went out because they HAD to go potty, but they were soaked afterwards.

We had plans to go to Huntington Dog Beach on Saturday but those plans were thwarted. It rained all day Saturday and I’m sure the beach was extremely muddy. Huntington Beach was under severe flash flood warnings the day before. Needless to say, we stayed in and had a relaxing Saturday at home. 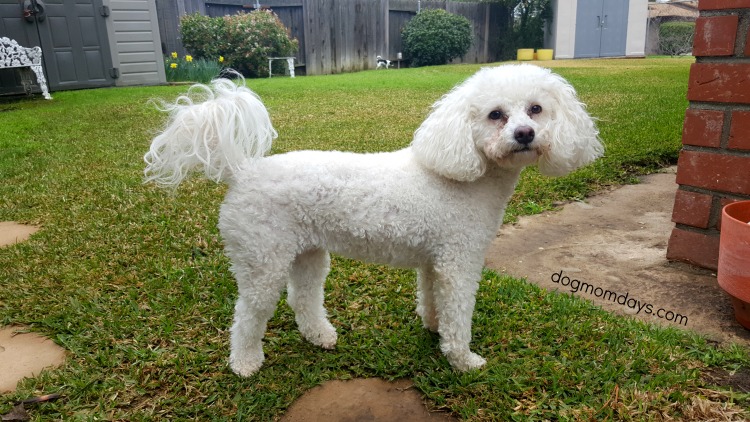 Although we didn’t make it to the beach, the dogs still had fun romping in the backyard and exploring their surroundings on Saturday. We have a huge grass backyard now, but Wynston, Khloee and McKenzie Rae always love playing at the California house. They know that house by now, but the different smells and sites are worth exploring each time we go!

Our drive home on Sunday was another easy one. The dogs did amazingly in the car as usual. They are seriously the easiest dogs to travel with. We made it home by 4pm and our cats were very happy to see us! My mom looked over the house and cats while we were gone so they did have some company. Khloee was the most excited to see all of the cats. It was pretty cute…

We settled in by Sunday evening and hit the hay early. The dogs were passed out all night from such a fun four days and tiring day of travel. Hopefully next time we visit California we will be able to go to the beach. I’ve been dying to get McKenzie Rae to the beach since she’s never been. Well, perhaps next time.

Did you have a nice President’s Day weekend?