In late November 2015, Matt and I rescued McKenzie Rae from the euthanasia list at our local shelter.  She had been a stray (we’re guessing for her whole life) and she wasn’t accustomed to eating dog food.  Well, a few weeks later she became extremely ill. Honestly I thought we were going to lose McKenzie Rae, as her immune system is weak and she’s underweight.  My vet suggested feeding her puppy food so she can get the protein and vitamins she missed out on while growing up.  I’m not going to feed McKenzie puppy food forever, but what food can I get in the meantime that won’t break the bank yet is nutritious for my girl?  Nature’s Recipe®!

END_OF_DOCUMENT_TOKEN_TO_BE_REPLACED

My name is Amanda and I'm a creative pet writer and blogging coach. I'm the mom to two dogs - Wynston and Penny - and three amazing cats. Let's work together! Email me at amanda@dogmomdays.com 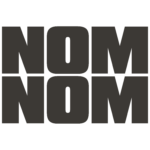 Get Your Dog DNA Test!