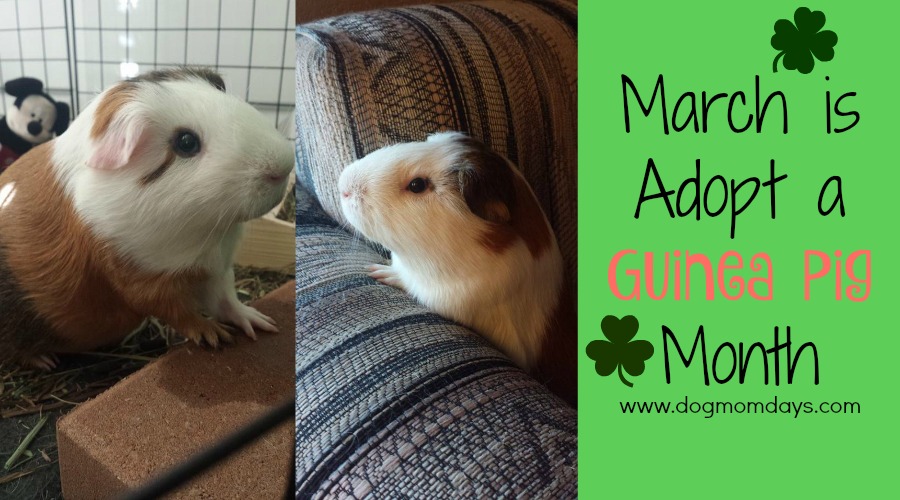 I am so thrilled that there is a month dedicated to guinea pigs!  I’ve had a guinea pig in my life for over 6 years now.  I recently lost my Kirby on 1-23-15 and shortly after, I rescued my Sammie from AZ Piggie Poo Rescue.  I also started volunteering for the rescue and it’s been amazing!

END_OF_DOCUMENT_TOKEN_TO_BE_REPLACED

(Update on Buster 2.13.15 – He was taken in by Sharon of AZ Piggie Poo Rescue.  He will be loved and cared for in her wonderful home for the rest of his days!)

I’ve been involved in animal rescue for over 7 years.  It never gets easy.  The most common thing I hear from people is “I don’t know how you do it! I could never do it.”

Some days, I don’t know how I do it either.  It’s hard.  I cry.  I’ve seen animals die, suffer abuse, get thrown away by their owners.  Nothing about it is glamorous.

Recently I started volunteering for the only small animal rescue in the state of Arizona.  I absolutely LOVE it.  The people are wonderful and the cause is just outstanding.  I didn’t really know how small animal rescue would differ from dog and cat rescue.  Turns out, they aren’t very different at all, especially when it comes to the tears and anger I feel when owners surrender their innocent animals.

Today, I was at my weekly volunteer shift – cleaning cages, feeding the piggies, spending time with them…the usual.  Then, one of the ladies comes up to me and says “Well, we have a surrender.  He has some issues.”

Okay, deep breaths.  I head to the front of the rescue (I work mostly behind the scenes) and the rescue owner and volunteer are bringing in supplies from the woman’s car.  They walk in with the piggy.  The woman who was surrendering him had adopted him from the rescue several years prior…in 2009.  This pig is now almost 7 years old.

He’s in rough shape.  His nails are curled under.  He’s severely impacted (which basically means he’s clogged with poop) and he has a MASSIVE mammary tumor.  The woman says “He has a lump on him.”  Um, you lady, are an idiot.  This is an insanely huge tumor.  Ever hear of veterinary attention?

Keep in mind, this woman looked like a very normal, capable woman.  She then proceeds to tell us that her 16 year old son hadn’t taken care of the pig in about a year.  Seriously?  Are you on drugs?  What kind of human being are you…and you’re raising irresponsible children?! GAH!

We take Buster to the back, trim his nails and attempt to free him of the blockage he’s suffering from.  We had a nice clean cage area ready for him, with some fresh veggies.  Who knows when the last time he had some veggies was.  He was also eating crappy store brand pellets made out of corn and who knows what else.

This is the downside to animal rescue.  I want to punch many people in the face and tell them to NEVER adopt another animal.  This ignorant woman didn’t want to deal with this poor little piggy anymore or invest the money to care for him at old age.  It’s just heartbreaking.

I’m not sure how much longer Buster has on this earth, but at least he’ll spend his last days in a clean, loving environment filled with fresh garden vegetables and friends.

Please, don’t adopt an animal if it’s not for life.  Animals are not trash for you to dispose of.  They are a commitment, just as a human child is.  If you can’t afford it or take the time to care, don’t have animals.  It’s simple.

Who would have thought that 3 days after I simply intended to donate Kirby’s items after his passing that I’d be volunteering for that same rescue!  And on top of that, I didn’t think I’d already have a pig from there as well!