I arrived at my best friend Andria’s house to pick her up for a dinner date. When I walked inside, I greeted her and her husband Paul, but most importantly, their dog Dexter! Andria was showing me her new couch as I sat down to play a game of fetch with Dexter. While we were chatting, Andria began to tell me about this toy that she thought Dex would absolutely love called Tether Tug. As she showed me the video, I agreed that it would be perfect for Dexter, being that it would work well for his toy drive and energy level. The very next day, I received the opportunity to review Tether Tug! The universe works in mysterious ways, eh? My initial thought was to have McKenzie Rae and Khloee test out the Tether Tug but then I thought who better to give it a run than Dexter? So back to Andria’s house I went a few weeks later, Tether Tug in hand.

It’s been extremely hot in Arizona. And when I say hot, I mean scorching. It’s supposed to be 122° this weekend. Yes, you read that correctly. We’ve been under excessive heat warnings. Our temps everyday have been 115°+ for the last couple of weeks. Last June was very mild so I didn’t expect such brutal weather yet. It was bad timing for the Tether Tug to come in simply because it’s honestly not safe for our dogs to play outside in these extreme temperatures. Luckily we did have a day where it was only about 100° so that’s the day I was able to introduce Dexter to the Tether Tug. 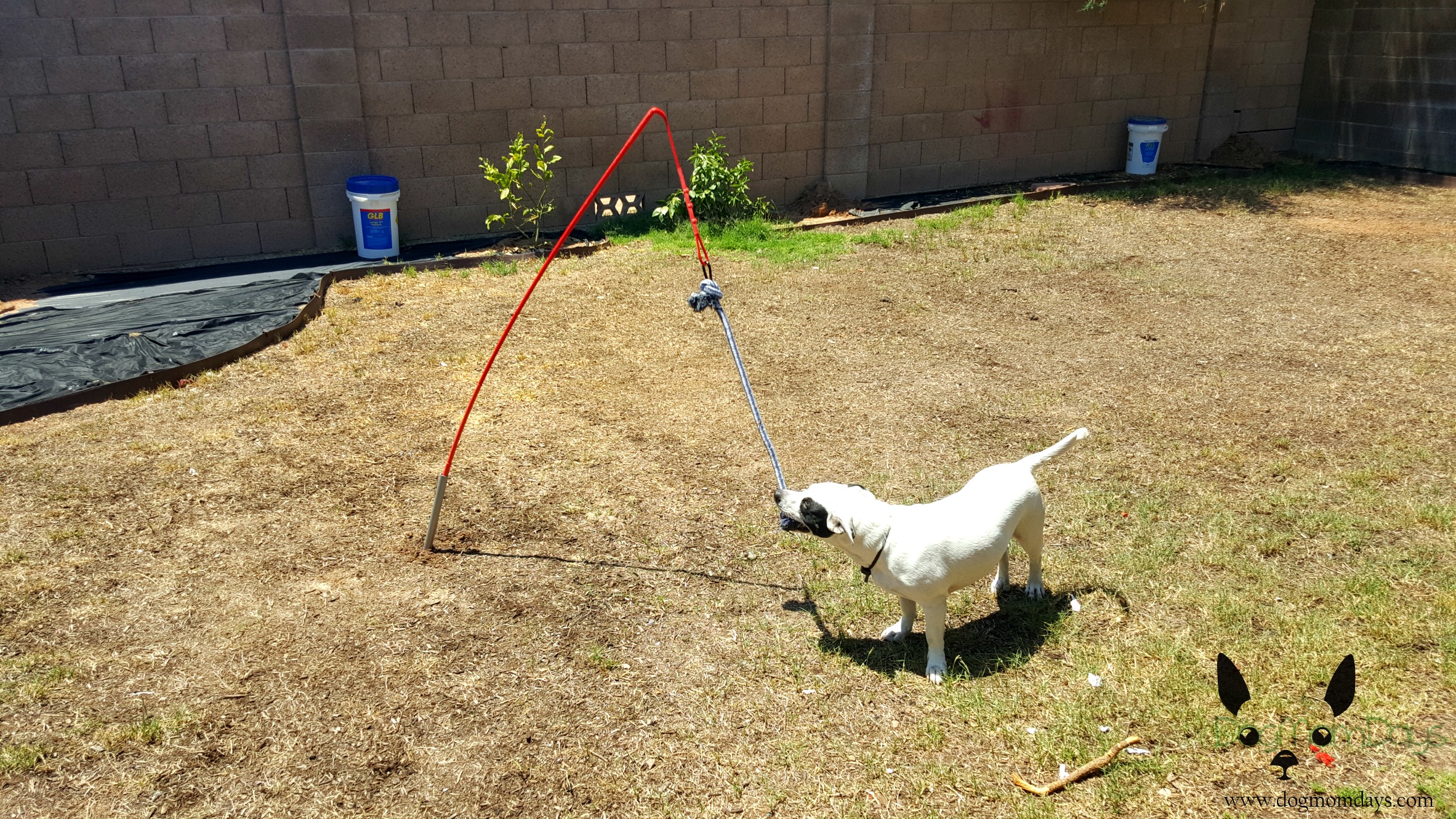 What is Tether Tug?

Tether Tug is an interactive toy created for dogs of all sizes and energy levels. It allows your dog to tug, pull, grab and shake in an endless game of tug-of-war! Many pups love to play tug with their owners but let’s be honest, we don’t want to play tug for hours like our dogs do! Tether Tug is a great option for dogs who need an outlet for boredom and pent up energy. Plus, all of the bouncing around your dog will do is wonderful exercise. The Tether Tug provides both physical and mental stimulation. 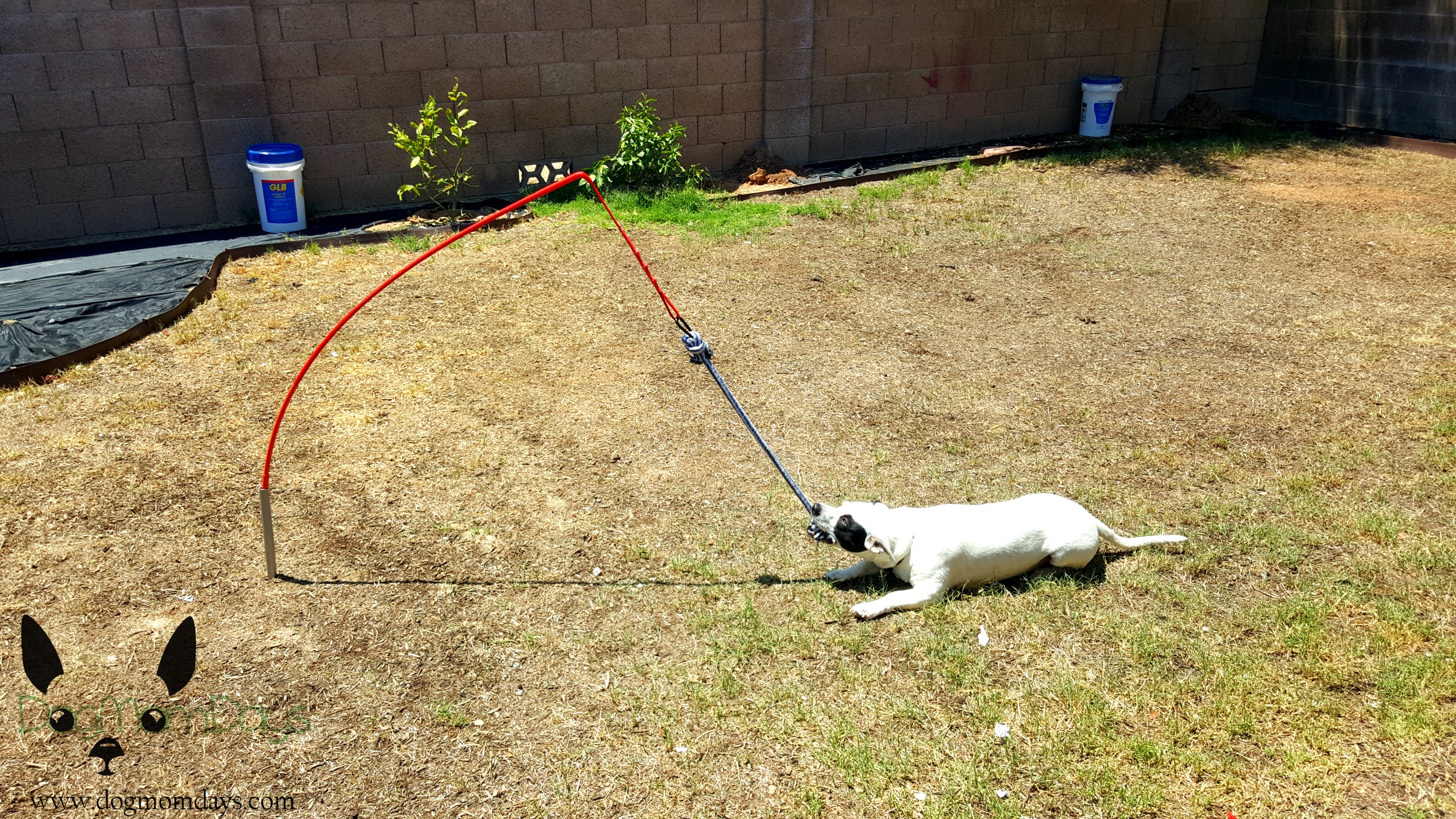 Our Experience With Tether Tug

I never would have thought to take into account the fact that Arizona ground is very difficult to dig in. We don’t have moist soil like most of the country does, especially when we’re experiencing 115° weather. The heat literally dries everything up so when Andria and I attempted to put the base into the ground, it was nearly impossible. We then tried to moisten the dirt and dig a hole. It kind of worked – we got the base in enough for Dexter to play with the Tether Tug. This won’t be an issue for most people because Arizona is so different when it comes to our climate and environment. Just know that if you do live in a dry climate like we do, the ground may require extra moistening so you can dig a proper hole.

Dexter tested out the medium Tether Tug, which is for dogs 15-34lbs. My dogs are all under 15lbs so the mini tug toy would have been more appropriate. Andria and I weren’t sure if the tug would go flying out of the base because we couldn’t get it into the ground all the way but that didn’t happen! It was a pleasant surprise!

Tether Tug does offer an indoor option which would be super great for these Arizona summers. Since it’s too devastatingly hot to do anything outside, it’d be nice to have an interactive toy for the indoors to avoid your pup putting on the extra pounds due to lack of exercise.

I was also pleased with the Tether Tug website. It’s easy to browse, and as I was investigating all of the product a customer service representative sent me an instant message to see if I needed help with anything. I think that’s really convenient because if you have a question about one of their products, you can talk to someone right there! I always appreciate good customer service and I give Tether Tug five stars for theirs.

If you live in cooler climate than Arizona, Tether Tug would be a great summer toy for dogs. Arizonans could benefit more from it during the fall, winter and spring months. I’d like to try out the indoor Tether Tug in the future for weeks like this when we’re expecting record breaking temperatures.

To see all of your options and watch more of the Tether Tug in action, visit their website!

*Update – Tether Tug was nice enough to send us the indoor model and I’m happy to report that McKenzie Rae loves it! It’s super sturdy under our couch and all of my dogs love the felt toy. It’s truly perfect for these extremely hot days we’ve been having. Thank you, Tether Tug!* 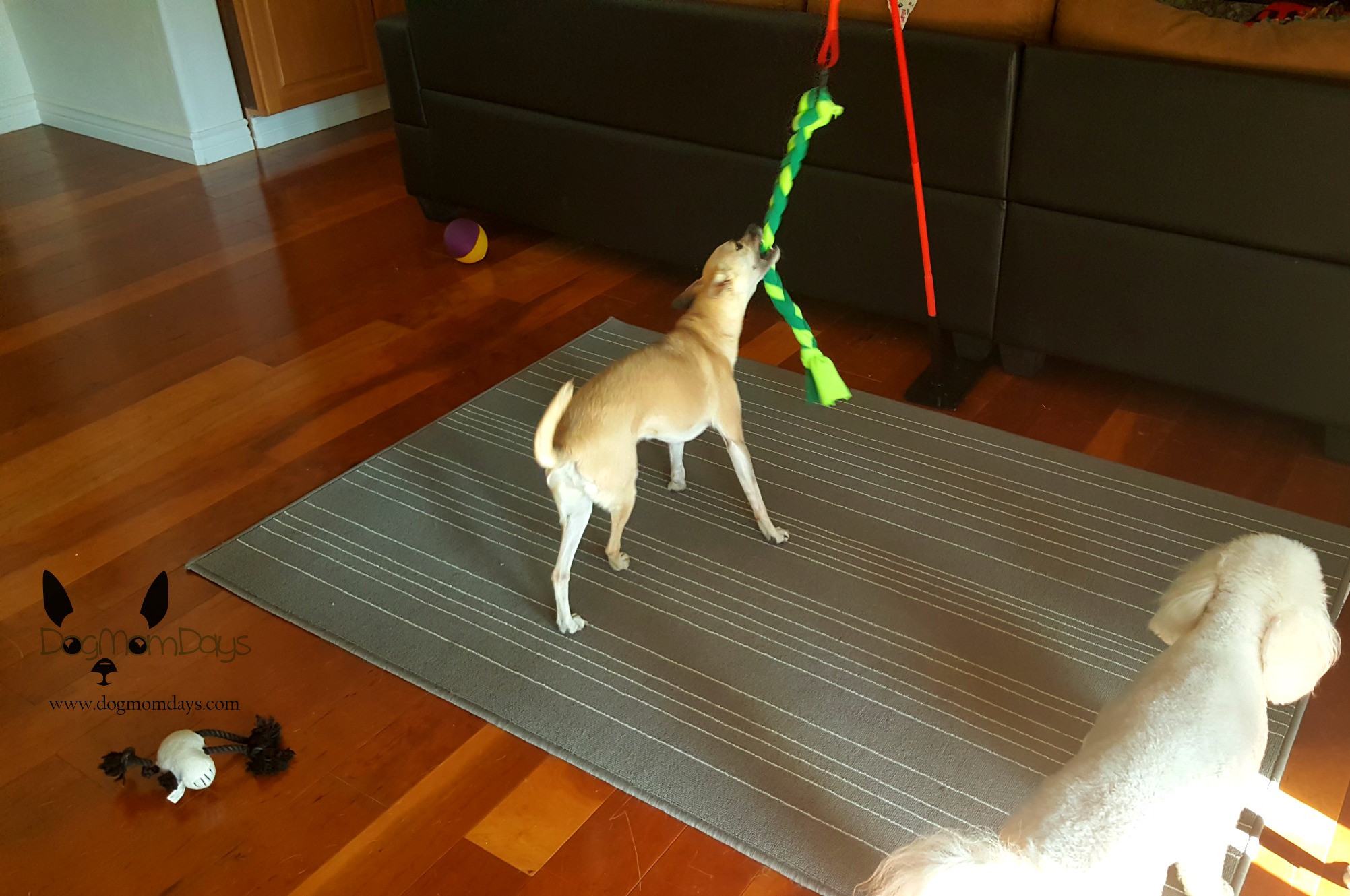 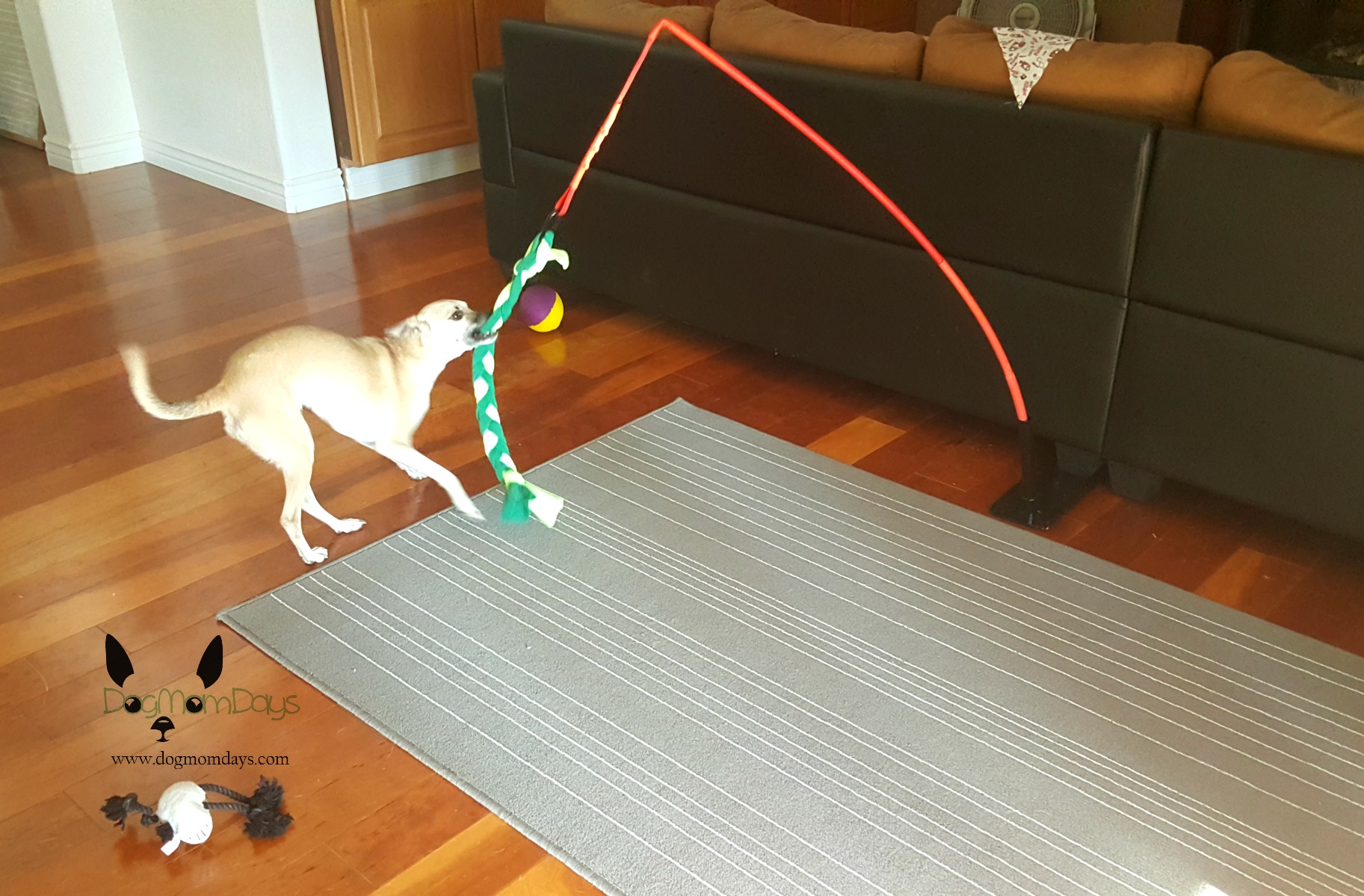