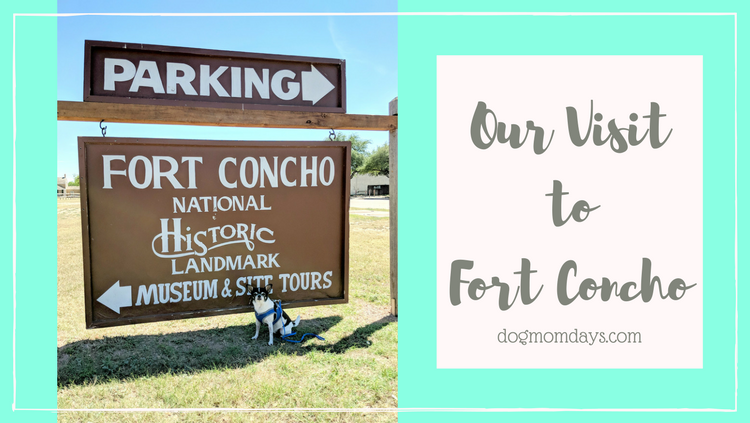 Established in 1867 along the banks of the Concho River, Fort Concho was built to protect frontier settlements, patrol and map the vast West Texas region, and quell hostile threats in the area. Constructed of mostly native limestone, Fort Concho consisted of at least forty buildings and covered more than 1600 acres.

As a history buff, this historical landmark is one that I’ve been wanting to visit, and today I finally got to take Wynston there! The weather was extraordinary, making for a perfect day. I hope you enjoy all of our photos!

At full strength, Fort Concho supported 400-500 men made up of companies of infantry and troops of cavalry, staff officers and support personnel. In June 1889 the last soldiers marched away from Fort Concho and the fort was deactivated. After almost twenty-two years Fort Concho’s role in the settling of the Texas frontier was over.

Today, Fort Concho National Historic Landmark encompasses most of the former army post and includes twenty-three original and restored fort structures. The old frontier army post is now a historic preservation project and museum which is owned and operated by the City of San Angelo, Texas. (source: http://fortconcho.com/) 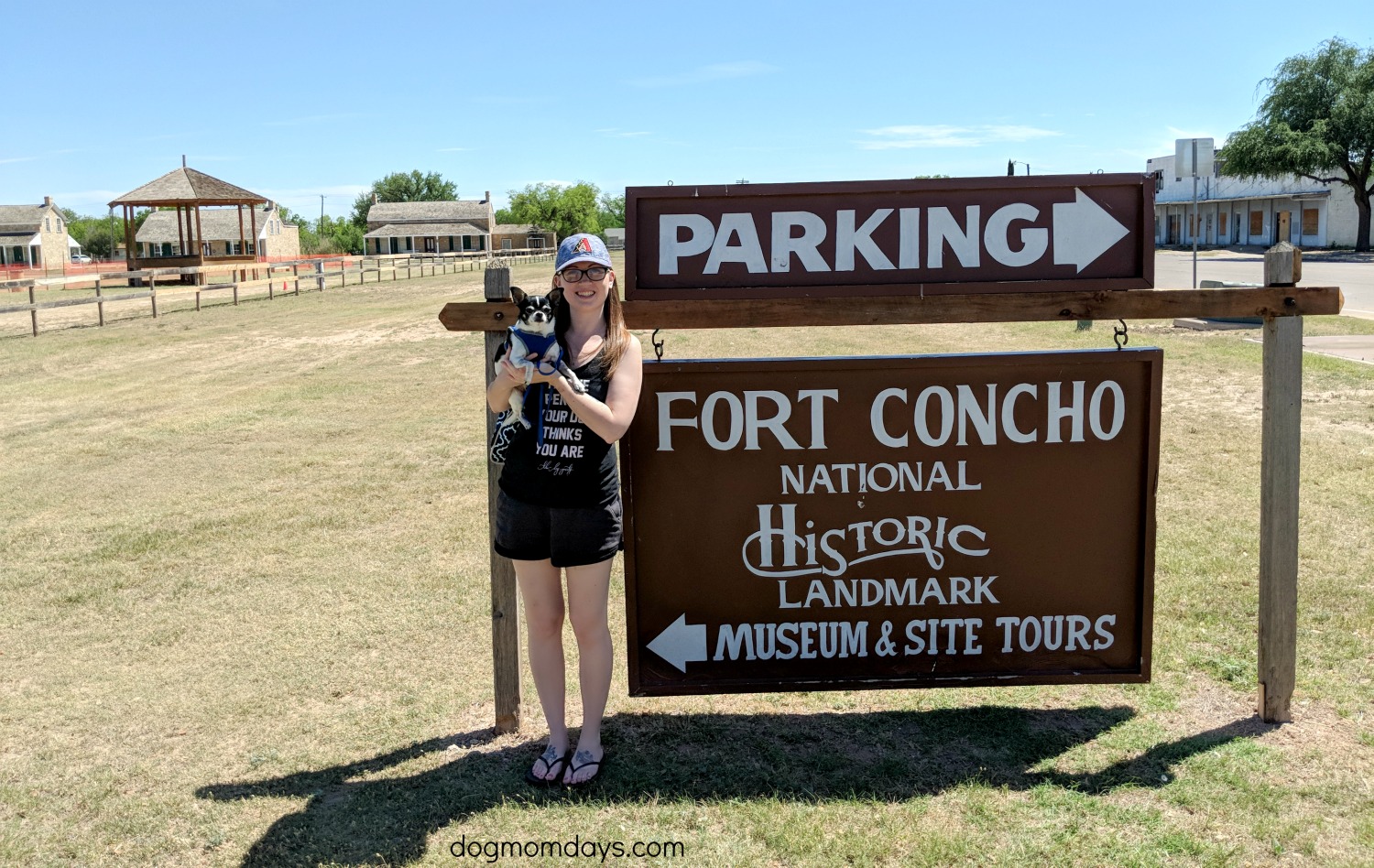 Fort Concho is located right outside downtown San Angelo. It’s easy to get to and parking is free (and there’s a lot of it). We went on Sunday, when they are open from 1-5pm. There were literally no other cars in the parking lot. We were the only ones there. I didn’t mind, as crowds make me anxious. Plus being the only souls around created a peaceful atmosphere. I really was able to be mindful of the history that we were experiencing. 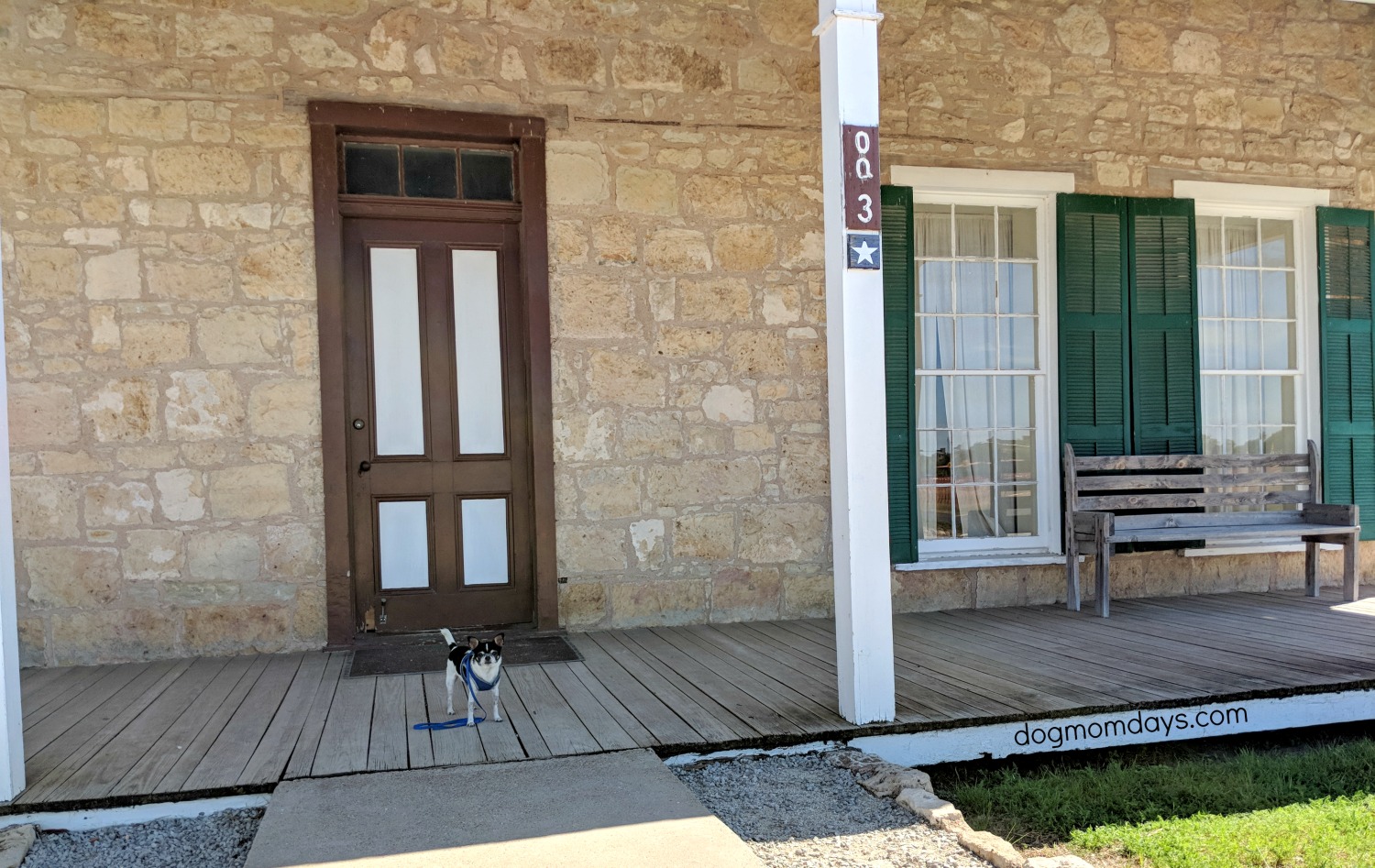 We started our day at the visitor’s center where we encountered two staff members…the only sign of life that we’d see. They were welcoming of Wynston and offered us snacks and water. Inside that first building we visited an Army medical exhibit. It was very creepy but super cool! 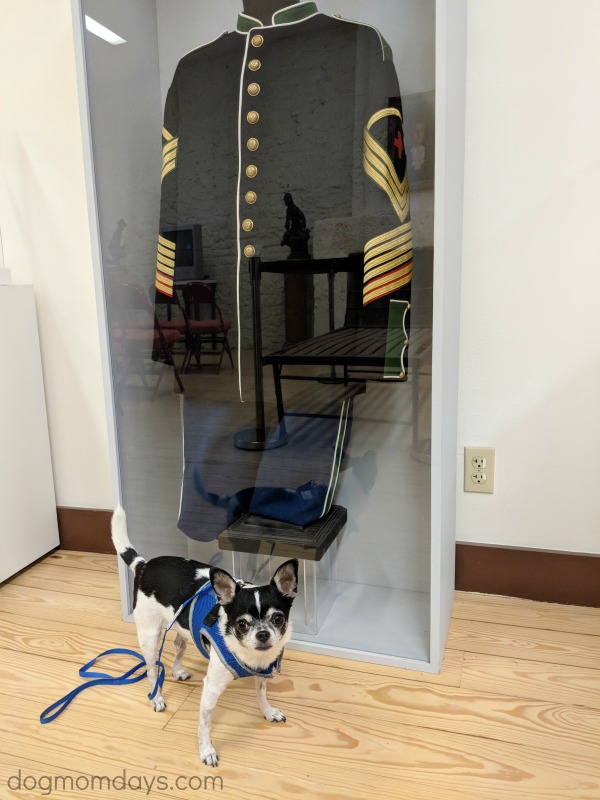 The weather was perfect for our visit to Fort Concho. It was about 75° with a cool breeze. It really couldn’t have gotten any more beautiful! The exhibits are air conditioned, which is a nice touch for when the heat hits San Angelo.

Next we checked out an artillery exhibit, as well as a telephone history museum. That was probably my favorite, and Wynston’s too! 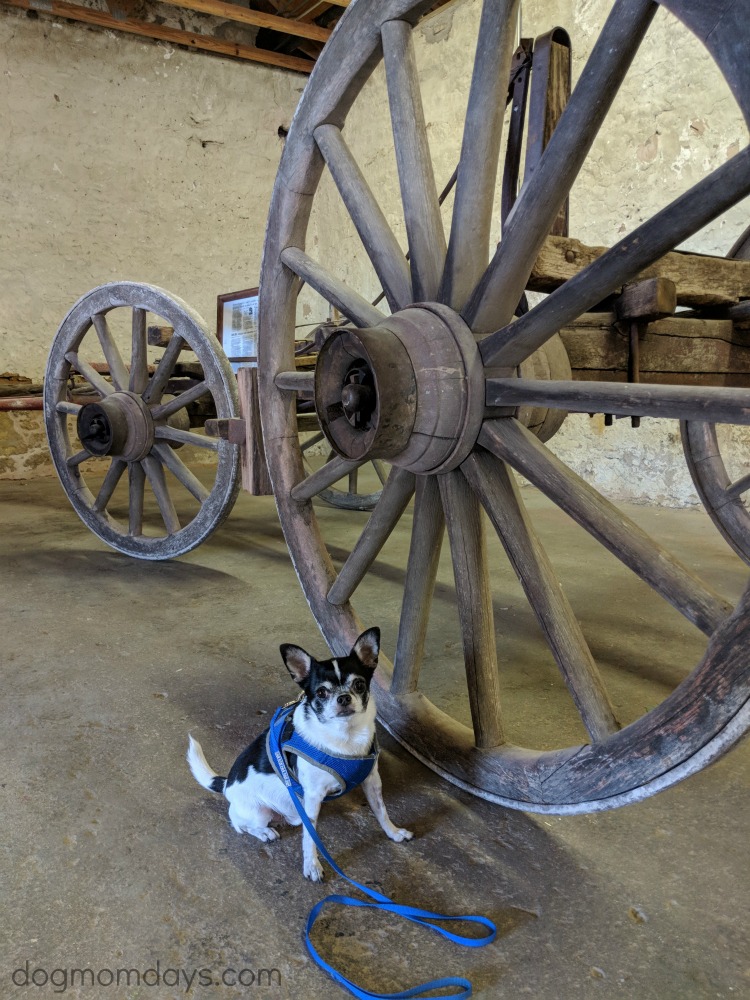 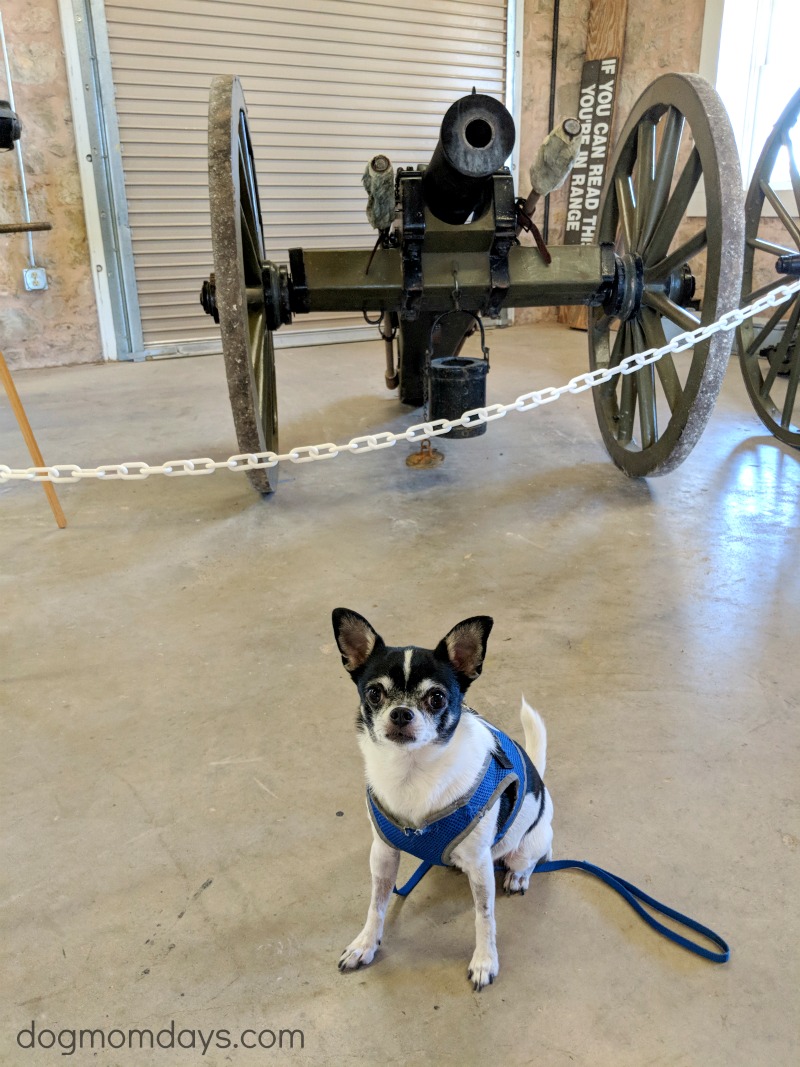 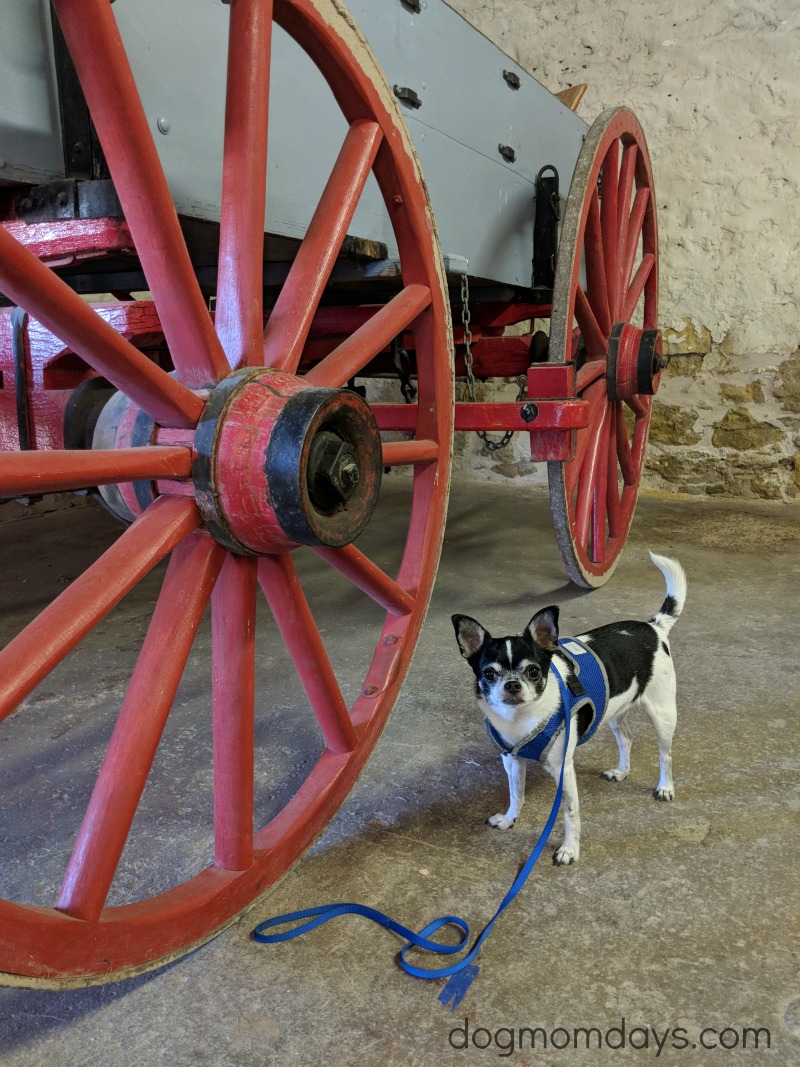 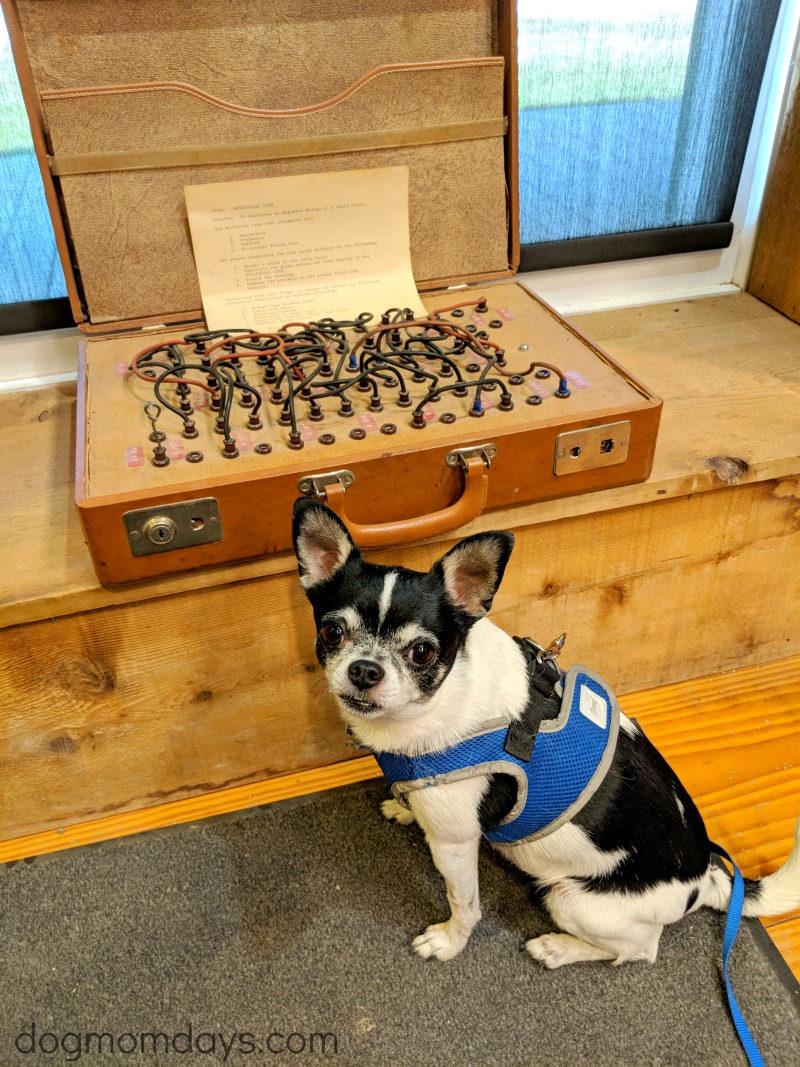 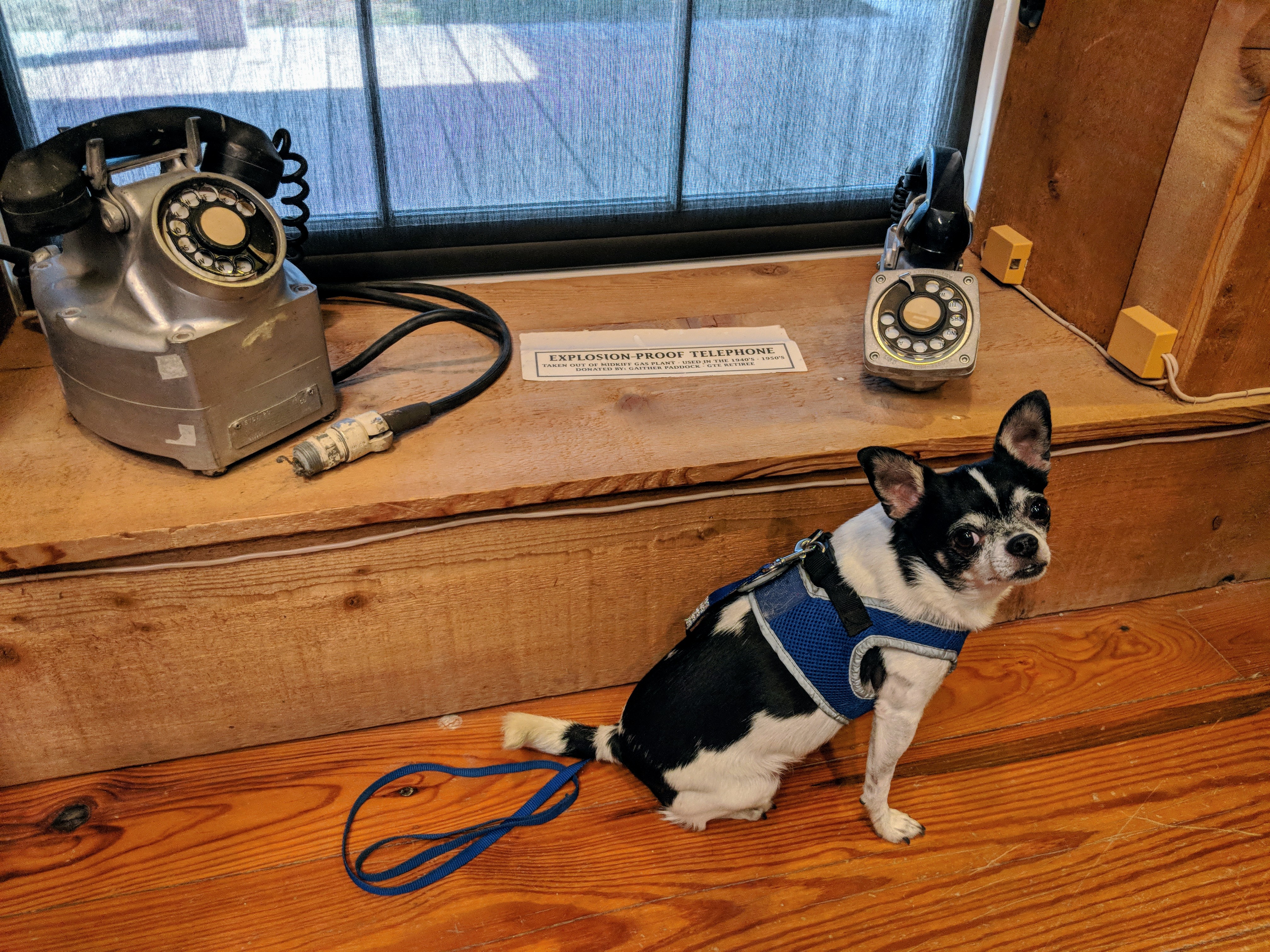 We did get to see the remnants of an officer’s quarters, which was mostly demolished in the 1970s due to it becoming hazardous. It was neat to see where it once stood, and to picture everything that happened there. 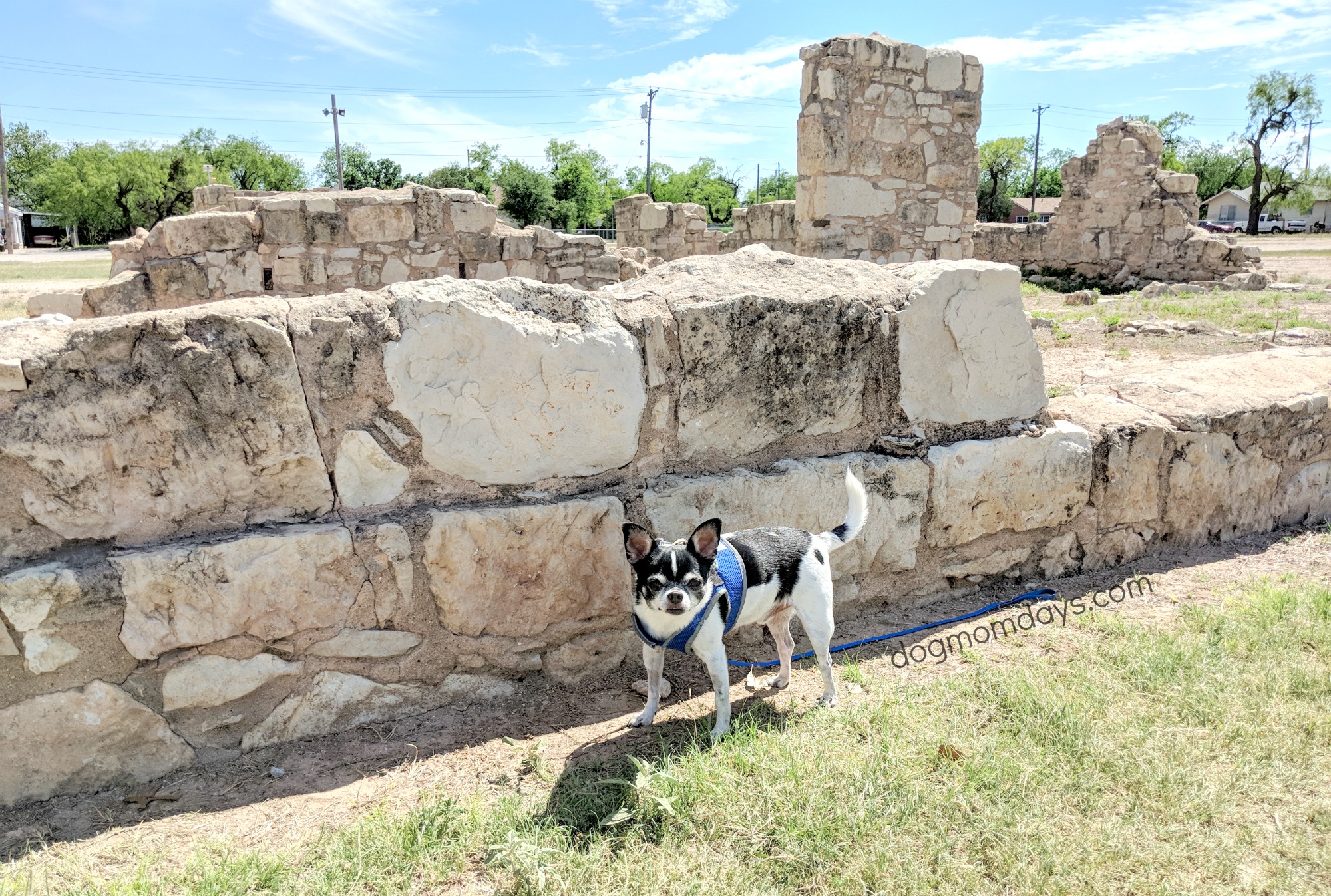 Wynston was allowed free reign of Fort Concho, and I very much appreciated it. This fantastic historical landmark is extremely well preserved and taken care of. I like the cleanliness and the friendliness of the staff/volunteers. I’d absolutely recommend stopping here if you find yourself in the San Angelo area.

P.S – I brought Wynston’s ESA paperwork in case I was asked for it. I carried him through the museums, unless I wanted a photo of him. I didn’t allow Wynston to pee on any of the historical structures. I always respect places that I take Wynston and work to be the absolute best pet parent I can be. I never want to ruin the experience for others, and I want to show that dog moms (and dads) should be welcome more places.