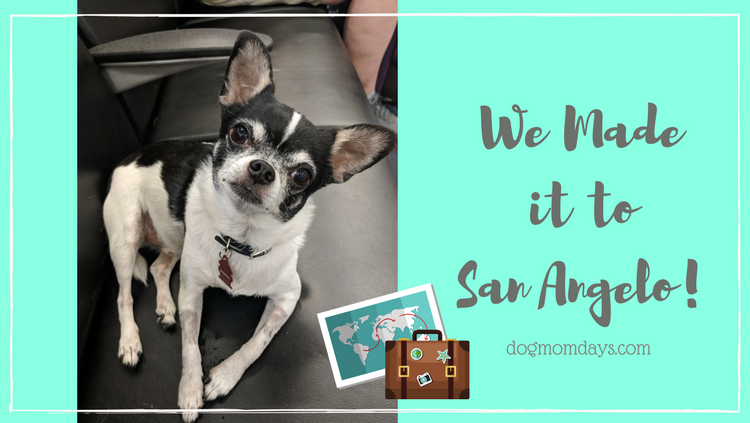 Smooth flights, rude American Airlines employees and a luggage issue later (surprise, surprise) we made it to Texas! Ultimately I’m glad we didn’t have any delayed or cancelled flights – aside from our first flight being initially cancelled and rescheduled. Wynston was the most incredible travel companion, of course, but there are some things I would have changed about our overall experience. The best part of our journey was keeping a tally of all the people who mentioned how great/cute/well-behaved Wynston is. And yes, I literally kept a tally.

Our Trip to San Angelo

Our flight was originally scheduled to leave at 7:40am on Saturday, but on Friday night I received a text stating that our flight had been cancelled. My first thought was, “OMG really?! UGH!” After the initial irritation, I realized that I’d much rather have my flight cancelled while we’re still at home, rather than when we wake up at 4am or are on our way to the airport. Within the hour, we had a new flight to catch at 4:54pm on Saturday. Can’t complain too much – Wynston and I got to sleep in!

Upon arrival at the airport, I was fully prepared. I had Wynston’s ESA paperwork with me and I had called ahead to secure his reservation. I also asked the American Airlines agent on the phone if I could still bring a carry-on and personal item, as well as Wynston on the plane. They stated that since Wynston is an ESA, he doesn’t count as any sort of luggage. Cool! I wanted to carry on ALL of my luggage in case there was a flight fiasco like the last time we traveled to Texas. (On a side note, flying with AA is extremely hit or miss. The phone customer service is always amazingly friendly but the airport employees are typically a different story. Flight attendants are 50/50.) 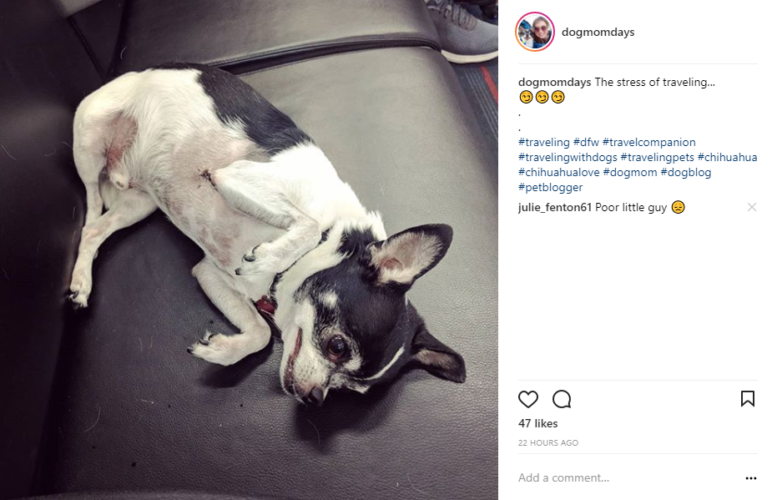 I went to the ticket counter to check in when we got to the airport, and the employee was extremely rude. She asked to see my ESA paperwork, which I had on hand, but I told her that it’s all in the system and verified. She didn’t believe me. So she looked it all up and I was right. I put my documentation away, then she told me I need to check a bag. “Really?” I said. “The agent on the phone told me that because my dog is an emotional support animal that I could still have a carry-on and personal item.” “OH! That’s right!,” she replied. “I forgot he’s a support animal.” Okay, well. That’s weird. Then, I followed up. My baggage was really heavy and I need hip surgery so I not only struggle to walk, but struggle to walk with weight behind me. “Do you think I could get some assistance with my luggage?” She rudely asked, “What do you mean? Like, you need a wheelchair?” “No ma’am. I’d just appreciate some help carrying my luggage because I have a bad hip.” This incredulous woman literally refused and turned me away….

Welp. That wouldn’t be the first time I’d run into an unpleasant AA employee this trip.

Luckily the airport was quiet, which was surprising for a Saturday. Security was a breeze, as there was no line and I didn’t feel badly because there was no one to hold up. The TSA ladies were impressed with Wynston’s calm demeanor and they were very polite. At least that process was super easy!

We got to our gate with plenty of time to spare, and that’s when I began to keep tally of all of the people who spoke of Wynston. There were lots of “Awwww, look at the baby!” and “Awwwwww, he’s SO cute! Look at him!” as well as plenty of silent smiles. Let the tally begin.

Wynston and I had priority boarding so we were one of the first to be ready at the jet way.

“She has two bags,” I heard one of the counter employees say to another.

“Oh,” I said. “I have an emotional support animal.”

“Okay well you still have to check a bag because his carrier counts as a carry-on. Do you even have paperwork?”

“Um, yes. I called and everything is in the system. They even verified downstairs. I’ve now been told TWICE that I could bring a carry-on, personal item and Wynston in his carrier, now I’m being told differently?”

The women stumbled through the computers, holding up the line. Wow. I always make sure I’m triple prepared but it never seems to be easy.

“You still need to check your suitcase,” the rude woman said. She printed a tag and followed up with, “You’ll pick this up at Dallas at baggage claim.”

“That’s not my final destination, and that’s not my name,” I said as I pointed to the claim tag.

I kind of had the feeling something like this would happen, so I had my important electronic devices in my tote bag as well as everything for Wynston. It wasn’t a problem to check my bag in the end, but it was a nuisance, especially with airlines cancelling/delaying flights like they have been as of late. I was worried my stuff wouldn’t get to me.

The good news? We had the middle seat open next to us on the airplane! It made for an extra relaxing flight. Something funny that happened was when a man came to sit in the aisle seat. I asked what I always ask on the airplane, “Hi there, are you allergic to dogs?” He looked at me with the most confused look. “Um, no?” he replied, still genuinely confused. “Okay great!” I exclaimed.” Then I heard, “Oh! You have a dog! That’s why you were asking! I didn’t even see him! I thought you were just asking me a random awkward question!” LOL. That created a few laughs in our area 🙂 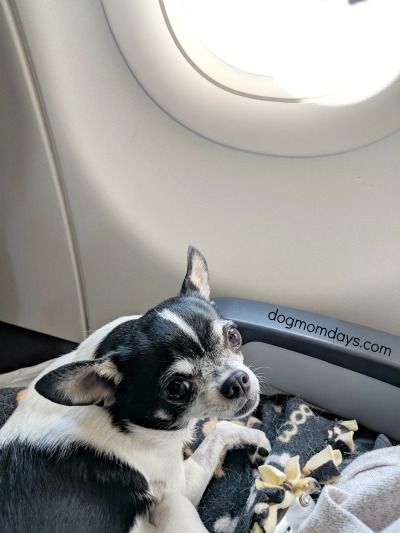 After that flight, our connecting flight to San Angelo and events leading up to it were unremarkable. The flight attendant on our 45 minute flight was really sweet. Her name was Cathy and she LOVED Wynston. That was truly the only notable thing that happened, thankfully.

We arrived around 11:30pm last night, and luckily our luggage also arrived without issue. Today Wynston and I had a wonderful, relaxing day with friends and we look forward to more of that over the next two weeks.

Now, for our tally. Here’s how many people spoke of Wynston. This tally excludes people who waved or smiled at him.

It was interesting how many people asked what breed he is. The Chihuahua is the 2nd most popular breed in Arizona so they are everywhere. I’m not used to people being unacquainted with the breed. Either way, he got lots of praise and stared at a lot of people who had snacks… 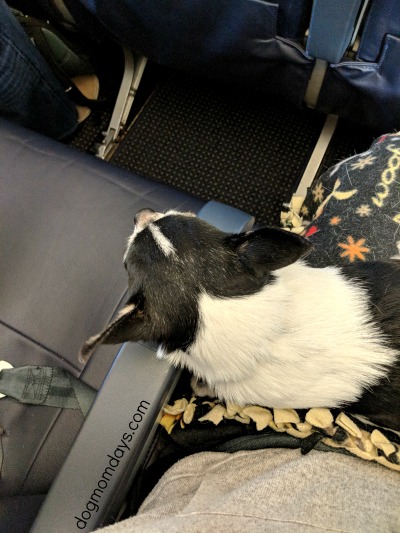 Wynston is the most perfect dog when we fly. He’s calm, relaxed and quiet. He just sleeps on the airplane no matter what. Even if there’s turbulence, it doesn’t phase him. I used to hate flying because it caused me so much anxiety but now I love it. Wynston makes everything in my life a fun experience!

We’ll spend the next two weeks in Texas. My brother and his girlfriend, Natalee, are watching my home and my cats. I know they are in the best hands possible, so a big SUPER shout out to them for helping me! In the meantime, make sure you’re following us on social media for constant updates!