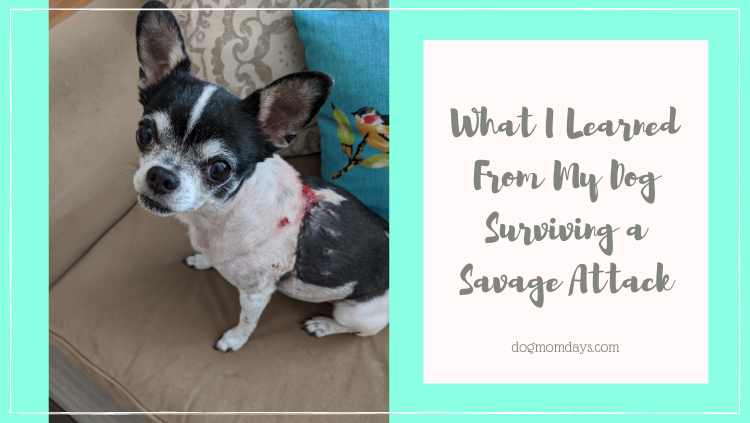 You always hear the saying “You never know how precious something is until you lose it.” Well, I believe that’s the case in some scenarios. But when Wynston, my heart dog, was nearly mauled to death by a neighbor dog, I already knew how precious Wynston was.

One month prior to Wynston almost dying, my stepdad passed away after a long battle with cancer. I thought sitting on his death bed and kissing his forehead before the funeral home came for his body was traumatizing. Little did I know what I would experience a month later.

It’s no secret that Wynston is my life. And when you see your life torn in half, bleeding and screaming in agony on the sidewalk, things change.

I’ve learned a lot from my dog surviving a savage attack. BUT he survived. So let’s talk about how I’m feeling now.

Even though Wynston is alive and mostly well now (thank God for his amazing doctors), I absolutely experienced the stages of grief after he was attacked.

Besides the obvious emotions of sadness and panic, I was extremely angry. Furious. And I honestly still am, just not in the way I was. I mean, I cannot express how angry I really, truly was. It was bad.

Although I am still angry at a number of issues regarding the situation, my emotions have shifted. I’m not as angry as I was, but I will probably harbor frustration toward the avoidable situation.

I think getting into a house will help me move on from the trauma, and we’ve been actively looking for homes.

What I Learned From My Dog Surviving a Savage Attack

It doesn’t matter how amazing of a pet parent you are – someone else’s stupidity, ignorance or irresponsible pet ownership could cause your pet’s life to end in an instant.

Now matter how comfortable you are with a situation, anything can happen.

Small dogs get attacked by large dogs WAY too often. The stories I’ve been hearing are absolutely unreal. And most of the small dogs I’ve heard about weren’t as lucky as Wynston…

Some people ignore their dog’s behavior or aggressive tendencies and won’t train them or do anything about it. So beware.

Give your dog that extra piece of steak. Take them on adventures. Allow them on the furniture. Let them participate in activities. A dog’s life is way too short, and it can end quickly without warning.

It’s okay if your dog is a little chunky. Wynston’s extra bit of weight “saved his ass,” as Dr. Roach would put it. That big dog would have punctured his lung if it weren’t for an extra layer of fat on Wyn’s back. The dog was 1/4 inch away from puncturing Wynston’s lung. Fat provided that extra quarter inch.

Do everything you want to do with your dog. Tomorrow may never come. 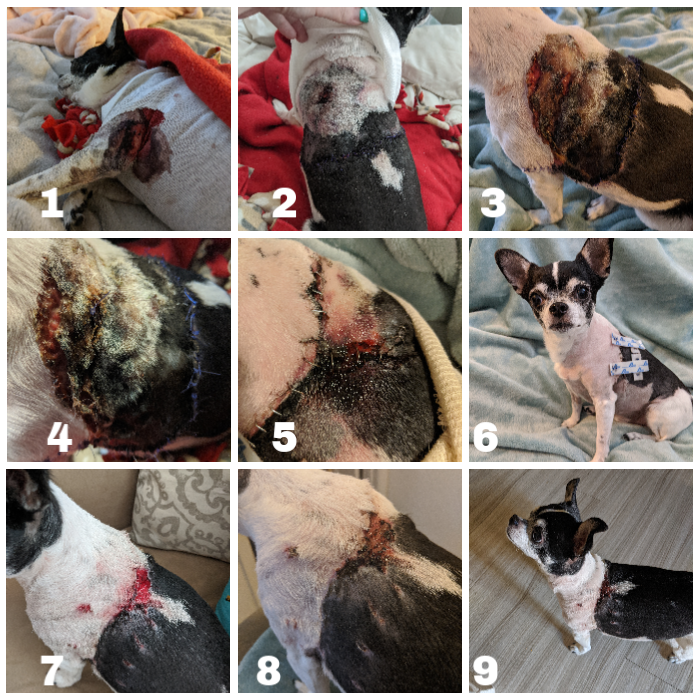 There is no wrong way to grieve and deal with this sort of traumatic event. Allow yourself to feel. Be kind to yourself. It will get better.

At one point I became so desperate for Wynston’s healing, that I literally rubbed an angel crystal on him while crying with his post-surgery body in my lap. But in that moment, it brought my peace, and it’s a moment I will always remember.

The biggest thing I learned from Wynston surviving an attack by the neighbor dog is that all of my spoiling of Wynston, all of our travels and all of the money I’ve spent on adventures is worth every single second and penny spent.