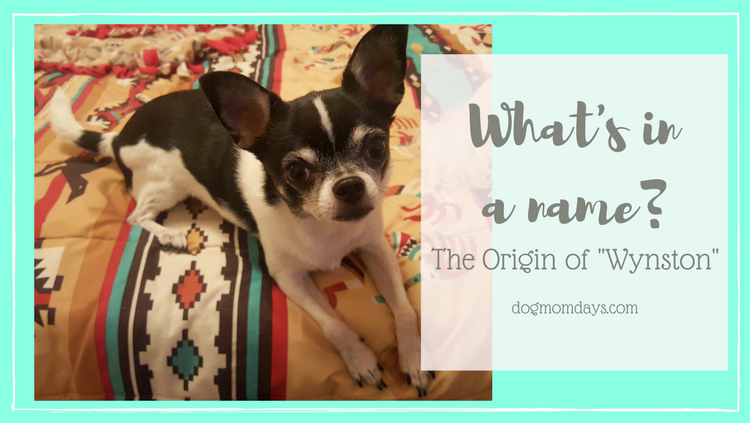 Going as far back as my memory will possibly allow me, I remember my dad always giving me “history lessons” growing up. He would tell me some random historic fact or story about who knows what…all the time. It was constant. Ironic that I would end up with a Bachelor’s degree in history and culture? I suppose my dad just had that big of an impact on me, despite my eye rolling and giggling as he’d teach me about history throughout my childhood. Secretly, I loved it. My dad was, and still is, a history buff and that’s where I got it from. I love history and everything that it teaches us. I guess you’d say it’s no surprise that my endless history knowledge would inspire my heart dog’s name. Let me share with you the origin of “Wynston.”

When I rescued Wynston I remember writing a list of names which I thought could be fitting. I recall the debate coming down to Winston and Nixon. Both names are obviously those of major historic figures. I ran the ideas by my mom and all I remember her saying was something along the lines of “OMG not Nixon! That’s such a negative name!” Okay well, I don’t want people to associate my Chihuahua with negativity, as the breed already gets a bad rap. Winston it is.

Obviously I spell Wynston with a “y.” So why the change? Simple – I’m a non-conformist. 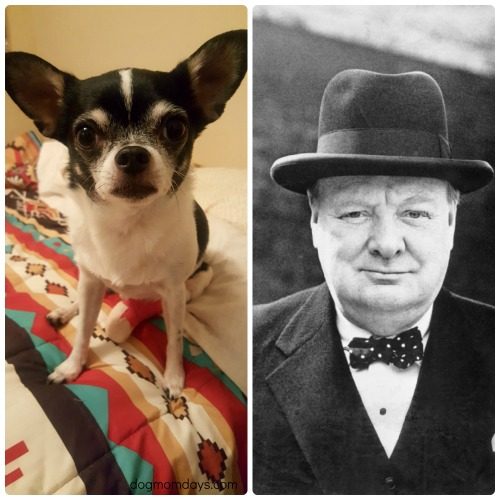 Wynston is named after Sir Winston Churchill, the late great Prime Minister of the United Kingdom. Mr. Churchill was a great leader, serviceman and writer. He led his people to a World War victory and had a close relationship with the US. From what I’ve researched about the great Sir Winston, it seems he was selfless, cared about his people and put his country above all else. He was a wise man who was respected throughout the world, and remains to be honored throughout history.

Wynston reminds me of Mr. Churchill because they both dawn a wise, intelligent demeanor. I can just imagine Wynston smoking a cigar in a fuzzy robe alongside Sir Winston Churchill. Can’t you just picture it?!

Some of my favorite Winston Churchill quotes:

“We shall never surrender.”

“Let us go forward together.”

“It is a mistake to look too far ahead. Only one link in the chain of destiny can be handled at a time.” 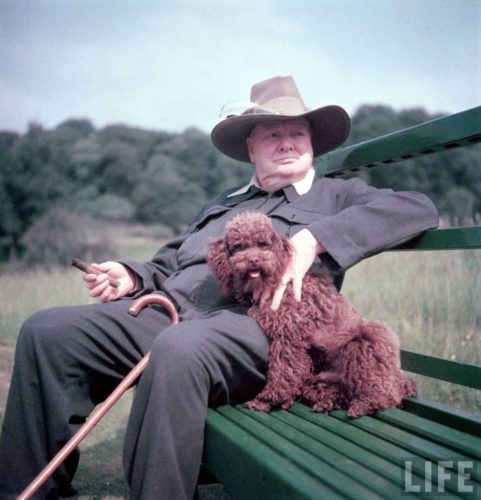 Most importantly, Winston Churchill had a dog named Rufus whom he absolutely adored. He loved dogs, which means I love him!

Is your pet named after a historic figure or someone famous? What inspired your pet’s name?