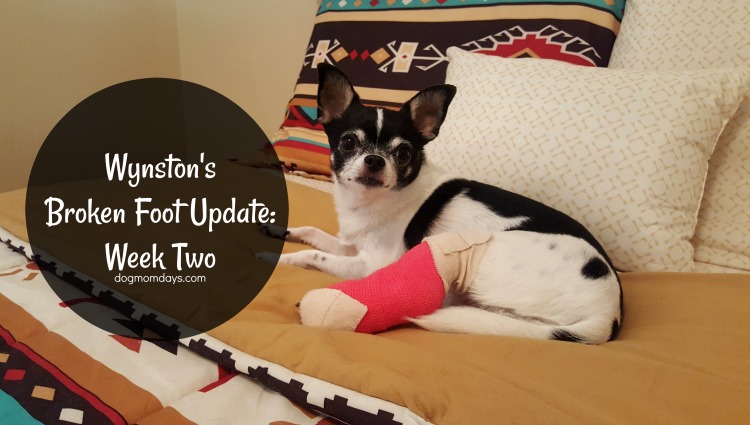 It’s been two weeks since Wynston broke his foot in El Paso, TX. Since then, we got back into town, had his foot casted and have adjusted to life with three fully-capable Chihuahua legs. The experience hasn’t been nearly as treacherous as I would have guessed, but it’s still proven to be quite the life experience.

Today Wynston had a new cast put on, as he needs to get it reapplied every week for the next five weeks or so. As he’s rocking the new hot pink look, here’s an update on how’s he’s doing!

If you haven’t read the whole story about Wynston’s broken foot ordeal, you can check it out here!

Aside from us being out of town when Wynston broke his foot, the first two weeks of the healing process have gone pretty smoothly. The most difficult part was not being six hours away from home when it happened, but having to re-cast his foot upwards of 10 times while we were gone. The very first cast was poorly applied by the emergency vet, leaving me with the task of wrapping it back up 2-3 times a day. That is until we visited our family vet, Oasis Animal Hospital, for a follow up once we got back to Arizona.

I was so relieved when Wynston got a full leg cast for his foot. I was no longer worried about his cast slipping off, and since it was more secure Wynston was able to move around more freely. He had to be on kennel rest for the first week after we got home from our trip. It wasn’t a problem because Wynston not only loves his kennel, but he chose to go in there and sleep a lot. We all know that Wyn is mellow and low-activity, so I’ve had zero issues keeping him calm. 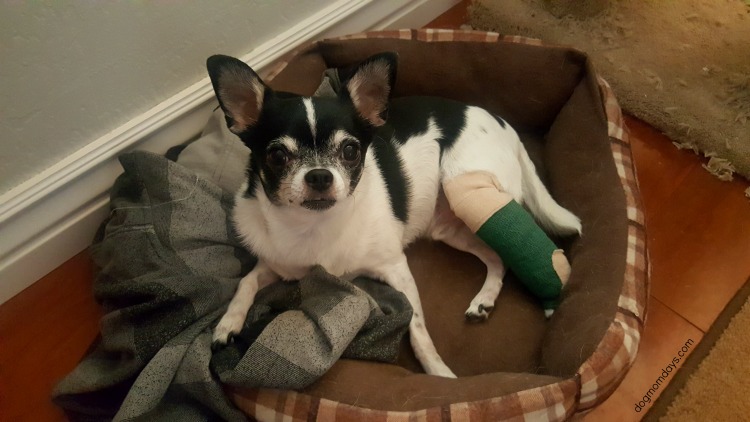 A couple of days ago (on his 6th birthday), Wynston decided he wanted to play with the new toy I got him. We played a few rounds of close proximity fetch, and it was actually really positive because Wynston started to use his bum leg a little bit. I know it’s hard with his big cast, but he didn’t seem to mind.

As of today Wynston needs to start putting some weight on his foot to help his bones heal. Natural movement of his healthy metatarsals will allow his broken ones to work properly in place and hopefully fuse together. 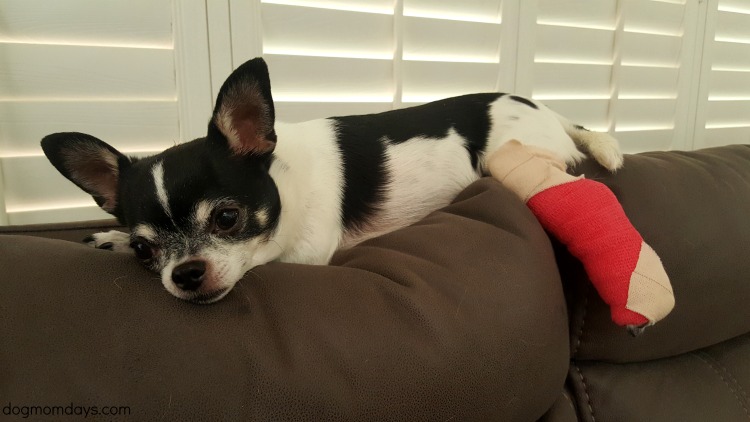 For the most part Wynston is walking around normally (as normally as he can with his cast) and using our Royal Ramps ramp to get up on the bed. He does try to jump on the couch here and there, but most of the time I can catch him before he does. I’m still closely monitoring his activity, but he’s pretty much just being the most perfect boy he can be. But, are you surprised?

Wynston is also finishing up his anti-inflammatory/pain med (Metacam) and I’m only giving him Tramadol if I feel like he needs it. From here on out we will continue to go to the vet for a new cast once a week until he’s fully healed.

Thanks for all of your continued support, love and prayers!