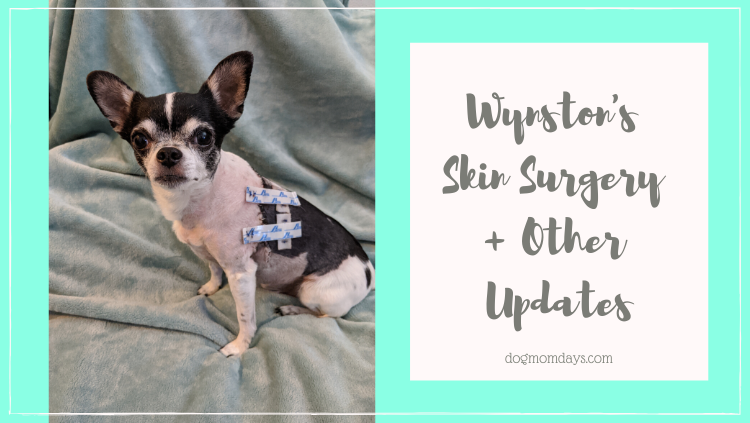 In late March I started writing an “after quarantine” goal list for Wynston and I. It included fun items like go kayaking, add more product to our store, and travel somewhere.

Now, two months later, Arizona is finally “open” again. We can walk into stores, dine in at restaurants and get our hair and nails done. But Wynston and I are still on a personal “stay at home order.” We can’t go kayaking. We can’t travel. We can’t go on lunch dates.

At least not right now.

But as I sit here, just over three weeks after Wynston was nearly mauled to death by a seething beast of an animal, I’m beginning to feel hope again for the future. Hope that we will kayak, we will travel, we will blow up our online store and go on lunch adventures again.

Wynston just underwent a second surgery. This one was more “corrective” than “life-saving,” as the first surgery was. I knew that most likely he would need a skin surgery due to the severity of his traumatic wounds, but it hasn’t been easy.

On Wednesday, May 13, we visited Cross Winds Animal Hospital for the umpteenth time. (Although I’m not REALLY complaining because I love the ladies there). We dropped off lunch for the hospital staff, and Dr. Roach took a look at Wynston.

I wasn’t expecting what she was going to tell me, which was that Wynston needed skin surgery…stat. Dr. Roach didn’t feel comfortable putting Wynston’s skin back together this time, so she called in a specialist.

While we were at the vet, she spoke to a surgeon over at VCA Areka in Mesa, AZ, Dr. Roman Savicky. Dr. Roach knows him personally, and trusted that he would be able to give Wynston the best surgery possible to reconstruct his skin.

Within an hour, Wynston was in the hands of Dr. Savicky at VCA. He is a veterinary specialist. We discussed all of our surgery options (3 total). Unfortunately with Wynston’s unique situation, there hasn’t been a clear cut treatment. But with the information Dr. Savicky gave us, Jordan and I decided to go with option #3. After we chose, Dr. Savicky agreed that was the very best choice.

Dr. Savicky didn’t really know what he was up against. He was able to LOOK at the skin and devise a plan, but he wasn’t sure how Wynston’s body, skin and tissue would act when it was time to reconstruct.

Turns out, surgery went better than expected. The doctor was able to completely close up Wynston’s wounds without having to attach skin flaps or do any sort of graft.

He did have to pull the skin together and staple it. Wynston had enough elastic skin to pull everything closed. Thank God!

The first days after Wynston’s reconstructive were incredibly difficult – even moreso than the initial surgery. Wynston wanted to sleep for three days.

Ultimately we need Wynston to rest, but on Friday night he started panting heavily and shaking. His surgery site where all of the staples come together at a “V” shape was bleeding. So I took him to emergency.

We went back to VCA Areca, where Dr. Sessink (veteran emergency doctor) saw Wynston immediately. Surprisingly, he was happy with how everything was looking, despite the bit of bleeding. He put Wynston on another pain medication and antibiotic and sent us on our way.

Since then, Wynston has been doing better. After he got over the initial feeling of his skin tension, he began to get more comfortable.

One week after his skin surgery, Wynston is doing amazingly. I don’t want to jinx it, but I am feeling extremely hopeful. While there is still a small area of skin that I am worried about dying, I am happy overall. Even if Wynston does lose that piece of skin, at least it’s a fairly small area.

Wynston was initially put on four medications; Clavacillin (antibiotic), Gabapentin (pain/nerves), Meloxicam (pain/inflammation), and Proviable (probiotic). He was then put on a second antibiotic, Cefpodoxime. Lastly, he was prescribed Codeine (pain, as needed) and Enrofloxacin (antibiotic).

He’s done with his probiotic, and I have substituted a gut health treat. I am now giving Wynston these pumpkin Instinct Freeze-Dried Raw Boost Mixers. They are a miracle for bowel movements. Wynston didn’t poop for five days after his second surgery until I gave him these treats!

Wynston is only on two antibiotics now. I eliminated Cefpodoxime. Dr. Roach gave me the option to stop it, and I decided to do so. I chose to eliminate it from our medicinal routine because it causes GI upset and lack of appetite. Wynston has lost 2lbs since surgery, and he was having issues pooping, so I felt comfortable stopping it. Wyn is down from 11lbs to 9lbs, and I don’t want him to lose any more weight.

We are down to giving Wynston Gabapentin twice a day, rather than three times. However, I am going to talk to Dr. Roach about potentially stopping it soon. I don’t feel it’ll be necessary much longer since Wynston is comfortable.

So, with all that being said, Wynston is currently down to taking four medications regularly, rather than seven.

We are still doing warm compresses. Wynston loves them, and they are helpful for his recovery.

Since Wynston’s appetite has been waning, I started giving him Stella & Chewy’s Freeze-Dried Turkey Patties in the morning for breakfast. (And Penny too, of course)! They are freeze-dried, high-quality and absolutely nutritious. The patties make a great meal, food topper or treat. They are a big hit with my kiddos.

How do you administer all of Wynston’s medications?

HOT DOG! Wynston is smart. TOO smart. I cannot wrap meds in a piece of meat or mix it with something. Wynston won’t fall for it. EVER. If he smells it, he either won’t eat the meat/food, or he’ll eat around the pill and spit it out.

Instead, I microwave some hot dog for 30 seconds. I then let it cool down, and cut it up into small, thick pieces. I make a small incision in the hot dog, then slide the medication inside. Boom. The medication cannot be seen, and it’s completely buried in the hot dog. Delicious! I make sure to give Wynston plenty of tiny, non-medication filled pieces also.

Two of his medications are liquid, so I administer them with a syringe. Wynston doesn’t mind one bit.

Does Wynston have Velcro attached to him?

What kind of dog attacked Wynston?

It was NOT a pit bull. It was a large, mixed breed dog. Probably 150lbs or so.

Were you on a walk?

No. The dog jumped a cinder block wall to get to Wynston.

Is the dog gone and have the neighbors been evicted?

The dog is gone. The neighbors are still there. They have not been evicted.

What’s the plan from here on out?

Wynston is constantly getting checked by Dr. Roach at Cross Winds. We go for our next follow up on Friday. Then next week we see Dr. Savicky, the doctor who performed Wynston’s skin surgery. We will find out if Wynston needs a 3rd surgery, or if the staples can come out and he can continue to heal naturally.

Are the neighbors reimbursing you?

Thankfully the neighbors have liability insurance. They filed a claim, so ultimately we “should” be reimbursed for every penny spent, including Jordan’s physical therapy bills. So far all of our bills have costed upwards of $5,500.00. Surgeries alone were over $4,600.00. Once we believe we’re out of the woods with Wynston’s medical care, we will close the claim so they’ll pay us out. (Hopefully).

If for some reason it doesn’t go as planned, our attorney will take action.

Blog post update #1 with “before” photo: Wynston Almost Died: The Entire Story of His Life-Saving Surgery 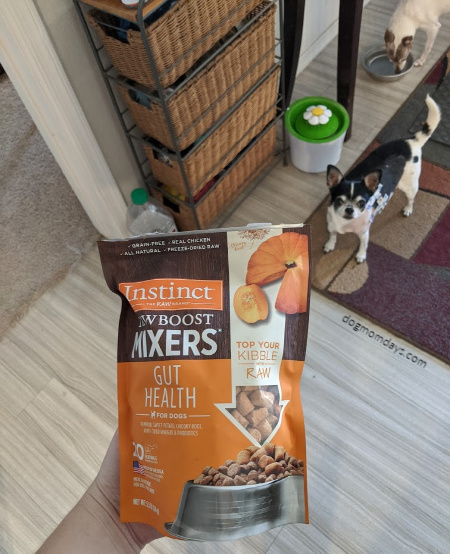 In the meantime, I’ve been transforming the patio so Wynston and Penny have a lovely, safe outdoor space to relax and do their business. Thanks to the ladies who gifted us with artificial turf.

Overall I’m feeling good with the way things are progressing as a whole. I’ve done better with the situation since focusing on one day at a time.

A massive heartfelt thanks to everyone who donated to Wynston’s GoFund Me. You all made this so much more bearable since I didn’t have to worry about surgery cost up front. We love you all SO much.

Here’s to the next stage of Wynston’s recovery and healing! Cheers!