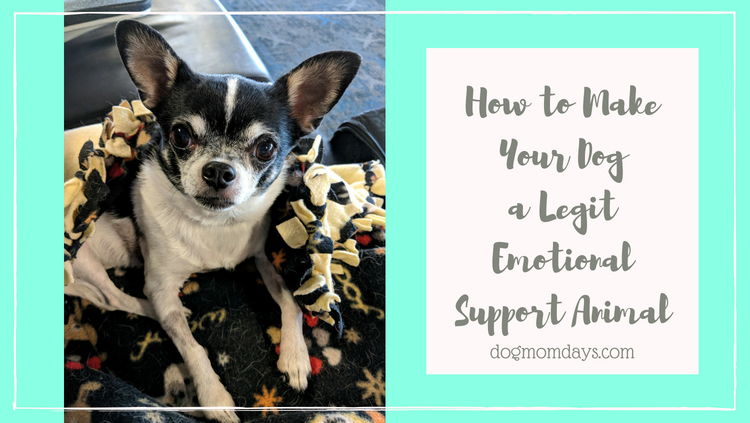 What is an emotional support animal?

An emotional support animal (ESA) is a companion who offers relief from unfortunate mental symptoms, such as anxiety and depression. They are not the same as service animals. Emotional support animals can be necessary from those legitimately battling some form of crippling anxiety, which is why I made Wynston an ESA.

I travel a lot, and I suffer from debilitating anxiety when I travel via airplane, or when I’m in a cramped social situation. I’ve been treated for such mental disorders outlined in the DSM-IV since I was about 17 years old. The same doctor has been treating me all these years. When I began flying with Wynston regularly I noticed that I no longer had a need for anxiety medication on the airplane if I had Wynston with me. That’s when I decided to seek out more information on making Wynston my ESA.

Fast forward. I did my research and reached out to American Airlines, and that’s when I found out that the only LEGITIMATE way to make Wynston an ESA was to go through my doctor.

How do I make my dog an emotional support animal?

You cannot register your animal on an “emotional support animal website/registry.” They are not legitimate (despite how “professional” they may look) and you will literally throw away $60. Not to mention the fact that you make it more difficult for those of us who truly need an ESA.

Airlines will not recognize anything from an “ESA Registration” website. They require a letter from a doctor who is treating you. The last couple of times I flew, airlines were triple checking my doctor’s documentation at the airport. I’d suggest not lying or using a website “registration.”

The process to make an emotional support animal is cut and dry.

You need an official letter from a doctor or mental health professional who is treating you for a mental illness outlined in the DSM-IV.

It infuriates me that people want to make their dogs emotional support animals just so they can fly for free or be allowed in some places that pets are not allowed. I legitimately need an ESA for specific situations due to mental illness that I am being medically treated for. People that try lying about it, or people who buy from those fake websites, just make it harder for me. So please don’t.