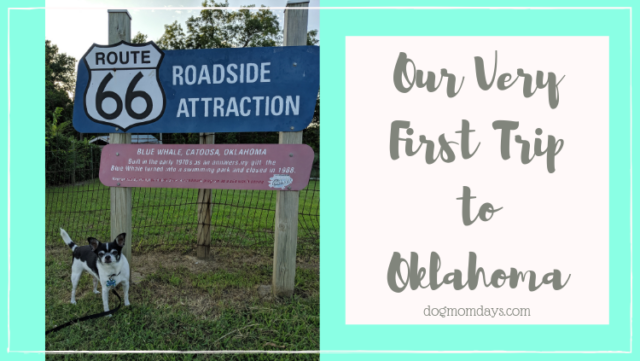 Oklahoma was never on my “to visit” list. Like, ever. In fact, it was more likely on my “will probably never visit there” list. But things change, and I went from saying “I would never live in Oklahoma” to “I would absolutely love to live here” after visiting the beautiful state for my first time. My trip did not go as planned, however. I got really freaking sick the morning after I arrived into town. I did my best to salvage what I could of our first time there, and I got some fun pictures of the very little time we spent outside the hotel room.

Our Very First Trip to Oklahoma

I didn’t know what to expect of The Sooner State. I knew it was humid and they get rain. I also knew it was smack dab in the middle of Tornado Alley, which is one of the reasons it was on my “will probably never visit there” list. Despite all of my preconceived notions about good ol’ Oklahoma, Wynston and I packed up super early Monday morning and hit the skies. 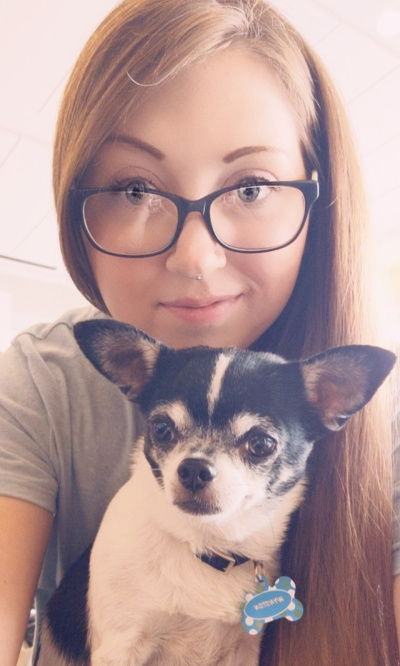 Our travel day, though early, was rather flawless. We got upgraded to business class, so we had a lot of space. It was wonderful. Wynston was the perfect traveler, as he always is. 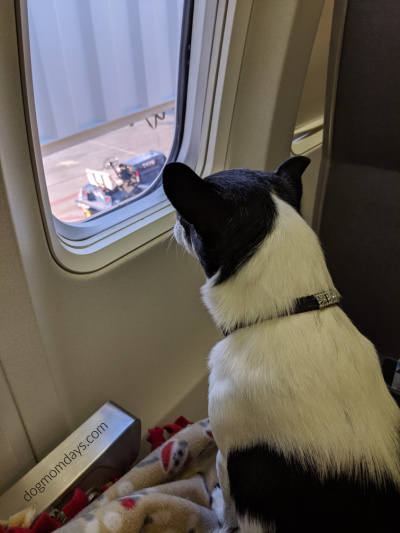 We arrived in Tulsa, OK around 3pm on Monday. It was humid, but beautiful outside. Our hotel was about 10 minutes from the airport. We stayed at the Catoosa Inn & Suites, and it was…bad. The customer service was terrible. The grounds were…iffy. There were some shady characters around. I definitely wouldn’t stay there again.

Wynston and I had a good Monday evening and went to bed early that night. Then I woke up puking at 6am the next day… 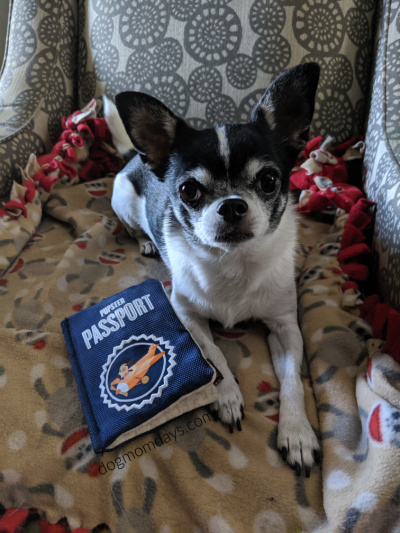 I woke up suddenly at 6am and felt nauseous. I got out of bed to go to the bathroom and as soon as my feet hit the floor I started vomiting everywhere. I’ll spare you the details, but it was bad. And it got worse.

Tuesday was a rough day. I lost the entire day being sick in bed. All I did was drink Gatorade and sleep. I ate some crackers there and there. It was awful. In my opinion, vomiting is the worst thing EVER. So to be doing it while traveling was just horrendous.

My initial thought was that I had food poisoning. I didn’t have any symptoms of the flu. I wasn’t running a fever or anything. But the fact that I was super sick and not in my own bed was super tough.

By Wednesday morning I was feeling considerably better. I rested and was able to get some work done. That evening I was able to eat a salad for dinner. It was nice to consume something of substance.

Thursday was the 4th of July. I spent the first half of the day working, then around 3pm I went to meet my boyfriend’s parents for the first time. Eeek! I’m happy to report that everything went well 🙂 After a fun dinner, we all went to Bass Pro Shop to do a bit of browsing. Then, it was really time to party.

I still didn’t have much of an appetite and my energy wasn’t 100%, but I was traveling, damn it, and I wanted to go have some fun! So my boyfriend and I went over to the Hard Rock Hotel & Casino in Tulsa. It was SO much fun! I played Blackjack for about 2 hours (would you believe I broke even?!) and we enjoyed a live band. I’m glad I was feeling well enough for my honey and I to get out and do something fun.

Now let’s talk about the Blue Whale in Catoosa, OK. That thing is CREEPY! The concept is neat. It’s on Route 66. The little pond used to be a popular swimming spot. But that whale…yeah. Creepy af. Wynston wasn’t a big fan of it either. But it was totally random and really super cool. It’s definitely a must-see if you’re in the area. 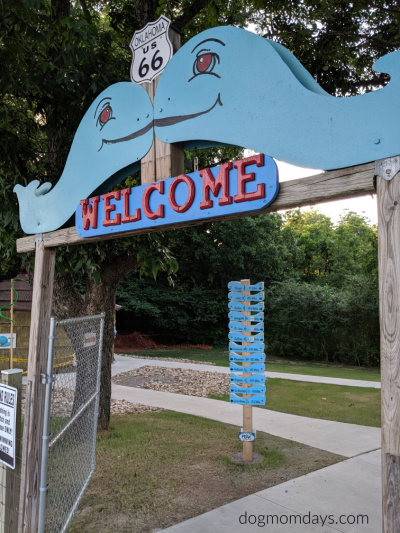 The pond in which the Blue Whale sits used to be a popular swimming spot for the locals. There are slides coming off the whale and into the water, which I’m sure were very fun to use at one point! 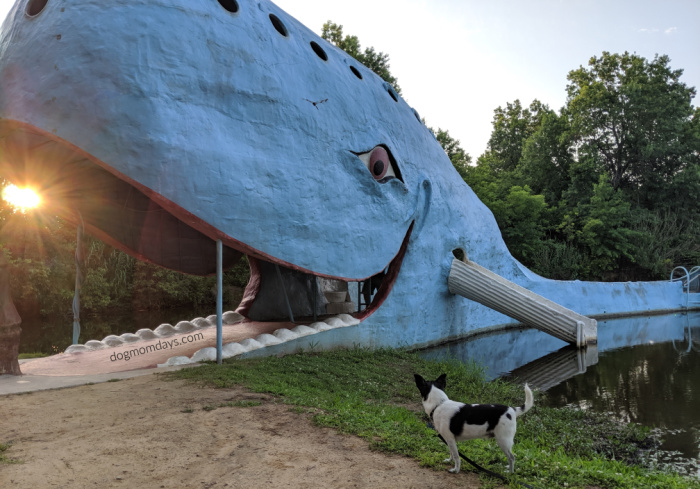 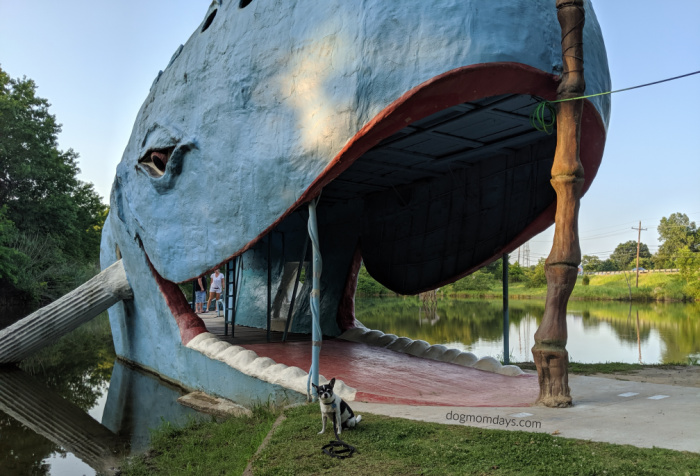 There was a small hidden trail near the whale’s mouth, so me being me, I beckoned Wynston over and we went on an adventure. After noticing I was gone for a while, my boyfriend finally came up behind me on the trail. He panicked because I disappeared. Oops! But that’s just what Wynston and I do – see something cool and go after it! 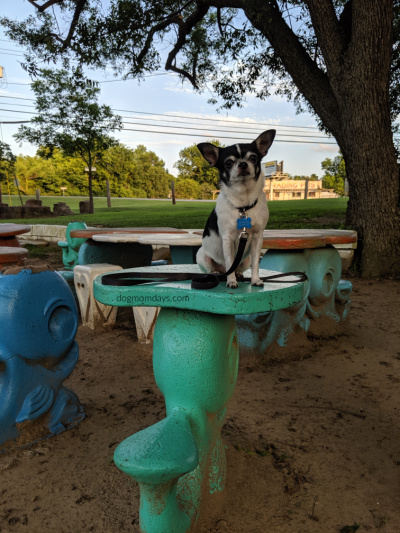 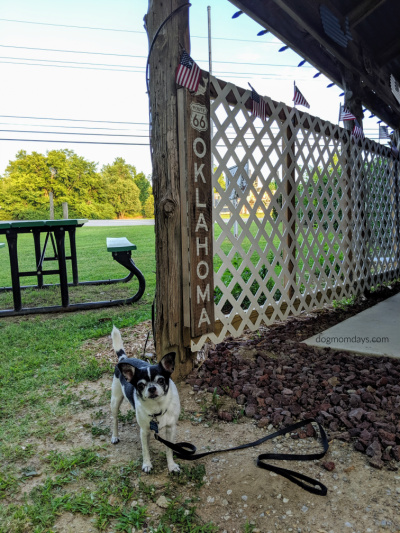 Our trip to Oklahoma was interesting. I tried REALLY hard to make the best of the moments I felt well. Although I’m not happy that I wasted time being sick, I can confidently say that I didn’t let it completely ruin our visit.

Oklahoma is a gorgeous state. I underestimated the possibilities, and I look forward to going back so I can actually enjoy it.

Click here to learn more about flying on an airplane with your dog!