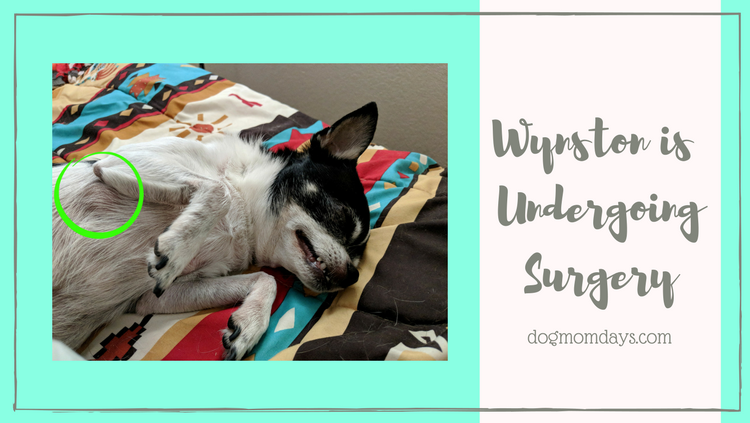 Wynston is undergoing surgery on Monday, April 2nd to have a lipoma removed. While lipomas are common, especially in dogs such as Labradors, I’m not comfortable with how quickly it’s grown. So what is a lipoma, and why am I choosing to have it removed?

What is a lipoma?

A lipoma is a fatty mass typically situated between the skin and underlying muscle layer. They are fairly common for dogs, just as they are for humans. Lipomas tend to be harmless and slow growing, and often don’t need to be removed.

So why is Wynston undergoing surgery?

I first noticed the lipoma under Wyn’s front right leg in October. It wasn’t visible to the eye initially – I could only feel it. Fast forward five months later and it’s HUGE. Wynston can’t even put his leg flush up against his body. While I can move the lipoma around and push it without Wynston being in pain, the rate at which it’s grown is startling. Back in January I took Wynston to the vet to have Dr. Beger look at it again (she had briefly felt it when I first noticed it because Wynston still had a broken foot at the time). She was surprised by how big it had gotten, and so quickly. I remember watching her immediately as she felt the lipoma and her face when from smiling and happy to serious. “Um, let’s take it out,” she said. I didn’t think twice.

Unfortunately I’ve had to push Wyn’s surgery back twice due to moving and traveling, but Dr. Beger agreed that it’s not life threatening. There is a chance that the lipoma will come back after it’s removed, but I want it taken out and tested to be sure. Peace of mind, you might say. 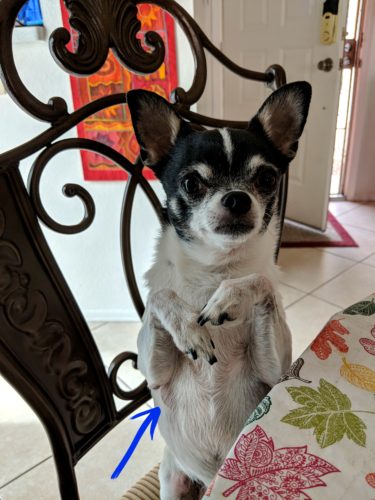 Could we go on without having the lipoma removed? Sure. But again, at the pace at which it has grown, I’m not comfortable doing that. I want that nasty thing gone and sent to a lab to test for any sign cancer or other health issues. I’m guessing it’s just a regular ol’ fatty mass, but you never know! And being the overprotective dog mom that I am, you bet your butt I’d rather have it taken care of.

Tomorrow morning I drop my son off at 7:30am. I will receive a phone call when Wynston is out of surgery, then when he’s ready to pick up. You know I’ll be a nervous wreck because I hate putting my boy through such trauma, especially when he just got over having a broken tootsie!

Please send my boy prayers, thoughts and positive vibes! I’ll keep you all updated tomorrow as the day progresses.