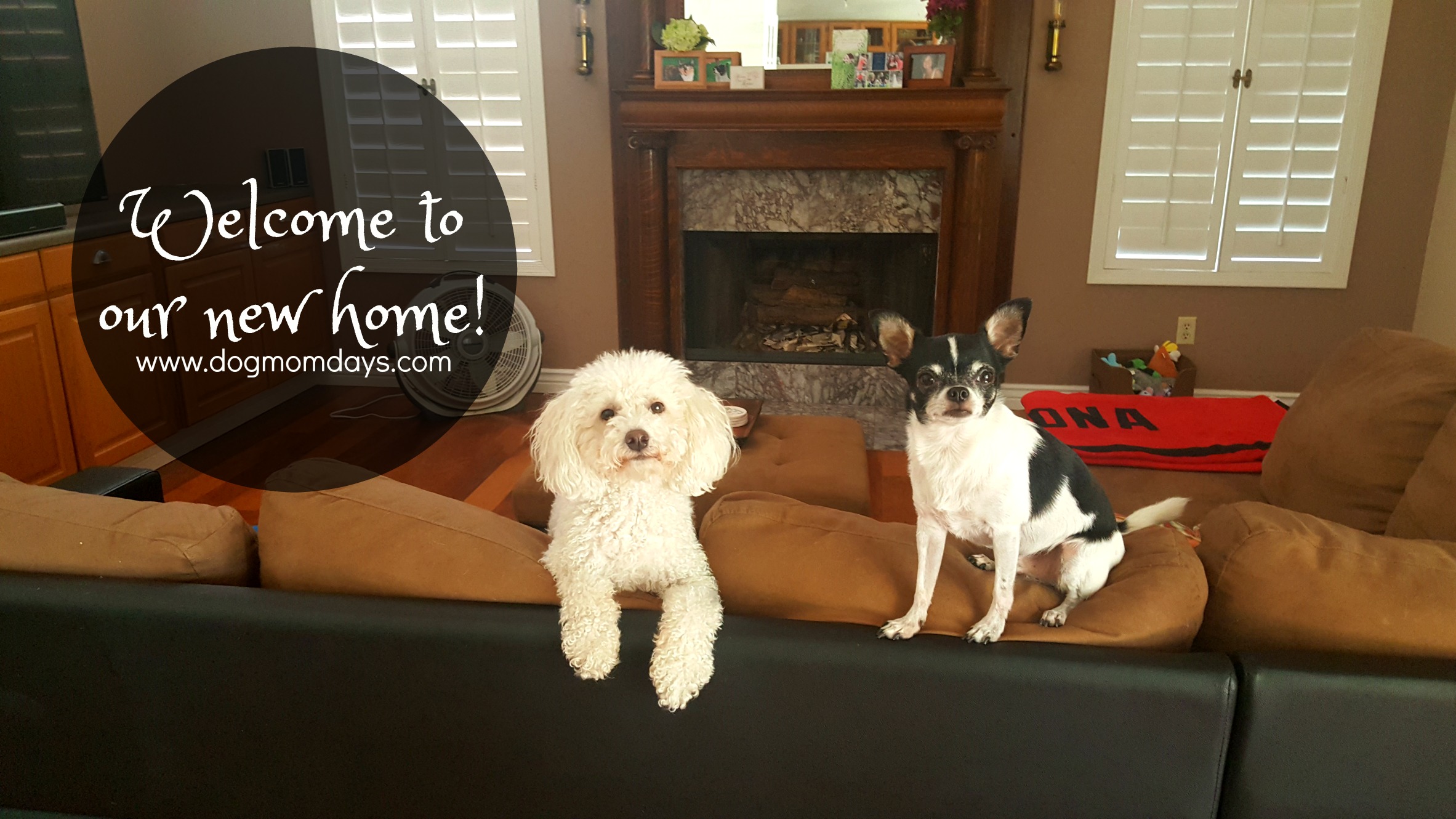 After one official day of moving and three unofficial days of moving, we’re finally settled into our new home!

Matt and I got the keys to our new house in Chandler, AZ on Thursday June 30th. Initially we weren’t supposed to close on the house until that evening but we ended up getting the keys in the morning. Matt and I took full advantage. We were scheduled to pick up our moving truck on Friday at 6pm, so on Thursday we started preparing the ugly, pea soup green kitchen for painting. Then the work began.

On Thursday Matt and I brought a load of items over to the house in our SUV and we made a run to Home Depot for paint. We decided on a very light gray for the kitchen in an attempt to bring out the grays in our granite counter tops. With supplies in hand, we set off to tape up the kitchen so we could complete the paint job on Friday. Little did we know how long it would take!

I’ve been painting the interior of houses since I was little. It seems like my parents were always painting rooms in our various houses, so of course I wanted to help! Let me tell you – it really came in handy for painting my own home! What I wasn’t prepared for, however, was all of the nooks and crannies there’d be and how long it’d take to prime. I’m not used to priming walls but it took much longer than painting. And it was a pain in the neck. Literally.

If the kitchen didn’t have vaulted ceilings, it wouldn’t have taken so long, buuuuut 12 hours later we were finished. For the first few hours I kept having thoughts like “Ugh we should have just dealt with the green for now” or “Maybe we’ll just do half today and half another time.” Matt and I were so determined that by 11pm Friday night, the kitchen was done. Once we took off all the tape and cleaned up, it was SO worth it. Now our kitchen looks beautiful and bright instead of dark and cramped.

Saturday was our big moving day. I only got five hours of broken sleep (we had a lot to do and I was super excited) but I was ready to go! The first thing I did was pack up my five animals so I could bring them to the house. I had to secure them so we could move and keep the doors open without my kids escaping.

Moving cats is always stressful but it’s 10 time worse with a disabled cat. His stress levels were SO high that I thought he was going to have a heart attack. His meows were dreadful and he was panting. With the way Joey was acting, you would have thought that I was abusing him but I guess a 10 minute car ride is abuse in his book…

After getting the cats and dogs settled into the new house, it was time to get everything going. Matt had already been packing up the truck at the old house with some of his friends and by the time I got back there, they were ready to head to the new house. I had spent the morning being stressed because my animals had bad anxiety but I felt better once they were moved and safe.

Matt and I spent our entire Saturday moving. We had a lot of help, which was great because I can’t lift much due to my bad hip. I appreciated all of Matt’s friends who helped and my mom and stepdad. Between all of us, we got mostly everything moved on Saturday. There are a few small things to still get at the house but we’ll move them in the next week when we go to clean up.

Sunday was spent unpacking and cleaning up. I’m a very organized person so seeing all of the boxes around the house is not fun for me. Today is Tuesday and I can happily say that I maybe have 5-10 boxes left to unpack, and most of them are going to be put in storage.

Yesterday for the 4th of July we had my mom, stepdad and stepsister over. It was a chill day, as Matt and I were incredibly exhausted from four straight days of painting and moving. I did manage to get some festive decorations up but for me that’s relaxing. I love decorating and making my house look pretty! Now I’m especially motivated to do so since we actually own our home.

We’ve officially been moved into our home for about four days and I’m happy to report that everything is coming together nicely! I’ve been swimming in our pool everyday and the animals are absolutely loving the house and yard. Wynston, Khloee and McKenzie Rae have been sleeping soundly each night because they spend their days running in the backyard. Sadie has done really well with the new house transition and Joey is coming around. He’s been venturing out into the house on his terms and he seems to be okay with it so far.

In the meantime, Matt and I pulled down some ugly cabinets that were in the family room and we’ll be selling them this coming weekend. It really opened up the space and made the fireplace more of a focal point. Matt has yet to put his studio together and our den is still in shambles. Right now the boxes we have yet to unpack are in our living room because we don’t have a formal furniture set for that room. My mom did get me some super cute home decor items which I will be leaving in the living room for now!

Overall, the move was a success. Now that all of the main unpacking is done, I’m trying to take it easy. I’ll get the last several boxes unpacked within the next few days. My brother comes home on leave from the Army in a couple weeks so I’m excited to have the house looking nice for him to stay and enjoy. There will be more updates soon and we have some fun giveaways happening on the blog in the next month so stay tuned for those!

Hope you all had a wonderful 4th of July weekend!