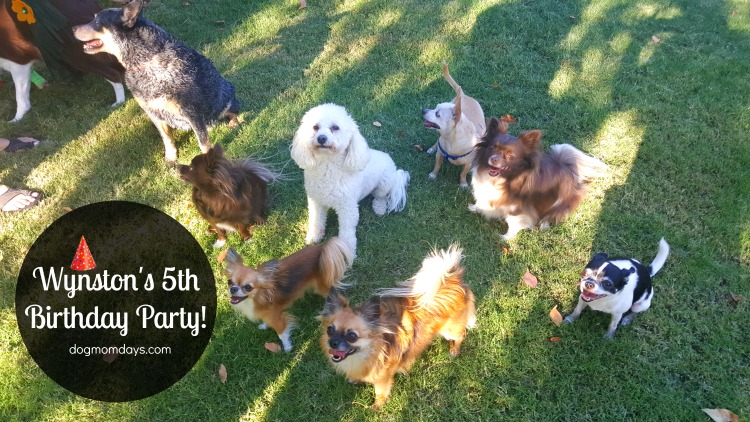 It seems like just yesterday that Wynston came into my life. That was 4.5 years ago! Time sure does fly, although I wish it would slow down for the sake of my animals. The thought of them getting older truly saddens me. Although Wynston is five years old now, I know he has at least a decade of life left to enjoy! The smaller the dog, the longer the life. With that being said, I don’t take any time with my babies for granted. I’ve thrown Wynston a birthday party since 2013 so this year was no exception, especially living in a bigger, more dog-friendly house! We had so much fun with our friends and I really appreciate everyone who took the time to come see our new house and celebrate another year of Wynston’s life.

This year’s doggy birthday party theme was “Luau.” I had some cute island decor around the house and we feasted on lots of delicious food which included pulled pork sandwiches that I made and lots of snacks and sides. The food was mostly gone by the time everyone left, so I’d say it was a hit!

We had a bucket of goodies for the “best dressed” at the party and that went to Sonic (the Border Collie below). He was in a magnificent grass skirt and lei! The bucket contents consisted of two toys, a ghost cookie treat and a $25 PetSmart gift card. 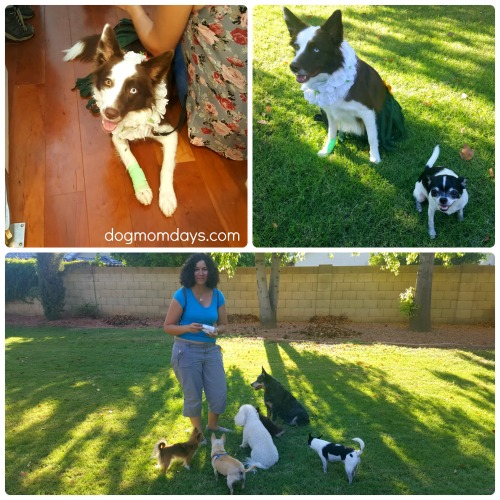 Our human guests this year were my mom, Andria, Paul, Laura, Dan, Lisa, Tiffany, Sharlie, Albert and Linda. There were a total of 11 dogs. The best part was watching Tiffany’s dog, Bella, swim in the pool! She absolutely loved it and it made me really jealous that I don’t have a dog who enjoys the pool that much. The other dogs had fun romping around in the rest of our backyard, which has plenty of space for lots of doggies! Our backyard is mostly shaded in the afternoons so although it was hot, it was bearable to be outside.

So how’d McKenzie Rae do?

When we greeted Bella and Tiffany at the door, McKenzie Rae lost it, which lead to her having to stay in the master bedroom for a majority of the party. After most of the dogs had left we let McKenzie Rae out to be around Sonic and Bella, who are two mellow, well-behaved dogs. McKenzie Rae did extremely well! She was a little skittish around all of the humans but she did a lot better than I thought she would. I was very happy to see her being so chill around a full group of people and two new dogs. We are definitely making progress.

The last of the party animals (pun intended) left around 6:30pm and the party started at 3pm! You can imagine I had three tired dogs after all of the running around and food they got from everyone. Our generous guests brought Wynston a lot of great presents and so far every single one of the toys has been played with by Wynston, McKenzie Rae and Khloee! Wynston has been trying to give all of his toys equal attention but he will be the first to admit that it’s tough sometimes… 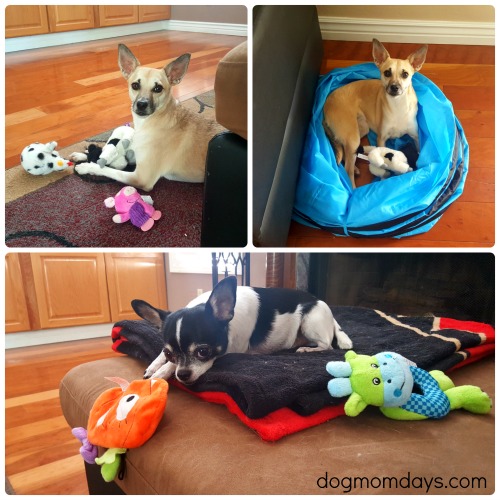 A big thanks to everyone who came over to celebrate with us yesterday. It’s pretty crazy that my baby boy is five years old, but here’s to many more doggy birthday parties! 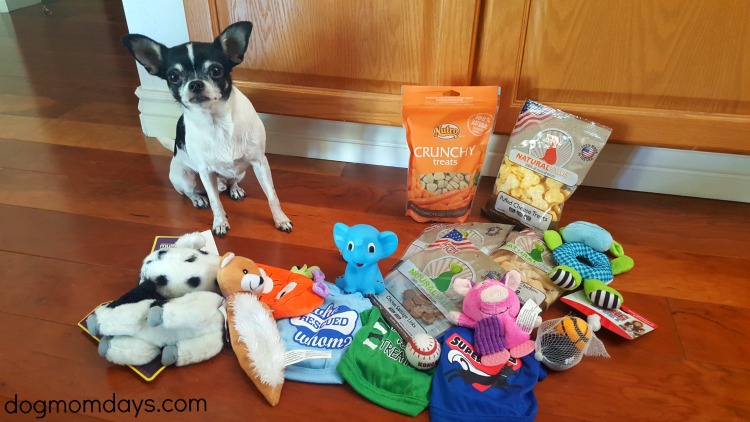