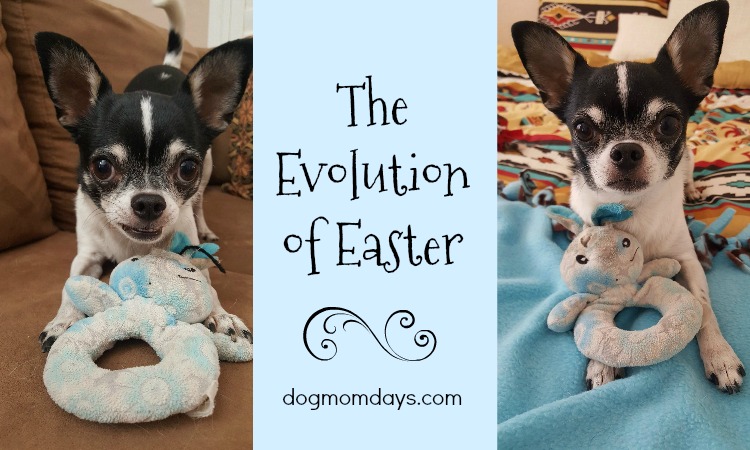 I rescued Wynston in February 2012. He was about 2.5lbs of skin and bones. Wynston was deteriorating from neglect and abuse, but little did he know what type of life he’d come to live.

I remember having some toys for Wynston when I first brought him home, but my fondest memory was going to PetSmart a few weeks after rescuing him to pick up some extra goodies. “Easter” became part of our family that night!

I can’t believe that I still remember walking up to one of the center displays of Easter toys at PetSmart that evening after work. It was March so Easter was on it’s way, and there were plenty of cute bunny, chick and egg shaped toys for me to choose from. The blue Easter bunny spoke to me so I took it home to Wynston.

Wynston knows his blue Easter bunny as “Easter.” It was his favorite toy then, and five years later it’s still his favorite toy. Despite a small hole in it’s head and a torn ear, Easter is still blue and in great shape considering how old it is.

This is the first photo I ever took of Wynston and Easter. We were living in my one bedroom apartment and I was single at the time. So weird to think about… 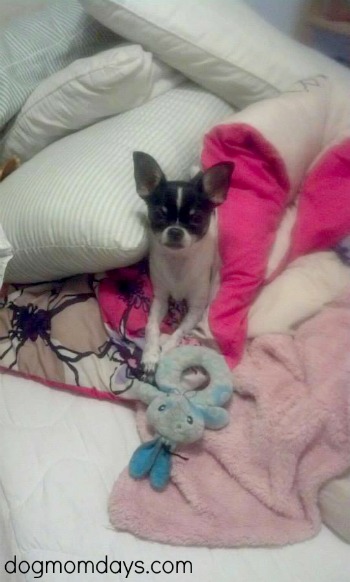 The photo is poor quality because I took it with a smartphone, and five years ago smartphone cameras were not that great. Despite the quality, I’m SO glad I have this photo. It brings back so many memories.

Next are more photos of Wynston and Easter throughout the years. 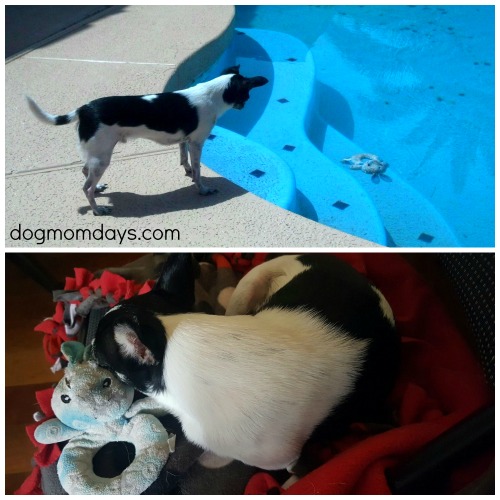 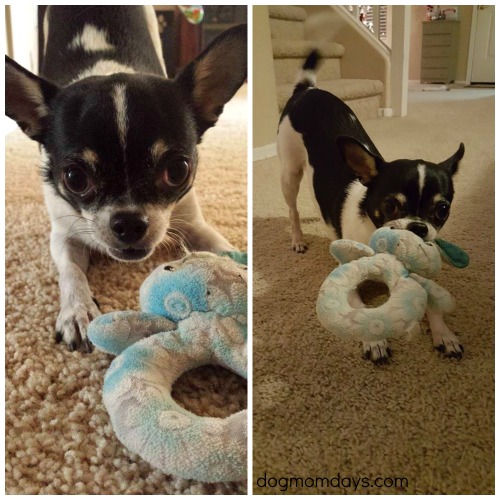 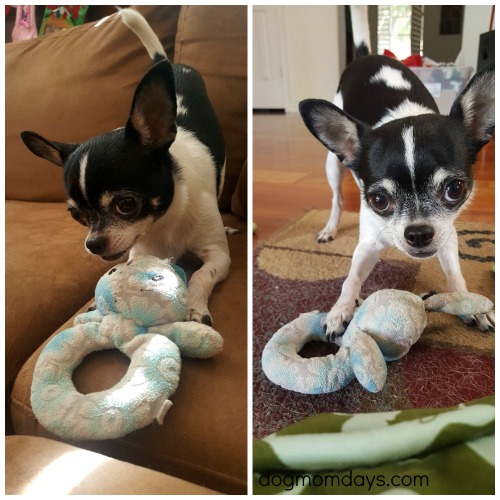 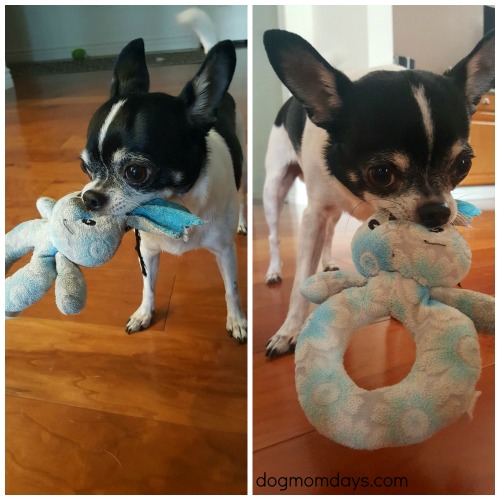 And the most recent photo (as of March 2017) of Wynston with Easter. Gotta love the improved smartphone picture quality 😉 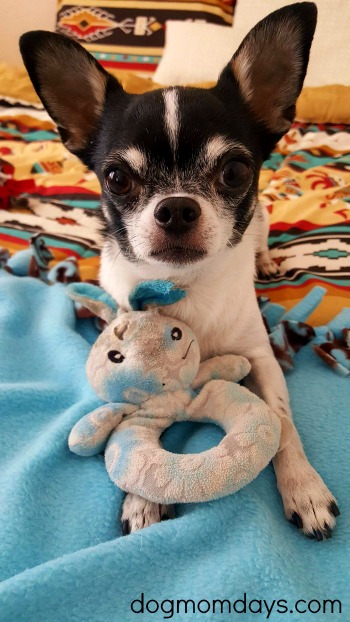 I never take Easter with us on trips or outside the house because I would be absolutely devastated if anything ever happened to it. I hope to have Easter forever, as it will represent nothing but happy memories of my boy.

Does your dog have a favorite toy that they’ve had for a long time? What is it?