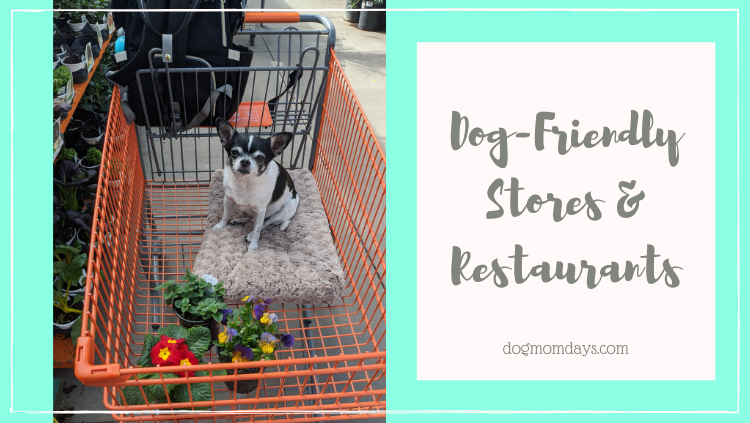 Recently I was talking to one of my neighbors as we ran into each other while walking our dogs.  We were gabbing about how beautiful the weather is but that it’s been unusually hot lately.  The topic of Arizona summers came up and we discussed how it’s nearly impossible to walk our dogs when it’s 115°.  It’s just WAY too hot for ourselves and our dogs.  That brought us to talking about dog-friendly stores because it’s nice to be able to walk our dogs around air conditioned places.  With that being said, here is a list of dog friendly stores and restaurants, although there may be others in your area that aren’t on the list.

Dogs are only allowed on the patio. 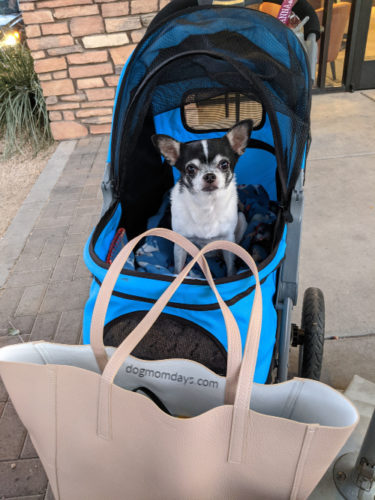 * indicates I have eaten there with Wynston before.

These places offer dog treats or a special doggy dessert in the drive thru.

I know that there are probably several more stores and restaurants that allow dogs. Keep in mind that it is typically up to each store manager’s discretion as to whether or not dogs are allowed in these locations.

Are there are specific dog-friendly stores and restaurants that you take your dog to?  What locations do you take your pups to that aren’t listed?